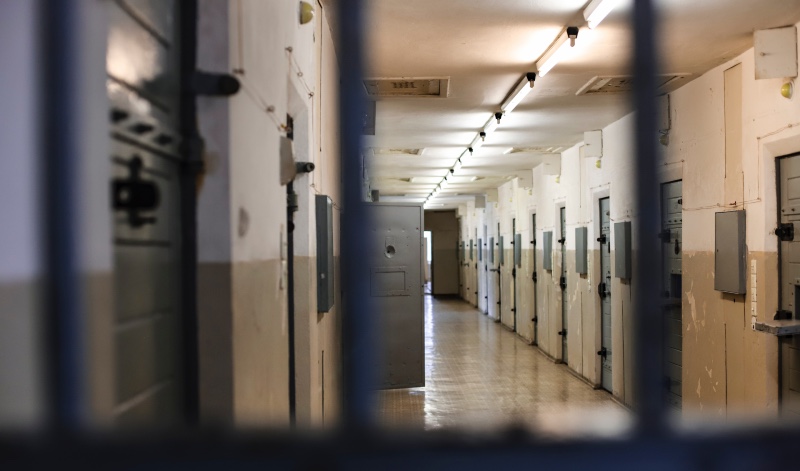 For cannabis, the war on drugs disproportionately targeted Black and brown communities, subjecting people to unjust prison sentences for possessing a medicinal substance.

For harder drugs, like heroin and opioids, addiction kills thousands of Americans every year, destroying families and ruining lives.

According to data on Dual Diagnosis, 50% of all jail inmates have drug or alcohol addiction, while fewer than 10% receive treatment.

This means that inmates are sent out into the world without any resources or support to seek further help from their substance abuse.

It’s a vicious cycle that further villianizes non-violent offenders and sets them up for failure when trying to find jobs and get healthier.

“Every 23 seconds, a person’s life is ruined for simply possessing drugs. Drug possession remains the most arrested offense in the United States despite the well-known fact that drug criminalization does nothing to help communities, it ruins them. It tears families apart, and causes trauma that can be felt for generations. The drug war has caused mass devastation to Black, Latinx, Indigenous and low-income communities and today we say, ‘Enough is enough!’” said Queen Adesuyi, Policy Manager for the Office of National Affairs at the Drug Policy Alliance.

The Drug Policy Reform Act acknowledges the ineffectiveness of the war on drugs and urges Congress to “refocus its strategies” for addressing substance abuse and change to one that is “health-focused, evidence based, and respectful of self-determination.”

The bill emphasizes that substance abuse is a health issue and not a criminal issue.

Therefore, the bill would eliminate criminal penalties for all personal use possession of scheduled drugs and makes an initiative to invest funds to promote health and safety to further reduce the criminalization of those who use drugs.

The bill would also transfer the classification of substances from the Attorney General to the Secretary of Health and Human Services, expunge records, and provide relief to those currently incarcerated.

This would also prevent those with past drug possession charges from being denied employment based on their criminal history.

“We will not be subjugated any longer by an offensive that was created solely with the purpose of ‘disrupting’ our communities. This bill gives us a way out – a chance to reimagine what the next 50 years can be. It allows us to offer people support instead of punishment. And it gives people who have been harmed by these draconian laws a chance to move forward and embrace some semblance of the life they have long been denied,” Adesuyi continued.

According to a poll conducted by the American Civil Liberties Union (ACLU) and the Drug Policy Alliance, 83% of Americans are in agreement that the war on drugs was a failure.

In the same poll, 66% of voters supported “eliminating criminal penalties for drug possession and reinvesting drug enforcement resources into treatment and addiction services.”

These statistics showcase the drastic need for change for those suffering from addiction.

Providing those who suffer from substance abuse with valuable resources to halt their addiction could enable them to break free from the cycle of addiction.

The bill would provide more opportunities for those convicted to regain a normal life.

Currently, drug charges could prevent felons from receiving SNAP/TANF, housing assistance, immigration approval, the right to vote, and the right to a driver’s license.

We can’t build a time machine to stop the war on drugs from occurring, preventing all the harm it has caused, but we can start making serious strides to implement change now.

“The United States has not simply failed in how we carried out the war on drugs – the war on drugs stands as a stain on our national conscience since its very inception,” said Congresswoman Bonnie Watson Coleman.

“Begun in 1972 as a cynical political tactic of the Nixon Administration, the war on drugs has destroyed the lives of countless Americans and their families. As we work to solve this issue, it is essential that we change tactics in how we address drug use away from the failed punitive approach and towards a health-based and evidence-based approach.”

What the United States Can Learn From Canada’s Cannabis Clarity