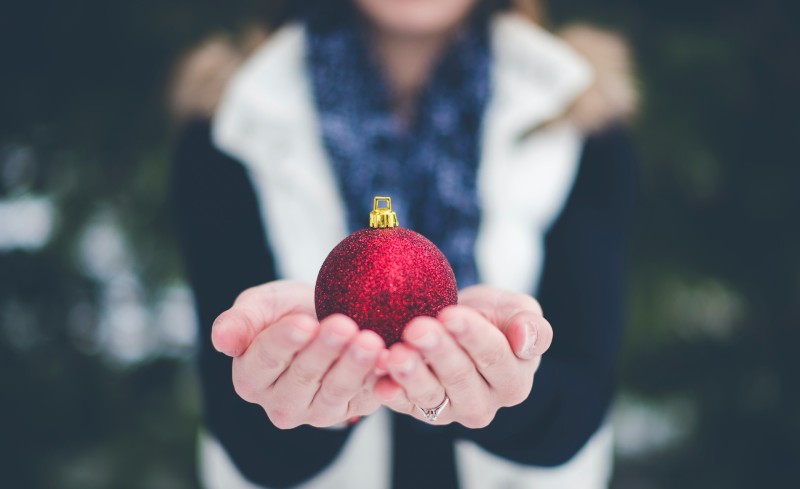 The holidays are usually associated with feelings of joy, gratitude, and jubilance.

It’s a time meant to be without tension, where you can celebrate the year over spiked eggnog and nostalgic traditions.

Unfortunately, 2020 has been devastating for many reasons, with COVID-19 cases skyrocketing and, consequently, many losing their jobs, it’s difficult to muster up feelings of merriment when struggling to make ends meet.

Thankfully, there are a lot of cannabis companies doing astounding work to help those struggling during this holiday season.

It is the season of giving afterall, and who better to give back than those passionate about medicinal healing?

While cannabis has been deemed essential during this pandemic, many nonprofits are still wary of accepting cannabis dollars.

Obstacles Faced When Donating To Nonprofits

Named after the goddess of truth in Roman mythology, Denver-based cultivators Veritas Fine Cannabis live up to their namesake by crafting premium cannabis products entirely by hand with the mission to ensure every customer can find the best strain based on recorded science and data.

Jon Spadafora, the head of marketing and sales for Veritas Fine Cannabis, acknowledges the essential therapeutic qualities of cannabis, noting that the plant has helped a lot of people’s mental health during these unprecedented times.

As such, cannabis companies have an obligation to help out their communities.

When joining the company in 2015, Spadafora admits it was the first time he had really been part of a company that had the means to contribute in a meaningful way.

So, it was a bit of a shock when experiencing obstacles to providing donations to nonprofits.

Nonprofits Have Their Own Challenges

Spadafora doesn’t place blame on nonprofits in any way.

Instead, he faults the rules that aren’t set up to encourage people who can actually help.

“There’s a concern on most people’s side that taking any money from us is going to limit their ability to take any other sort of federal money that they’ve historically been depending on. And that’s the pushback we get more often than not. It’s not, ‘Hey, we don’t want to touch cannabis,’ It’s more, ‘We’re afraid that if we touch cannabis dollars, then that’s going to preclude us from any sort of other government dollars,’ and unfortunately we’re not at a spot yet where we’re ready to replace that,” said Spadafora.

In a determined, driven pursuit to make a difference in their hometown, Veritas searched for opportunities where they can make a tangible benefit.

Due to their marketing strategy being based around their actual, intimate interactions with people, they sought a way to remain in contact with their community in the midst of a pandemic.

Spadafora explains that Veritas is very hands-on when it comes to both cultivation and charity work.

They’re not the type of business to just slap their name on a billboard and call it a day.

“We’d rather touch 500 people in a very meaningful way and have you be like, ‘Those guys were really cool and that was a really fun experience, and it was warm,’ as opposed to just everybody seeing our stuff and knowing that we were involved in it,” said Spadafora.

Veritas Fine Cannabis founded the organization Friends In Weed alongside other notable cannabis companies, with a mission to support those in the cannabis and service industries during the pandemic.

Friends In Weed created a program called “420Help” as a way to aid cannabis retailers and provided revenue to local restaurants.

Spadafora said that Friends In Weed originally started with purchasing gift cards from restaurants and sending them to budtenders.

Their new, updated version, called Meals That Heal, is a new program that Spadafora says is better organized.

“We’re working with different cannabis companies to create revenue for restaurant organizations that they are then going to take and create very healthy and delicious meals that will get shipped out to people who need them,” said Spadafora. “So half of them are going back to each restaurant group to feed their staff that might’ve been furloughed or reduced, and for the rest of them, we’re working with local community organizations to get them out to people who need it.”

According to their website, Meals That Heal has already donated 1,760 meals – and they’re just getting started.

“It’s about finding opportunity and finding places where people need us and finding ways that we think we can be effective, and then hopefully creating something that works,” said Spadafora. “I honestly think this version of Friends and Weed is the first time we’ve really created something that’s replicable and where I think we’re going to be able to get others involved in a pretty meaningful way.”

The Importance Of Community-Driven Charity

Their water-soluble, cannabinoid-infused powders are scientifically proven to enter your bloodstream and take effect within 15-20 minutes.

Their edibles provide customers with a fast-acting, discrete, and reliable way to get the dose they want every time.

Ripple is also familiar with the challenges of trying to create successful partnerships with nonprofit organizations.

Similar to Spadafora, Coree Schmitz, who is the general manager at Stillwater Brands, also doesn’t place blame on the nonprofit community and respects the fear that organizations harbor over potentially losing grant money or funding, should they accept dollars from a federally illegal business.

As a company passionate about contributing to their community, they’ve worked to diligently overcome these obstacles by thoroughly researching nonprofits and charities that align with their values.

“I would never want to work with someone who feels like they’re jeopardizing themselves or compromising any of their own beliefs and ethics by working with cannabis. We make sure that we’re having comprehensive conversations, that it’s a relationship that both sides are very confident and happy with,” said Schmitz.

Recently, Ripple was thrilled to partner with Chicano artist Tony Ortega, who helped pick the Redline Contemporary Art Center as their charitable partner in October.

Schmitz said that they were passionate about working with their local art and Chicano community, especially in the time of COVID-19, when those involved with the arts and music industry have been exceptionally impacted by the shutdowns.

“For any and all of us who love art and music, and who have friends who work or depend on their livelihood in those industries, it was really important to us, as we looked for our October charity, to give back and to find a partner that we could continue a relationship with that was most hard hit by COVID, those who really needed some uplift and some assistance,” said Schmitz.

In 2019, it was announced that Colorado has surpassed $1 billion in tax revenue from marijuana since it was legalized for recreational use.

Schmitz recognizes that cannabis brings a lot of money to their state and wants people to know that Ripple would be thrilled to invest it back into their community.

For example, in July, Ripple partnered with Youth Seen, as part of their initiative to be involved with the local LGBTQ+ community, and donated MacBook computers to help keep their operations moving.

Schmitz emphasized the fact that Ripple would be proud to partner with their community to help advocate for other groups.

Surna Announces its Largest Contract Yet