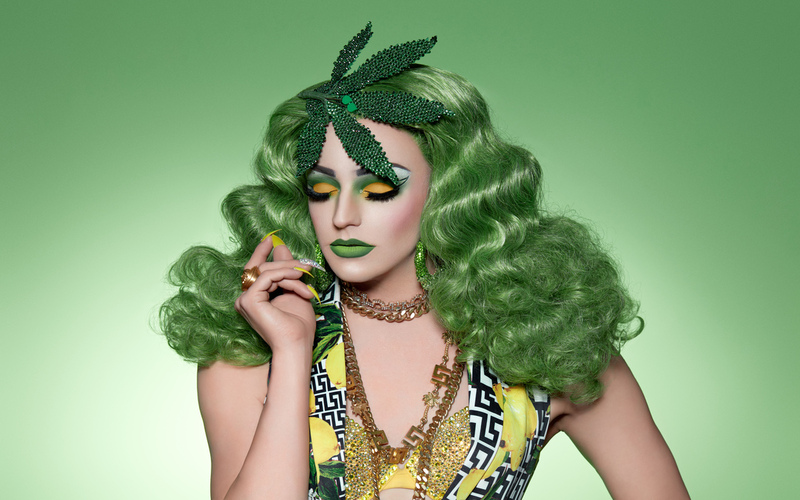 A surprising 43% of Americans live in a place with legal adult-use cannabis, per a 2019 U.S. Census report. With half of America welcoming legal marijuana, media executives are vying to bring cannabis to mainstream programming.

For whatever reason, cooking shows seem to be the most palatable medium for talking about the formerly taboo subject.

Cooking on High, Bong Appetit, Cooked with Cannabis, High Cuisine, and now Chopped 420 are just a few of the programs created in recent years to satiate America’s appetite for cannabis content.

Some of the early shows leaned too heavily on pothead quips and poorly executed puns. But recent programming seems to be moving past stoner stereotypes and actually offering some insight into cannabis culture.

Chopped 420 is one of the latest to hit mainstream media. It’s a spin-off of Food Network’s Chopped, now in it’s 45th season as a cable network hit.

The new show is available via Discovery+, an on demand video streaming service offering content from all of Discovery’s media properties.

“I think when Discovery puts their name on something like this, it really helps people say, ‘Okay, well this must not be that bad,’” said Laganja Estranja, special celebrity guest judge for Chopped 420’s debut episode.

These shows are also giving viewers a peek into a new world. What does cannabis look like, what are its different forms, how is it used in cooking? These are questions many people are hesitant to ask. For those entrenched in cannabis culture, it’s easy to forget this plant has been likened to heroin for much of its recent history and federally is still in the same category as cocaine. Cooking is a way to talk about cannabis as something approachable and familiar.

Legacy Cannabis Chef and Author Jeff “The 420 Chef” Danzer has nearly 10k subscribers to his YouTube channel. He’s offering viewers an education in cannabis and helping people avoid unpleasant experiences with the herb. “My mission from the beginning is always to make the cannabis consumption experience simple and easy for everyone,” he said during a panel discussion at the Spring Emerge Virtual Cannabis Conference.

Providing insight into potency and dosing can be the first step in helping people create a positive relationship with cannabis. “I started out making super potent edibles that were just too potent for the people I was cooking with … Dosing is definitely an issue for a lot of people,” said Danzer.

Cannabis Chef and Educator at the Trichome Institute Brandon Allen agrees that moderation is key. “If you’re giving someone THC, assume there’s nothing you can do to erase it, which is why you have to be preventative and cautious and make sure you’re dosing people accordingly.” As the public learns to accept cannabis as commonplace, cooking shows remind viewers of the “low and slow” philosophy of consumption. It’s one step in a desperately needed cannabis education for the American public.

Most people know very little about cannabis and what they do know is often tainted by misinformation. Televised marijuana programs have an opportunity to inform viewers. Ideally, the message would be that this is a safe product for responsible adults; it’s also a valuable medicine. The medicinal value is one area where many programs seem to miss the mark. It’s easy to focus on the fun aspects of the herb, but this overlooks the real reason cannabis was legalized. Cannabis advocates fought to get this plant in the hands of sick and dying people because it provides unmatched therapeutic relief for a wide variety of illnesses.

Patients were first able to access medical marijuana thanks to the passage of Proposition 215, the Compassionate Use Act.

It was passed largely due to the work of Dennis Peron, a homosexual man who saw his friends suffering from the symptoms of AIDS. It’s a history many cannabis-themed shows don’t dive into, but his advocacy is the basis of all cannabis legalization.

Estranja touched on the topic during an interview with Cannabis & Tech Today, “I got my medical license under Proposition 215. When I discovered that [Prop 215] was actually founded by the LGBTQIA+ community, I felt a real sense of carrying out this legacy as being someone who was queer and someone who was also in the cannabis space.”

She continued, “I wish we could get to a place where people realize that it is a medicine … There’s so much more to this plant than the hip hop vibes and other things that come along with pop culture that we know of cannabis.”

As these shows gain traction, they’re bringing visibility to the cannabis industry. “My parents are watching the show, so it’s amazing how many people Chopped 420 is really reaching,” said Estranja. Right now, these programs are somewhat one dimensional. But, they’re setting a foundation for more insightful programming down the road. Perhaps if we start with food and fun, Americans will feel comfortable starting to explore the important complexities of the plant.

“I just really think that what needs to happen is we need to be federally recognized. And until that point, I really feel like stigma isn’t going to change. We’re going to need more than the Discovery Channel doing a show like this. We’re going to really need federal recognition,” said Estranja. Until cannabis is rescheduled as a medically useful substance, mainstream television will likely continue to only touch on the superficial aspects of what makes it such an important and powerful plant. ϖ