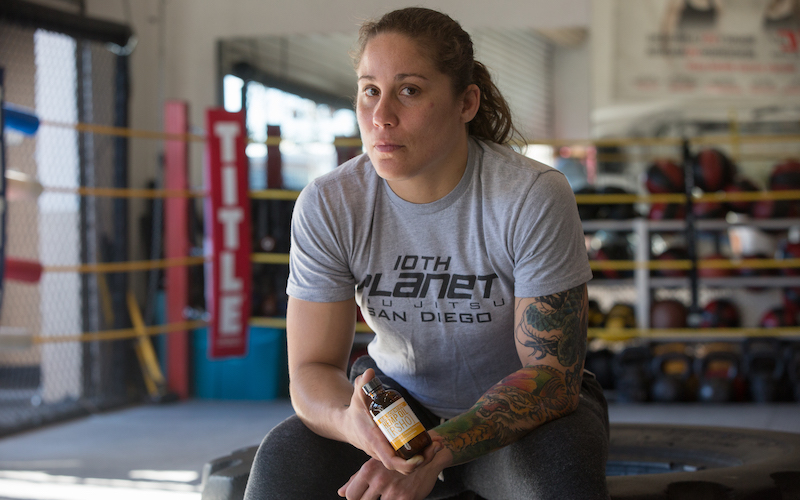 Even with all the big steps CBD has made over the past few years, professional sports as a whole appear to be behind the curve. Despite stars such as NFL wide receiver Deandre Hopkins voicing the benefits of the substance and leagues such as the UFC and BIG3 allowing it to be used legally, CBD has held this stigma. For mixed martial artist Liz Carmouche, CBD is much more than medicine, it’s a major part of her MMA routine.

A former Marine Corps aviation electrician, Carmouche (also known by her nickname “Girl-Rilla”) launched her MMA career in 2010, eventually compiling an 11-6 UFC record, gaining wins over fighters such as Kaitlin Young and Jan Finney while rising to the rank of sixth in UFC’s women’s flyweight division. The first openly gay fighter in UFC history, Carmouche has also voiced her support of CBD usage, appearing at events such as the Cannabis World Congress and Business Expo and becoming the spokesperson for CBD oil company HempMeds. Additionally, she introduced her mother to the substance in order to combat her chronic pain. In this exclusive interview, Carmouche discusses her views on CBD for athletic recovery, why the substance still holds such a stigma, and what other sports leagues could learn from the UFC. 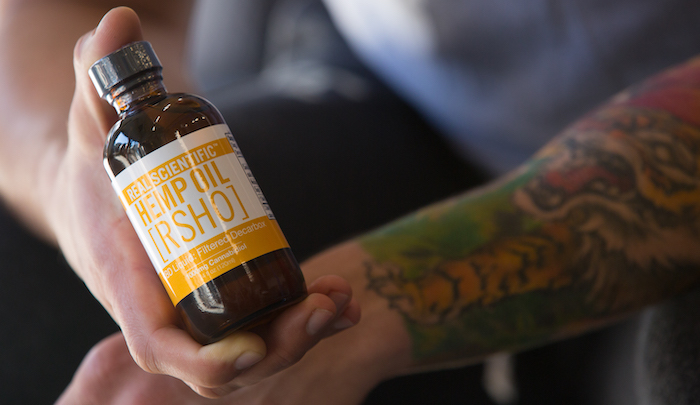 Cannabis & Tech Today: It seems like the UFC, unlike so many other sports leagues, has embraced CBD. Why do you believe that is?

Liz Carmouche: I think the UFC wants to spearhead in all growing trends and they’re always looking for the next new, scientific wave of things. They want athletes that are going to be able to stay in the game as long as possible. They work with Cleveland Clinic researchers, who had originally been with the NFL studying brain trauma, and they collaborate with them to make sure that they have recurring checkups on their athletes.

Everything they’re doing is so progressive and what they’re always trying to do is find new things that are going to help their fighters and keep them in the game. And I think that’s why they allowed CBD to be incorporated. They were finding that the fighters they had up and coming from UFC 1 to today, a lot of them were on pain medication to endure what they had done to their bodies for so many years, and they saw the effects and the damage it was doing to them. So they’re looking for something different, and I think that’s why they’ve embraced CBD, is that they can see firsthand how it’s benefiting the athletes.

C&T Today: When did you first begin collaborating with HempMeds?

Liz Carmouche: I want to say a little bit over a year ago. I told my management team that I had been trying CBD for about a year prior to that and I really liked what CBD stood for and that it was something that I wanted to connect with, with a brand that I really believed in and that I really liked. I met some amazing people in the CBD industry. That’s just been across the board, that no matter what brand it is or who they are, they always just seem to be amazing and kind-hearted people. And so I was always connecting with them on that level, but their product itself wasn’t really dealing the results that I was looking for.

I connected with a former employee of HempMeds; he was a veteran as well. So I really connected with them in this way and he even came and helped me train. He helped explain CBD and then was able to give me some products to try and I fell in
love with them. That’s when I knew that this was the company I had to stick with.

C&T Today: Why do you believe the stigma around CBD still exists?

Liz Carmouche: Because there are not enough educational tools out there. There are still people that are living under a rock, which is the best way that I can phrase it. They really just don’t know about the difference between THC and CBD and they don’t know all the benefits.

C&T Today: What do you personally do to combat those stigmas?

Liz Carmouche: Things like reaching out and just telling people around me. I think that most people see me as being this professional person, not just in how I train in my career field in MMA, but also as a gym owner and an instructor. I pride myself on professionalism and I think that they see that very clearly; I’m not the person who is using recreationally, and that’s why I’m using CBD. That is not what it’s for, and so I think that they trust what I have to say. So I just try and speak out in that way and be a representative the best way I can.