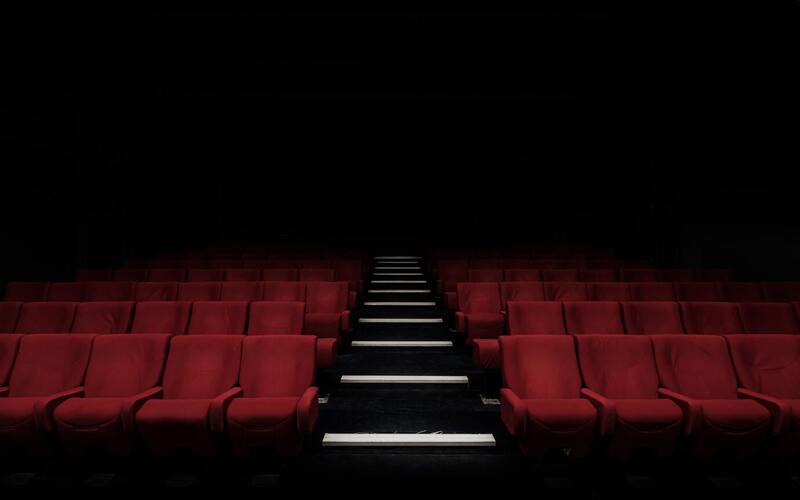 Actress Charlyne Yi called out actor and founder of Houseplant Seth Rogen on Instagram “for enabling predatory behavior,” detailing the work environment on set of the 2017 movie The Disaster Artist.

In her post, Yi explained that she wanted to quit the movie.

She felt uncomfortable being on set with James Franco, who was accused of sexual misconduct by five women.

Instead, Yi said she was bribed with a bigger role.

“Seth Rogen was one of the producers on the film so he definitely knows about the bribe and why I quit,” said Yi on her Instagram.

Unfortunately, Yi is not alone in her experience of being forced into an uncomfortable situation and bribed into silence.

Rogen is now the head of a cannabis company and his connection to Franco is causing media and fans alike to criticize the “bro culture” of his weed-themed movies.

While Rogen’s privilege may help him turn a blind eye to his friend’s behavior, the situation begs us to take a look at the cannabis industry as a whole.

It isn’t so different from movie sets and well-groomed celebrities.

Within every facet of our industry, there are people like Yi who feel silenced by a person in a position of power.

The cannabis industry is a difficult one in which to thrive, but some have it easier than others.

An “Enabling” Culture in Cannabis

Boss Ladies of Cannabis (BLOC), an online database of executive leaders within the cannabis space, was created when founder Rachel Colic grew tired of being the only woman in the room, on a panel, or even working in an entire company.

Out of a desire to analyze discrimination and harassment for women within the cannabis industry, BLOC conducted a survey where they asked 156 women about their experience with sexual harassment in the workplace and how their company resolved the issue.

Many women choose to not come forward because they felt unsafe disclosing the truth due to lack of training and fear of losing their jobs.

There is a hush-hush mentality when it comes to cannabis, perhaps due to the stigma of the plant, and it reflects on workplace behavior.

With so many people in this industry, those numbers indicate there were also many people who knew about these issues and were silent for fear of retaliation, or not wanting to seem “difficult to work with” by the established boy’s club.

According to a 2017 survey from Marijuana Business Daily, women held 27% of executive-level roles in the industry, which is a decline from 36% reported in their 2015 survey.

While BIPOC have been influential leaders in the cannabis space for decades, they’re also struggling to find work in cannabis.

According to NBC News, a 2017 survey found that less than a fifth of the people involved at an ownership or stake-holder level were people of color and Black people only made up 4.3%.

Wanda James, CEO of Simply Pure Dispensaries and the first African American woman to own a dispensary in the United States, shared that out of the over 2,000 licensed dispensaries in Colorado, she estimates that less than 20 are Black and Latino-owned.

In an interview with Cannabis & Tech Today, Ricardo Willis, who was recently appointed as the first Black CEO of a cannabis vaporizer company, has also seen the absurd lack of representation with the cannabis space and said that he’s worked for companies where there were no people of color or women in C-Level positions.

“Right now it’s ‘My friend came over from this industry and they’re now in the cannabis space,’ so it’s been almost like a network of friends who have been bringing different folks into the industry,” said Willis.

When you’re the only woman and/or person of color in a white, male-dominated room, you have to work twice as hard to show your value, and this also means if you’ve experienced sexual harassment, you’ll have a higher chance of facing consequences when reporting the issue.

In an interview with Forbes, CEO of Peak Extracts Katie Stem said sexism within the cannabis industry has become so toxic that sometimes they will call on a trusted male friend to tag along to meetings.

“We have men we trust on-call, to be there for us when we anticipate being undermined because of our gender,” said Stem.

It’s unfortunate that this is still the length that women have to go through to feel safe within our industry.

If you have the privilege of being a white male in this industry, it’s important to listen to your friends and co-workers; take their harassment claims seriously.

Listen and hold people accountable for their actions.

We need a drastic cultural change in the cannabis industry, which means hiring more women and people of color, establishing and precisely training employees on procedures for reporting sexual harassment, and applying those same standards to those in higher levels of power.

When companies eliminate the imbalance of gender and race within the workplace, research has shown that this drastically reduces workplace harassment and creates a safer, more enjoyable environment for employees.

An article from Forbes detailed a discussion Rogen had during “Reimagining Justice: Race, Cannabis, and Policing,” an online panel hosted by Houseplant.

Rogen acknowledged his privilege as a white cannabis entrepreneur and the significance of using his platform to raise awareness about the injustices facing brown and Black people in the cannabis community.

Always be more critical of the people upholding the racist system than the ones who are fighting against it.

“If you are white people in the cannabis space, you should acknowledge the realities of the space you were entering and the conditions on which this industry was built and the history of cannabis in America,” said Rogen.

In an interview with Vice, Rogen discussed the fact that marginalized people are the target of cannabis arrests, while an industry composed of white males is currently thriving.

“Weed should have never been illegal in the first place. If you go back, a large part of the reason it is illegal is literally racist and it’s very important to us to acknowledge that and not hide from that and try to help fix that in any way we can,” said Rogen.

This apparent dichotomy is a prime example of what’s happening throughout American culture right now.

One can advocate for change and be an ally for disadvantaged groups while still failing to recognize one’s privilege and power in other areas.

Rogen has been an outspoken ally for equity, but as Yi pointed out, he still has work to do.

Rogen hasn’t yet responded to Yi’s allegations of  “enabling” Franco’s behavior or acknowledged any bribes to silence her.

A response from Rogen on a public platform could open a dialogue about the necessity of holding people in power accountable for sexual harassment (even if the person accused is a close friend), and help create a safer industry moving forward.