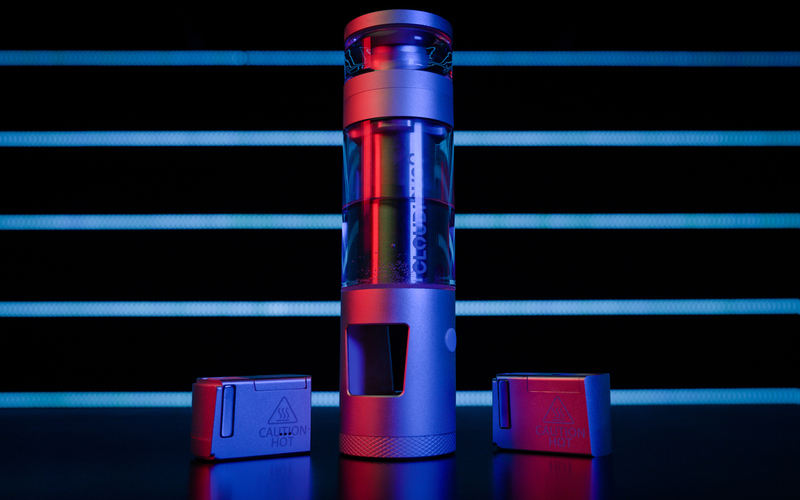 Road trip season is upon us. The weather is getting warmer, the sun is shining, and national parks, beautiful beaches, and awe-inspiring landmarks are calling our name.

But if you like to drive with your supply, you probably already know what a hassle keeping your stash straight on-the-go can be.

Accommodations prohibit you from smoking while you stay.

Vape cartridges disappear between the seats.

And multiple packs of edibles can eat up suitcase space fast. 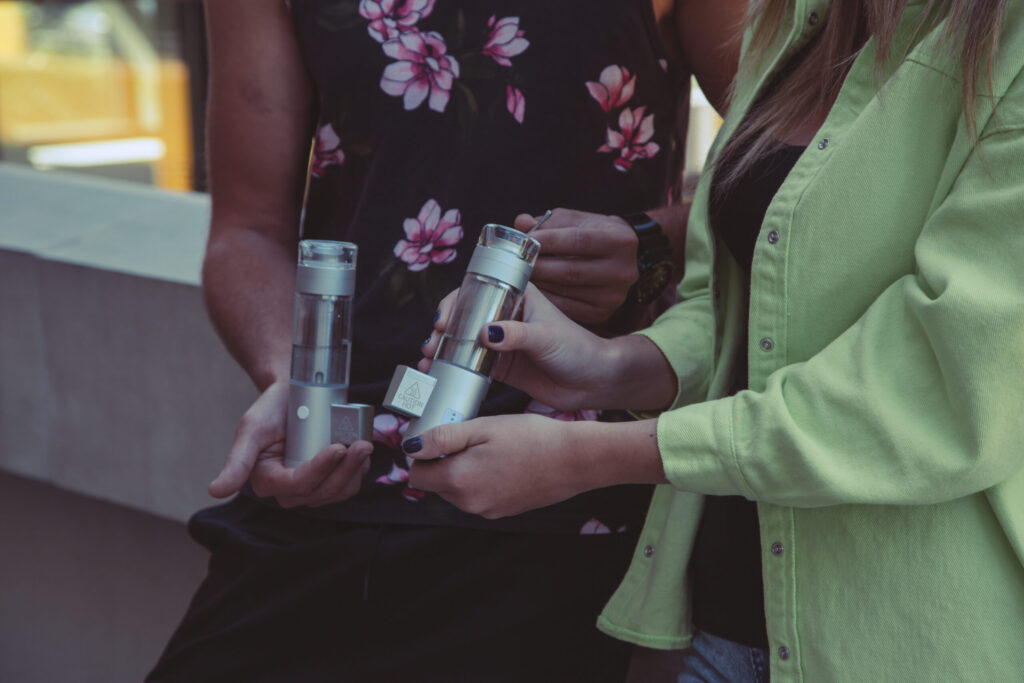 The modular Hydrology9 NX vaporizer, however, will make your next road trip load just a little bit lighter.

Throw it in one of Cloudious9’s leather carrying cases and you’re ready to enjoy a wide range of products on-the-go with little risk of breakage or mess.

Practically the smartphone of cannabis tech, the Hydrology9 NX is something one never would have imagined just a few years ago.

Vaporizers, alone, were hard to find up until the late 2010s, much less water-filled vaporizers with color-changing lights and combination convection and conduction heating like the Hydrology9 NX.

But Vice President Dominick Volpini says that cannabis consumption technology is the new frontier of cannabis.

Many consumers soil premium extracts by vaporizing them at too-high heats, for example, or ruin the experience of top-shelf bud by smoking it with a bottom-shelf pipe.

“As a brand, you’re going to want to control or have some sort of influence on how consumers consume the cannabis,” says Volpini. “If you’re consuming it in a poor way, you can take the best cannabis and turn it into something not very flavorful, or not very good tasting.”

The Hydrology9 NX comes with a long list of accessories.

Two switchable heating chambers hold your flower or extract and heat it from all sides, so nothing is wasted.

The battery itself is strong and lasts for multiple sessions without recharging, but unlike other companies, Cloudious9 actually lets you replace it when it burns out without needing to buy a whole new device.

The wide range of tools that come with the Hydrology9 NX earns the company some serious respect, too, given that most vaporizer brands charge an arm and a leg for tools as add-ons.

Included in a purchase of the Hydrology9 NX is a quartz carb cap, back-up silicone parts, an extra ceramic bowl for extracts, two dual-sided dab tools, and several, very useful cleaning brushes. The magnetic charger, which also doubles as a dab tool holder, is included with purchase as well. 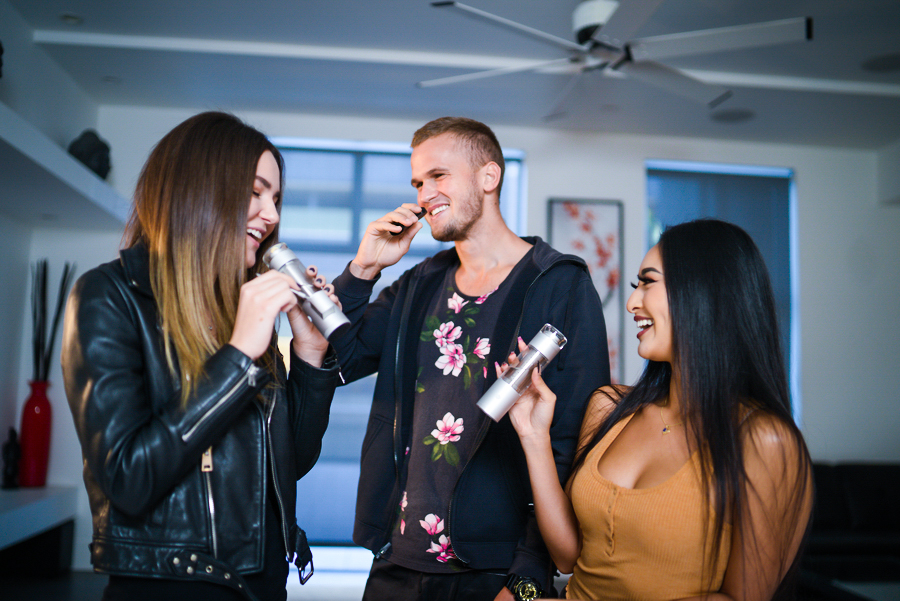 But what really sets the Hydrology9 NX apart from other vaporizers is its power.

Most vaporizers yield a disappointing output — the clouds are small, and the high often more subtle than when otherwise consuming.

Pen-style vapes require multiple hits to really take effect, while the most popular portable dab rigs on the market only permit doses one-half the size of a normal dab.

Hits off a flower vaporizer are typically shallow, and rarely fill the lungs.

Though the Hydrology9 NX is billed as a “water filtered vaporizer,” think of it like an electronic bong.

Vapor gurgles through water and fills the central chamber at the press of a button, building up a big cloud before it’s inhaled.

Unlike competitor products, users can take a comfortably large inhale without feeling any suction pressure on the lungs.

Best of all, the 360° heating capacity means you use every last drop of product, too.

A New Take on Vaping

Cloudious9 is far from CEO Richard Huang’s first business venture — he’s been an entrepreneur for over a decade, specializing in e-commerce business in Asia.

However, Cloudious9 is his first cannabis company, and a space he waited to venture into until he thought of a product that would meet a tangible need.

“He made sure the product was completely different than anything else, because, based on his own experience, innovation always stands out from the crowd,” says Volpini. “It’s easier to get marketing and PR organically when you have a product with a truly unique value proposition.”

At the time he released the first Hydrology9, which only vaporized flower, it was one of only a few water-filtering vaporizers on the market.

The Hydrology9 NX doesn’t have much competition, either. 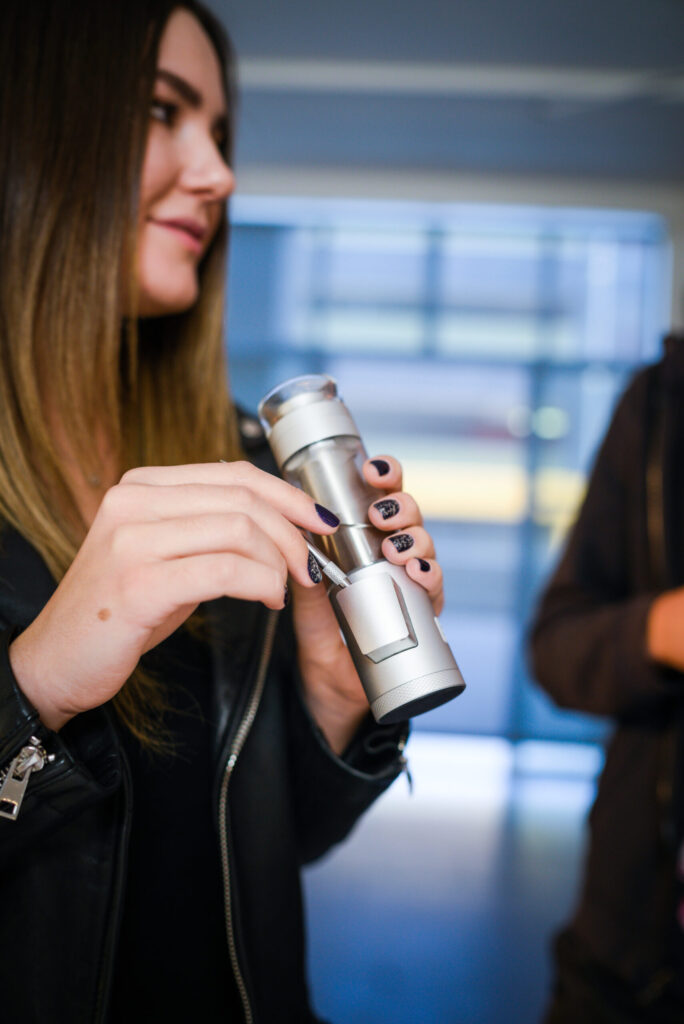 Straddling the worlds of tech and cannabis, the company feels practically made for the San Francisco Bay Area. Their unique position comes with business advantages, too, says Volpini.

“Being a hardware company, there’s less regulatory hurdles, especially from you know, the licensing standpoint,” he says.

However, “we also just recently partnered with a Los Angeles based distributor, called Voyage distribution, where we are putting out a cannabis sampler box where we combine our unique hardware with actual flower material.”

The sampler boxes, collectively titled GRAVI7Y, include sativa, indica, and hybrid flower and, in the case of their “bundle” boxes, either an automated dispensing grinder or Atomic9 waterless flower vaporizer.

The products are in California dispensaries just in time for 4/20.

If there’s any downside to the Hydrology9 NX, it’s the fact that it requires you to keep track of many tiny parts. 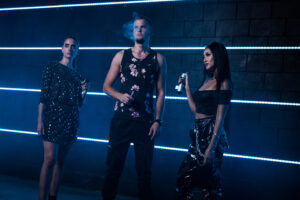 The atomizers, for example, are stored separately from the main pipe, and at only an inch long, they’re easy to misplace.

That being said, the vaporizer’s accessories come in a series of three stylish, magnetized carrying cases with foam cut-out slots that give every item an assigned place.

So long as one remembers to put things away as soon as they’re done, staying organized isn’t a chore.

The cases are compact, too, so it’s easy to throw both the Hydrology9 NX and accessories in any medium-sized purse or bag when you hit the road.

That is no surprise — if any guarantee is to be made about the Hydrology9 NX, it’s that it will certainly keep your head in the clouds.