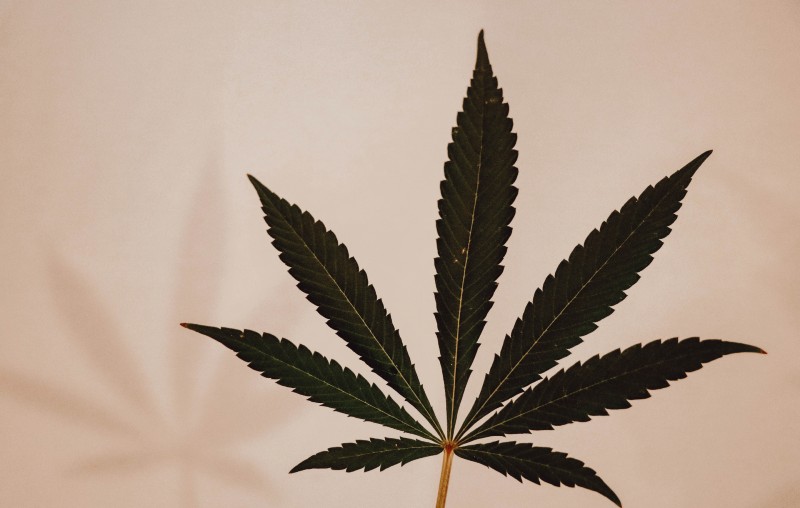 The Wall Street Journal published an inaccurate report by stating, “The U.S. government has approved growers of research marijuana for the first time in more than 50 years, widening the capacity to study the drug’s medical value.” The title of the article, Marijuana Medical Research Growers Receive US Approval, is false.

This is misleading as the applicants were not approved.

They received an Memorandum of Agremeent (MOA) with specific criteria on areas of necessary compliance including the correct security protocols to implement to further their applications.

The applicants did not receive federal or DEA cultivation licenses.

Each applicant’s received advisory memo (MOA) containing its specific steps on how to advance their applications to obtain the final approval.

While the DEA is prioritizing expanding research licenses, they have not officially done so yet.

Trulieve (ticker: TCNNF) and Harvest Health (HRVSF) combined would be one of the largest cannabis companies in the world, saleswise.

According to Barrons’ Connor Smith, “Combining analyst estimates for both companies puts the estimated 2021 revenue at $1.24 billion, only slightly below consensus estimates for Curaleaf (CURLF) at $1.26 billion.

Trulieve would also be the most profitable, notes CEO Kim Rivers, pointing to consensus estimates for combined 2021 adjusted earnings before interest, taxes, depreciation, and amortization, or Ebitda, of $461 million.”

According to Eight Capital analyst Graeme Kreindler, the combined cannabis company would be the most significant operator in Florida and Arizona, with footprints in Pennsylvania and Maryland.

Combined, the companies have operations in 11 states.

Harvest will hold a special meeting during the third quarter to approve the deal.

California law SB34, known as the Dennis Peron and Brownie Mary Act, which went into effect on March 1, 2020, allows Cali-based cannabis brands and retailers to donate cannabis products to low-income patients that need them for medicinal use.

These programs have provided low-income patients across the state their medicine for little to no payment for twenty years.

Free cannabis or cannabis products are provided only to a licensed medicinal cannabis patient or the patient’s primary caregiver.

The Senate bill amended the tax structure of the Adult Use of Marijuana Act and exempted medicinal cannabis donations from excise, cultivation, sales, and use tax as long as they meet specific requirements.

In an interview with KQED public radio, Democratic state Senator Scott Wiener who introduced the legislation, commented at the time, “This is really about access to medicine. Poverty should not be a barrier to getting your medicine. We don’t tax prescription drugs. Why should we tax medical cannabis?”

On the first Saturday of every month, the company makes gift boxes for veterans through their dispensaries in Vista and Port Hueneme, CA. Participants may register on their website and can pick up products in-store.

(Via NORML) Members of the Minnesota House of Representatives have approved legislation to legalize and regulate adult-use marijuana and to expunge past cannabis-related convictions automatically.

“It’s time for Minnesota to become a leader in the midwest when it comes to sensible marijuana policy,” said NORML State Policies Manager Carly Wolf.

“Not only would the passage of this bill allow police and courts to reprioritize their limited resources toward fighting serious crime rather than interacting with otherwise law-abiding Minnesotans over low-level possession offenses, but it would also provide relief to thousands suffering the collateral consequences of a marijuana arrest and conviction. I strongly encourage members of the Senate to follow the will of their constituents, a majority of whom support this policy change, and consider this common-sense remedy to the failed policy of prohibition.”

House File 600, sponsored by House Majority Leader Ryan Winkler (D), allows adults ages 21 and older to legally possess up to ten pounds of marijuana in a private residence, up to two ounces in public, and to home-cultivate as many as eight marijuana plants (up to four mature) for personal use.

The House chamber, which is Democrat-controlled, voted to approve the measure by a bipartisan vote of 72 to 61, thus sending the bill to the Republican-majority Senate for further consideration.

Before reaching the House floor, the bill had received approval from twelve separate legislative committees.

House File 600 also facilitates the automatic expungement of certain past marijuana convictions, allows for the on-site consumption of cannabis in licensed facilities, permits home delivery, and includes social equity provisions to reduce entry barriers into the industry communities that have historically been most adversely impacted by prohibition.

According to statewide polling data, 51 percent of M.N. residents think that their lawmakers should “legalize marijuana for adult use” — a significant uptick from 30 percent in 2014.

(Via NORML) The Mississippi Supreme Court heard oral arguments Friday in a legal challenge that seeks to nullify a November vote legalizing the production and dispensing of medical cannabis to qualified patients.

“Legalization opponents have shown time and time again that they cannot succeed in either the court of public opinion or at the ballot box. Thus, they are now asking judges to set aside the votes of over a million Americans in a desperate effort to override undisputed election outcomes. Whether or not one supports marijuana legalization, Americans should be outraged at these overtly undemocratic tactics, and the Court should reject them.”

On Election Day, 73 percent of Mississippi voters decided in favor of Measure 65, which establishes a system of state-licensed dispensaries to engage in retail, medical marijuana sales to patients who possess a doctor’s authorization.

Before the vote, officials representing the city of Madison – including the town’s Mayor – filed suit, arguing that the legislature’s failure to update guidelines for petitioners should invalidate the initiative vote.

However, following redistricting in 2000, there are only four congressional districts in the state. Lawmakers since that time have failed to update the statute.

This legal loophole is seen by advocates who favor legalization as a red herring that lacks probity and is being employed as a stall tactic to delay cannabis legalization.

If the Court of Mississippi affirms the vote: it will be the 36th state to legalize medical cannabis access.

Last month members of the Board of Directors for Minority Cannabis Business Association (MCBA), a trade association dedicated to serving the needs of minority cannabis businesses and minority communities, held their annual election to fill four open board seats and elect its officers.

New board members include; Mario Guzman, owner of cannabis brand Sherbinskis who is best known as the breeder behind legendary strains such as Sunset Sherbert and Gelato; Cedric Haynes, who currently serves as Director of Emerging Marketplaces for WeedMaps; Willie Mack, a brand marketing executive who has worked for clients including Absolut Vodka, Estee Lauder, GQ, Microsoft, Obama Administration, Vanity Fair, and Wired Magazine.

Colorado Cracks Down on Delta-8

According to an industry-wide bulletin sent out on Thursday by the Colorado Dep’t of Revenue, the Marijuana Enforcement Division (Division) is providing clarification to licensees regarding the production or use of chemically modified or synthetically derived tetrahydrocannabinol (THC) isomers, including Delta-8, Delta-9, and Delta-10-THC originating from industrial hemp precursors such as CBD isolate.

Industrial hemp product (IHP) is not permitted to be further processed or extracted either before or after inclusion in a marijuana product by an MRMPM.

This prohibition includes any process that converts an IHP, such as CBD isolate, delta-9, delta-8, delta-10-THC, or other tetrahydrocannabinol isomers functional analogs.

Before taking possession of the IHP, the MRMPM must verify that the IHP passed all required tests, including but not limited to potency testing, to ensure the product contains no more than 0.3% delta-9 THC on a dry weight basis.

If the IHP includes more than 0.3% delta-9 THC on a dry weight basis, it is not an IHP and is not a permissible ingredient.

The use of any other solvent not approved by the Division is expressly prohibited.

The use of acids, bases, catalysts or other unapproved reagents to extract, isolate or convert cannabidiols, tetrahydrocannabinols, or other cannabinoids is not permitted.

“SMS or MMS messages related to cannabis are not allowed in the United States, as federal laws prohibit its sale, even though some states have legalized it. Similarly, messages associated with CBD products are not permissible in the United States, as certain states prohibit its sale. Twilio policy reflects U.S. carrier rules in this area, and there are no exceptions to this policy. Twilio defines a cannabis-related message as any message which relates to the marketing or sale of a cannabis product, regardless of whether or not those messages explicitly contain cannabis terms, images, or links to cannabis websites.”