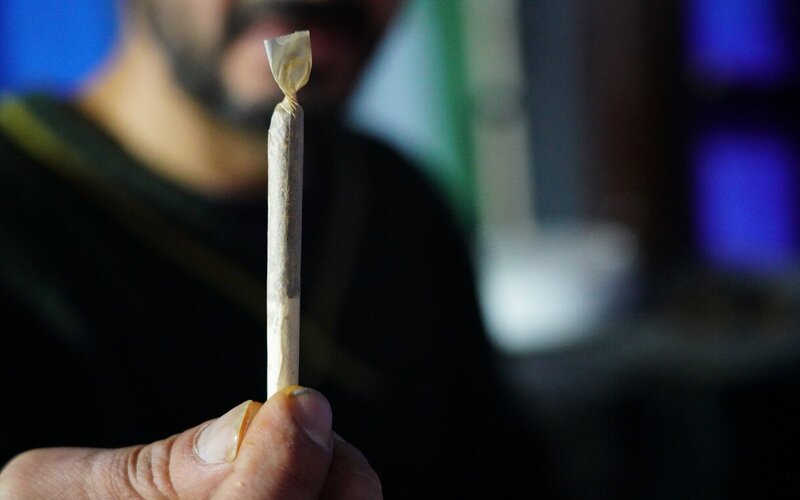 Why is it so difficult for lawmakers to accept that medical marijuana literally saves lives?

In fact, a study published in the British Medical Journal found “an increase from one to two dispensaries in a country is associated with an 17% reduction in opioid mortality rates.”

Despite overwhelming evidence in support of medical marijuana, Florida Legislature is in talks to cap THC levels in smokable medical cannabis. If passed, the move would make it more difficult for patients to get the dosage they need for medical efficacy.

Last week, Virginia Sen. Amanda Chase was spouting misinformation on Twitter, stating that legalizing marijuana would add to the state’s drug problem and “lead to more overdoses and deaths.”

It’s because of false statements like these and fear mongering that cannabis holds such a negative stigma. As such, medical marijuana users in Florida are facing an unjust threat to their access to medicine.

On February 16, the Professions and Public Health subcommittee of the Florida House met to have a briefing on the effects of high-potency marijuana. The briefing was led by Bertha Madras, PhD.

Statements from anti-cannabis advocate Madras reinforce the Florida Legislature’s goal  of placing arbitrary limits on the THC content of smokable medical marijuana, capping the THC percentages at 10% for any flower sold in a Medical Marijuana Treatment Clinic (MMTC).

This would be a complete disservice to Florida residents who rely on medical marijuana for their healthcare, limiting access to potentially life-saving medication.

What Would a THC Cap Mean for Patients?

“The math is simple. With most of the flower at MMTCs in the 15-25% THC range, a cap at 10% THC would mean patients would have to spend between 50%-150% more for the same amount of medicine,” said Pollara.

This would be devastating for medical marijuana patients, especially those who can’t afford the price change. Many would risk potential safety and health hazards to purchase cannabis through the illicit market.

Speak Up! This is Not Okay

Florida For Care stresses that this is an urgent matter and Florida citizens need to fight this potential medical marijuana tax by reaching out and contacting their state representative.

Thankfully, Florida For Care’s website makes this incredibly easy to do by providing this link which will guide you to finding your state house member.

Cannabis & Tech Today Creative Director and Florida resident Shane Brisson penned his concerns to Representative Linda Chaney, voicing his opposition to the THC caps as a constituent, a person involved with the cannabis industry, and a medical marijuana user himself.

“Does the legislature realize that if this happens, the black market will once again flourish? I, for one, will turn back to that black market if this ridiculousness is allowed passage. Having access to safe, tested medicine has been a plus for patients not only in Florida, but all over the country,” said Brisson.

Brisson also stressed the fact that this subcommittee hearing is simply wasting taxpayer money on a medical marijuana tax that is heavily rooted in greed.

If the legislature goes through with implementing a THC cap, this will send a loud and clear message to Florida residents that their representatives don’t care about their health.

Many medical marijuana patients use the plant not only for physical pain, but mental as well. Significant research has found it can significantly reduce anxiety and depression.

According to the National Alliance on Mental Illness, Florida is suffering from a mental-health epidemic, with some 666,000 adults living day to day with a mental illness such as bipolar disorder, severe depression, or schizophrenia.

Medical marijuana is nonaddictive and doesn’t come with a grocery list of side effects, contrary to many prescription medicines.

Making it harder for medical marijuana patients to receive their medicine will be taking not just a step, but a running leap, in the wrong direction.