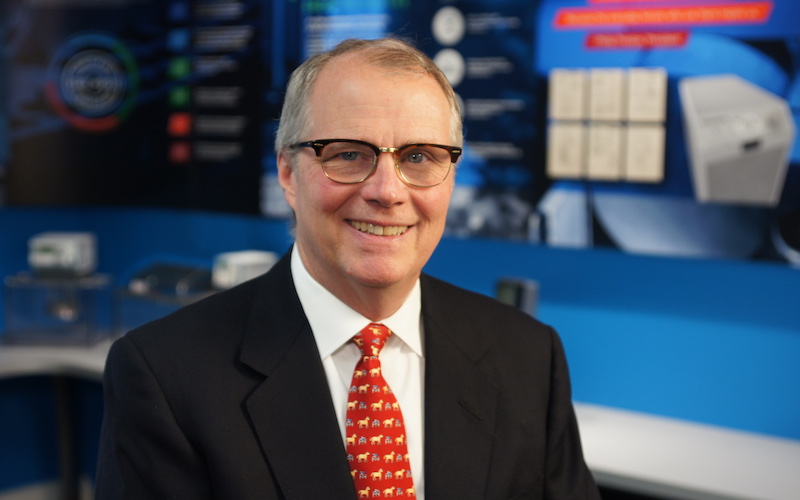 If you’re a U.S. citizen and you’ve ever cooked with sous vide, you may have Philip Preston to thank. Back in 1963, his father founded PolyScience, and they have been providing precision liquid temperature control solutions to a variety of industries ever since. Their technology applies to a number of industries, whether it is “paint or barbecue sauce or motor oil.” Eventually Preston added his passion for cooking into the mix and developed technology for chefs that would provide precise temperature cooking – or cooling.

After seeing some of the medicinal benefits of cannabis, Preston set his eyes on the next market he would break into and for the past 10 years has provided this temperature control technology to cannabis laboratories all over the world. In this exclusive interview, Preston relays his passion for culinary tech., how he was motivated to break into the cannabis industry, and how his technology is being applied in this new market.

Cannabis & Tech Today: Before cannabis, you were working in food tech. How did that journey start?

Our world has been precise liquid temperature control. This is across a wide range of markets … It doesn’t matter if you’re making paint or barbecue sauce or motor oil, the thickness, or viscocity, is a critical component. Temperature, of course, is important to measure the viscosity. Additionally, things like lasers, electron microscopes, CT Scans, PET scan, atomic absorption furnaces, all of these pieces of equipment require precise temperature control. That’s where our roots have been for a very long time…

Then – Oh, I can’t resist this – my dad’s hobby was working in the photographic darkroom and my mom was the photographer. And even in the old days, your developer’s solution always had to be at 68 Fahrenheit. So we even sold products into photographic applications.

And so we pioneered sous vide in the U.S. And it’s so funny. My God, I was in a grocery store yesterday and I saw sous vide magazines at the checkout stand. Sous vide equipment has become very mainstream. I can tell you that it wasn’t that long ago – literally 10 years ago or so – I had a booth at the National Restaurant Association Show and no one knew what I was talking about…

Then I developed the Anti-Griddle; that’s a minus-30-Fahrenheit griddle. Then we developed the Smoking Gun, which was a handheld smoker that you could use to smoke things like soup or butter or barbecue sauce. So it was bringing that smoke element that people were used to, but you could bring it in to use it with product that no one had even thought of before. No one’s had my smoked split pea soup…

I think one of the last crazy products I brought to the market was high powered ultrasonics, which in the lab world were cell disruptors. But in the culinary world, I found that they could move flavor extremely rapidly. I used to barrel age my Calvados, but now in three minutes I have three years of organic with ultrasonics.

So, at the core it’s always been precise liquid temperature control, but it was only maybe five years or so that we really put a focus on coming up with solutions necessary for the cannabis market. Many of these things are adaptations of the kinds of products that we’ve been engaged with now for decades.

C&T Today: What motivated you to develop products for the cannabis industry?

Philip Preston: It’s funny because when I developed the Smoking Gun for the culinary market, I had someone contact us about selling those through head shops in Canada. Well, at that point, I really didn’t see that as an area that would align with our brand. For me, a very personal change in my viewpoint was actually when Sanjay Gupta did a special on CNN that talked about how there were a couple of guys in Colorado developing specific strains that were of tremendous benefit to children with seizures. I gained a better understanding of the medical applications. I realized that this was something that I could get behind in good faith, and that it was a very serious market. I think it was Charlotte’s Web.

There’s some very good work being done, some good science that’s being done, and a lot of that work is being done to really help people. That’s something that I really wanted to be a part of.

C&T Today: How have you applied your experience from other industries to the cannabis space?

Philip Preston: One of the products that actually is widely used in the cannabis industry is one that we developed originally for differential scanning calorimeters (DSC). That is our extremely low temperature technology that is now, in the cannabis industry, used in the cold traps on short path distillation. What this device does is it eliminates the need for dry ice – or even, as some people would use, liquid nitrogen.

When we developed this for the DSC market we actually, in many applications, could eliminate the need for up to $15,000 a year in consumable liquid nitrogen and replace that with a simple process: plug it into a standard outlet, hit an “on” switch, and get your minus 100 within about 10 minutes. All you had to do was turn it off and you stopped generating cost.

C&T Today: How do you interact and collaborate with cannabis entrepreneurs and laboratories?

Philip Preston: The voice of the customer is what’s going to drive the innovation here. We’re attending the cannabis trade shows and getting the feedback from customers: what they’re doing, the trends they’re seeing, what they need from us in terms of enhancements to the products that we’re building. I will say this, the cannabis industry is maybe a little bit unique in that change seems to be very rapid. How would I word it? I think if you ever ask someone in the cannabis industry what they need, they need more [laughs].

Honestly I’ll say that is not the case in other markets, such as the laser market, for example. They’ll never tell you that.

C&T Today: Do you see yourself, in the future, developing any products for at-home cannabis enthusiasts?

Philip Preston: Probably not. I think that this is an area where we’re really going to be more of a B2B provider, providing that temperature control solution to the cannabis lab environment. But again, it’s very similar to our core markets in the laboratory field. The culinary field was a little different, because actually, our roots in that were really where we were supplying only the top-tier restaurants because they’re the only ones that really understood the technology at the time.

What’s interesting, when you look at the way the market, or the pyramid, in the culinary world works, the very tip of the pyramid is your extremely high-end restaurants, but then the next people to adopt that technology are the home foodies. The last people to adopt that technology is the greatest volume of potential customers, and that’s the hotel chefs and the millions of more mainstream restaurants that are out there. But there’s a very loyal following of foodies out there that want the exact unit that Thomas Keller or Grant Atkins cooked their scallops in last night. And so that was very different set of circumstances, I think, than what we’ve seen in our traditional markets in the laboratory field. When we built DNA amplification, no one ever called me and needed one for home.

I think it’s much the same in the cannabis field. Certainly, I am sure there are ways that one could extract or purify at home, but there’s so much infrastructure required to do it really well. Someone is spending hundreds of thousands of dollars on all the right pieces of equipment to take control of the temperatures, the vacuum, the heating, etc. That’s something that we’re probably not going to get into.

But this is a fascinating, exciting, fun product category for us. It’s something that I love to see change; I love to see innovation, and I think it’s a really exciting time right now. We’re seeing this combination of very serious science, a few cowboys,  small companies – real hands-on innovators, that are driving the science side – and some of the really big guys that have been very engaged in science, that are maybe finding it a little bit of a challenge to keep up with the level of innovation that we’re seeing in the smaller businesses. I think we’re all going to look back at this time in the cannabis industry and say, “Wow, this was a tremendously exciting period, one that was filled with innovation and change.”