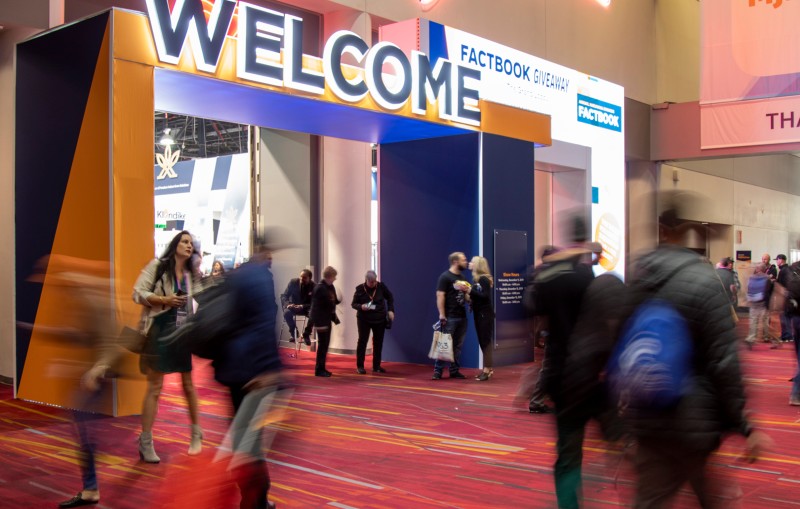 I’m drifting up, up, up toward the Las Vegas night sky. Flames roar to life over my head, illuminating the reds and yellows of the balloon’s canvas. I cling tightly to the wicker basket that separates me from the ground 30 feet below as the seemingly weightless vessel continues to float gently upward.

Did I anticipate taking a hot air balloon ride during my week in Las Vegas? Certainly not. My only ambition was to make connections and interview some awesome people during MJBizCon 2019. But, thanks to the magic of Las Vegas, the balloon ride was just one of the many wonderful and unexpected moments to arise from this year’s event.

Inspiring and Informative Sessions and Speeches 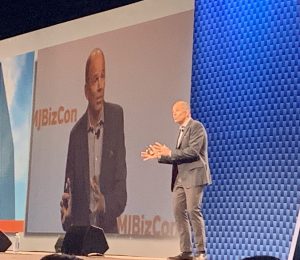 Founding CEO of Netflix Marc Randolph gave a rousing Keynote during day one of MJBizCon 2019.

It’s been a rocky year for many cannabis entrepreneurs, with the California market off to a hard start and the vaping crisis impacting businesses from every sector. None of this was lost on MJBizDaily CEO Chris Walsh, who gave a powerful overview of the state of the industry before leading into some of his predictions for 2020.

His insights, both somber and hopeful, were the perfect segue for former U.S. Senator Tom Daschle to speak about the legislative landscape for cannabis coming into the new year.

Though Daschle was reluctant to voice outward support for recreational use, he was ardent about the possibilities for medical research. His enthusiasm, however, was dim compared to Keynote Speaker and founding CEO of Netflix Marc Randolph.

Randolph pulled the audience off of their cellphones and directly into his past with a nail-biting rendition of his first meeting with Blockbuster over twenty years ago. The movie mogul Blockbuster was pulling in billions in revenue while Netflix was languishing in more than $50 million of debt when the two entities had their first meeting. Randolph went into that meeting hoping to sell his company for just enough cash to cover their debts. He came out empty handed, but determined.

His story was a much needed inspirational boost for the many entrepreneurs attending the event. Conversely, there may have been a few powerhouse CEOs who felt a little uneasy about how quickly Blockbuster went bust when Netflix disrupted their business model.

At the heart of this keynote was the pervasive current of disruption. Randolph was fond of quoting William Goldman’s famous line, “Nobody knows anything,” which is to say, don’t be intimidated by those you perceive as greater than yourself and don’t be surprised when someone comes out of nowhere and changes the paradigm.

His speech also served as a reminder of the importance of industry events for staying abreast of trends and changes occuring in the space. Without talking to other people and making connections, there’s no way to know what’s coming or how to adapt.

A cornerstone of MJBizCon is meeting people and making connections. It may seem like a whole lot of business cards changing hands with very few opportunities for follow up, but in reality it’s a giant melding of minds. 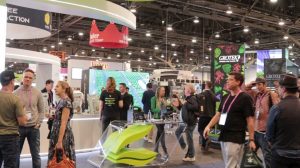 There were limitless opportunities for networking with more than 75 countries represented at this year’s MJBizCon.

The Cannabis & Tech Today team spoke with so many amazing companies, both new and established. One emerging company was particularly exciting for the work they’ll be doing with sustainability.

Geoff Trotter’s Regenebis will be framing their work around the United Nations Sustainable Development Goals.

Their organization will help cannabis companies define their sustainability objectives to help create an industry that will set an example for other emerging sectors.

We also spoke with Sisu, one of California’s largest extract providers, to learn how they’ve adapted their business to scale so quickly. We conducted a follow-up interview with Dr. William Levine, our 2019 Innovator of the Year, to learn more about the precision extraction technology he’s pioneering in Israel.

We filled every spare moment speaking with innovators from every field to learn what’s on its way out and what’s next in the tech space. 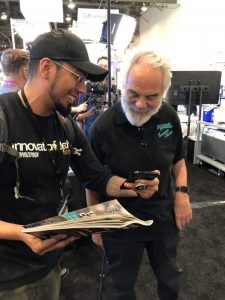 There were CEOs galore at MJBizCon, but what about the stars? There were some big names at this year’s event. Tommy Chong, former Cannabis & Tech Today cover star and cannabis icon made an appearance at the Polyscience booth to raise awareness for his newest partnership with Summit Research.

Our videographer Adam Saldaña spoke with Chong and shared some laughs while perusing the fall 2019 issue featuring Cheech Marin.

Tom Lister Jr., known for his roles as President of the United States in Fifth Element and “Deebo” in the cult classic Friday, was also spotted representing the brand Pineapple Express.

Again, our videographer Saldaña struck up a conversation with the celeb after Lister attempted to take Saldana’s gold chain necklace (Deebo style). 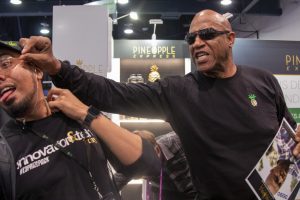 Saldana attempts to protect his chain from actor Tom Lister Jr.s portrayal of his classic character Deebo from the film Friday.

BigMike Straumietis attended on behalf of Advanced Nutrients and was spotted hosting interviews with his favorite exhibitors.

With more than 35,000 attendees, there were likely even more celebrities who came to learn, network, and photobomb.

There were a plethora of awards at this year’s MJBizCon. MJBizDaily hosted their Awards Gala at the Cosmopolitan to celebrate the many innovative companies and individuals pushing the industry to new heights in 2019 and the Cannabis Business Awards were bigger than ever. 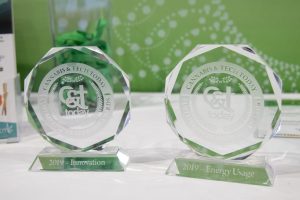 We selected from a myriad of qualified applicants to determine who is leading the charge for sustainable initiatives in events, stewardship, packaging, innovation, water, and energy.

Sustainability is an issue that is a primary concern for our publication and we hope these awards will be the first of many initiatives guiding the industry toward a greener future.

Start compiling your list of nominees now for next year’s awards!

No trip to Las Vegas would be complete without some excellent after-hours entertainment. There were so many events after the show floor closed that it was difficult to decide which to attend! 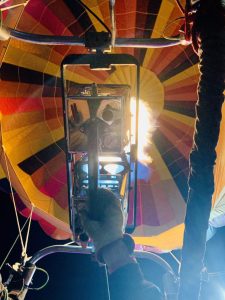 Looking inside a hot air balloon at the Farechild Dream House.

“Operation Cannabis: a Bash for Veteran’s Cannabis Access” sponsored by Surna was an inspirational and purpose-driven event to facilitate full legal access to cannabis for veterans.

As a veteran-owned business, this event was particularly impactful for Cannabis & Tech Today.

More than twenty veterans commit suicide daily and they are twice as likely to die from accidental opioid overdoses as civilians. Access to medical cannabis could save lives and help battle the symptoms of PTSD, a disorder with which so many veterans struggle.

The event raised awareness for the cause and gave attendees an opportunity to sign a petition to incite legislative change.

Toward the end of the week, some lucky VIPs were invited to attend “Dutchie Presents: the Farechild Dream House.” 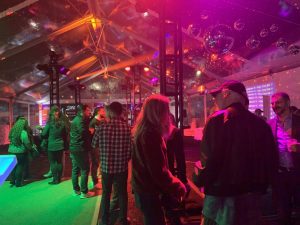 The event turned an ordinary industrial event space into a veritable fantasy, with amazing food, Kalvara serving THC-infused drinks, a full bar, tons of sponsors and giveaways, and an impressive full-size hot air balloon doling out free rides in the parking lot.

This consumption-friendly event blended all the best parts of Vegas with the best parts of MJBizCon, combining extravagant spectacle with innovative businesses and industry leaders to give attendees an unforgettable experience.

It’s impossible to summarize all MJBizCon 2019 had to offer.

Whether it was fascinating speeches from industry leaders, invaluable opportunities for networking, schmoozing with celebrities, or hovering above the earth in a questionable parking lot hot air balloon, you never know what to expect at the world’s largest cannabis business event.