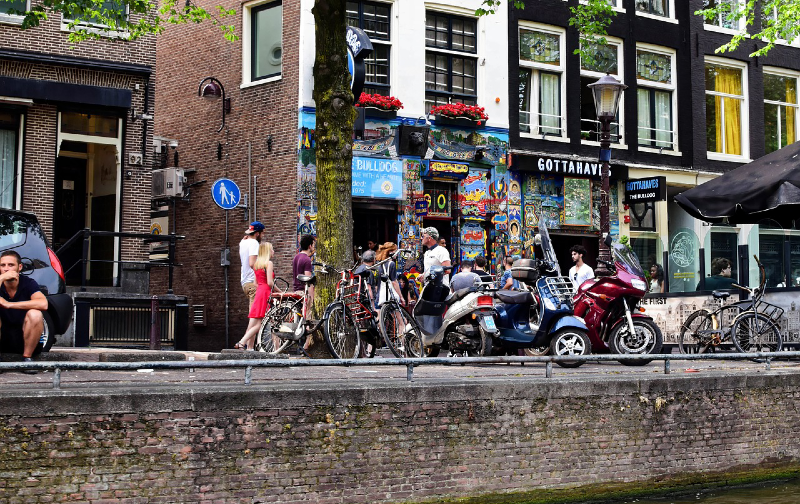 Few cities on earth, if any, are as well-known for cannabis as Amsterdam. The capital city of the Netherlands has long been home to a thriving cannabis community and is a top tourist destination for cannabis enthusiasts.

People travel from all over the world to frequent Amsterdam’s coffee shops and enjoy local cannabis flower and hash.

All over the Netherlands, little spots to purchase local cannabis exist. Amsterdam gets most of the notoriety, however, less high-profile cannabis options exist elsewhere in the European country.

Technically, cannabis is not legal in the Netherlands, it is just tolerated by authorities in some circumstances.

The Netherlands has a cannabis pilot program on the way, which if it is proven to be successful, could pave the way for full legalization.

Authorities in the Netherlands received 149 applications from prospective cannabis cultivators vying to be granted the right to legally cultivate cannabis to supply coffee shops in 10 jurisdictions that are part of a cannabis pilot program.

The Dutch government is launching a public policy experiment regarding adult-use cannabis.

Ten municipalities were selected as part of a pilot program. Regulators will use the information gathered by the pilot program to craft the nation’s future cannabis policy.

It’s really tough to accurately anticipate how popular the program will be, and thus how much each successful applicant will need to cultivate.

In total, 10 applicants out of the 149 will be selected to participate in the program.

Entrance into the pilot program does not guarantee future success if/when the Netherlands legalizes a regulated industry nationwide, however, it will definitely help companies get a chance to create a solid footprint in the Dutch market.

Has The World Caught Up To The Netherlands?

For many years the Netherlands was the undeniable leader when it came to cannabis tourism because of the lack of enforcement of cannabis prohibition.

That has changed to some extent in recent years. As Amsterdam was experiencing turmoil on the cannabis policy front, other nations legalized cannabis for adult use.

Uruguay does not permit legal sales to tourists, despite having legalized cannabis for adult use several years ago.

Canada, however, does allow tourists to purchase cannabis and has also been home to a well-established cannabis community. Canada cultivates some of the best cannabis on earth, and many tourists are going there now instead of Amsterdam.

It’s likely going to be part of an ongoing trend that diminishes Amsterdam’s cannabis tourism revenue figures as more countries get on the right side of history and legalize adult-use cannabis sales.

With that being said, Amsterdam is still Amsterdam, and if the Netherlands can get policies updated, the European nation could remain an international leader for cannabis tourism well into the future.