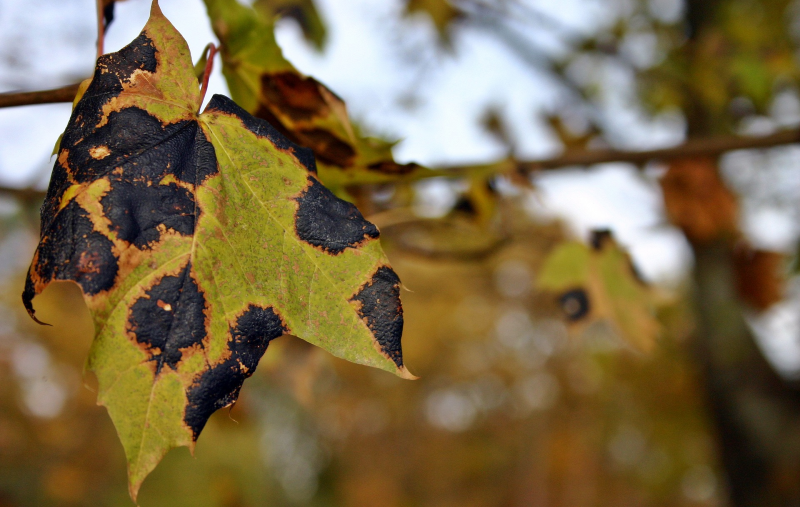 At one point not so long in the past, it was commonly said amongst the cannabis cultivation community that “cannabis doesn’t get viruses.” That cannabis’ closest cousin – hops – has multiple known viruses and viroids of significant impact should have been enough to put this statement in doubt.

Today’s article should put this fallacy to rest and in the process give the reader a better understanding of what viruses and their lesser known relative, viroids, are; explain some of the challenges in detecting both novel and known viral and viroid agents in cannabis; and provide a list of some viral/viroid agents definitively known to infect cannabis.

An Introduction to Viruses and Viroids

Viruses are non-living, biological entities, with a nucleic acid genome coding for one or more requisite proteins.

In the broadest overview possible, once inside a suitable host cell, viruses take advantage of cellular components to express the viral genome, replicate new copies of this genome, and package copies of this into a shell (capsid).

Infectious particles consisting of a capsid and viral genome then exit the host cell and can be taken up by a new host cell, starting the cycle over again.

While there are a lot of nuanced variations on this (type of nucleic acid; genome structure; replication mechanism; number, type, and roles of genes expressed; structure of capsid and possible lipid coating; method of virus release; and method of transmission or vectoring to new host cell) the overall picture is constant.

Viruses are, in effect, a sort of intracellular parasite, and the damage to host vigor arises through misappropriation of cellular resources and application to benefit the virus, not the cell or organism as a whole.

While people are familiar with viruses, viroids are less commonly known. The simplest description of a viroid is that it’s a virus which lacks the ability to make a capsid and can’t generally transmit across distances between cells to infect new hosts.

If you imagine a person on a crowded transit bus and they have a viroid, that viroid doesn’t have a viable way to survive environmental exposure and infect the other passengers; and the person isn’t replicating themselves by clonal vegetative propagation, either.

Overall it’s a pretty lousy biological strategy if you infect animals, but it’s viable in plants where viroid “naked nucleic acids” can transport between cells via cell-to-cell fluid permeable junctions.

How Do Viruses Affect Cannabis?

Take home message from all this? If you are running a cultivation operation, having either viruses or viroids in your plants is probably going to be detrimental.

If you’re bringing in new stock material, viruses are probably more worrisome than viroids, as they’ll have a greater likelihood of infecting other plants in your operation.

What are the symptoms of viral infection in cannabis? For the ones we know – and frankly, likely for the ones we don’t – symptoms include a spectrum of leaf wilting, chlorosis, necrotic spots, and similar pathologies.

In fact, visual symptoms alone are generally not distinctive enough to say which virus is the cause, so if someone looking at your plants states “You’ve got Virus X,” take it with a grain of salt.

On the other hand, as remediation options are mostly the same across all viruses, it may be a bit of a moot point; you’ll be looking at similar responses regardless of the exact culprit.

We know about viruses and viroids in a lot of other plants – how do we go about looking for them in cannabis, and, once found, how do we know if they’re significantly pathogenic?

Classical virology takes suspected diseased starting material and works by further growth, isolation, and characterization of the virus or viruses present in the material.

Another molecular biological approach is next generation sequencing “NGS,” where you just sequence every bit of nucleic acid you can find out of a sample and then use bioinformatics to decipher what was there.

This last approach requires neither that the agent grow (like classical virology) nor that it be closely similar to other viruses; as cost for this approach steadily declines, it is becoming the method of choice.

Once a virus is discovered, it’s possible to develop high sensitivity, rapid, cost-effective molecular assays to screen material such as incoming clones for its presence or absence.

Determining if they’re pathogenic is most easily done by intentionally exposing healthy plants to a virus (or viroid) and watching if this results in pathology; in essence, fulfilling what’s known as one of Koch’s Postulates.

The Most Common Viruses Infecting Cannabis

What are some of the viruses and viroids that have been definitively shown to infect cannabis? Here’s a list of six (eight, if you include name variations), but bear in mind that as more research is done, this will likely expand.

Note that all of these have RNA genomes, not DNA – this is a common trend in plant viruses. Unfortunately, this has repercussions.

DNA is chemically stable and normally has high fidelity replication, meaning DNA-based viruses can be screened for in all sorts of plant material, even dried flower, and genetic sequences are usually fairly stable (making tests reliable). RNA is, however, chemically unstable, so you can’t meaningfully go looking for them in anything but fresh tissue (and ideally, from a visibly diseased site).

A related problem is that RNA virus replication is usually highly inaccurate. This is actually an evolutionary strategy, where a single incoming virus can create high numbers of randomly mutated progeny in what’s referred to as a “quasispecies swarm.”

Somewhere among the swarm may be a sequence variation optimally suited to survival in that host cell, and it will outcompete its siblings. Unfortunately for us, this same variability may cause our targeted molecular assay to not detect the virus.

The old adage “absence of proof is not proof of absence” is never more true than when testing for RNA viruses.

So what can you do if you think you have a deleterious virus in your cannabis crops? Best practices include immediate quarantining (or even better, destruction) of suspect plants.

Another key vector – and this one can act to move viroids between plants, as well as viruses – can be insects such as thrips.

These can get contaminated by being on or eating an infected plant, and then crawling or flying to a healthy one, bringing infectious agents with it; a process known as “vectoring.”

If chemical pesticides aren’t an option – and in this business, they’re not – consider using selected predatory insects to kill off the vector species.

In some cases, healthy cuttings may be salvaged from the periphery of a diseased plant, allowing recovered propagation of a prize clone while the bulk of the plant (and hopefully, all of the infected portion) is safely destroyed.

Taking this approach to the extreme, plant tissue culture, particularly when established from primitive meristematic tissue (before vascularization gives viruses and viroids a chance to enter the cell), can be combined with hyperthermic growth of callus to ‘clear’ diseased material and allow ongoing propagation of clean starts.

Putting those clean starts in a contaminated grow house doesn’t help much, so a comprehensive regular sanitation program for all grow areas – using approved agents depending on jurisdiction such as dilute bleach or food safe quaternary amines – is a good preventative measure.