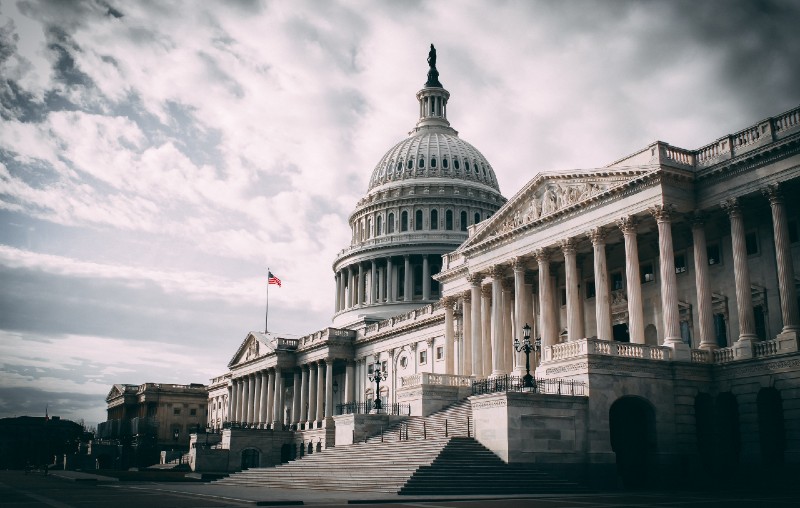 Having been in the alcohol and tobacco permitting industries for decades, we’re often asked when cannabis will be federally legalized. Until now, it’s been hard to say, but things could finally be coming to a head.

Cannabis is now legal in 33 states. In the last few years, federal legalization has become a political issue and the conversation around taxation and decriminalization has gotten more specific. With a number of bills working in Congress, and one which has passed committee, it appears that federal law may change soon to tax and regulate cannabis.

After so much time, why could we finally be close to federal legalization? It’s a culmination of three “R’s”: regulation, revenue, and reform.

We’ve needed to bring cannabis out of the back alleys for years, standardizing production, labeling, permitting, and distribution. We believe that the cannabis industry needs to be legalized, regulated, and taxed for the safety of the general public and as an economic driver of the communities that cannabis businesses serve. The experiences of states which have legalized the product provide examples of how this may happen.

The impacts of COVID-19 have made state budgets a hot item. States need money and, if the federal government is going to bail them out, cannabis legalization would provide an excellent funding source. New Frontier Data estimates that the U.S. legal cannabis industry could be worth $29.7 billion by 2025. The industry saw a 32% growth in 2019 just over the previous year. The need for revenue will be a defining factor in legalization, driving the government’s decisions over the next few years.

Today’s discussions of criminal justice reform parallel the conversation around cannabis legalization. Many consider former marijuana convictions for possession or small-time dealing unnecessarily harsh or culturally motivated. However, some lawmakers are supportive of criminal justice reform and not of cannabis, or vice versa, which could create a hang-up in federal taxing and permitting. This is likely an issue the government will have to deal with before this upcoming election or in the next Congress.

Our experience goes back to alcohol and tobacco permitting in the 60s and 70s when the federal government more strictly controlled these products. We have seen the regulatory structure evolve over this past 50 years and we expect that cannabis will be regulated as a revenue-producing product similar to how alcohol and tobacco are today.

The federal government regulates alcohol through a long-standing, three-tier system that includes supplier and wholesale permits regulating production, labeling, and distribution all the way to the retailer.

Tobacco is taxed either by product unit or as a percentage of the sales price. A simple way to regulate cannabis would be to treat it as another tobacco product. However, one consideration is that some cannabis is also used for medical purposes, which will likely be tax-exempt. Low THC or THC-free products may also be tax-exempt by definition.

While cannabis could be regulated more like alcohol, tobacco, or a mix of both, our regulatory connections say one thing’s for sure: they’re not trying to reinvent the wheel. They likely already have ideas and plans for cannabis permitting, bonding, and taxation similar to alcohol and tobacco.

Even if cannabis is federally legalized, coping with the transition from an illegal to a legal industry (under federal law), qualifying for permits, accessing banking, and other considerations will need to be worked out.

Just like with prohibition in the 1930s, the illegal industry will continue even after legalization. California is currently dealing with this problem. For some, it’s about making more money, but for others, it’s because they can’t qualify for the new permit system.

The federal government will need to decide how to treat permit applicants with criminal convictions. One proposal is to wipe out any previous convictions related to cannabis. While some lawmakers may be willing to forgive smaller convictions, forgiving those with more severe crimes and tax fraud is unlikely.

With criminal convictions and establishing banking, it’s going to take a lot of work to get cannabis businesses ready to qualify for federal permitting.

With experience in alcohol and tobacco regulation going back to the 1960s, this is where an experienced team of compliance experts can help. Experienced compliance professionals know what the government is likely to look for in terms of financial and business background and can help prepare companies to prequalify so they can submit their applications as soon as federal permitting is available.

While growers and processors with a state license have already undergone some of the process and may be ahead of the curve, those who have not will need to learn how the system works. As with alcohol and tobacco, each state has different policies when it comes to cannabis. Those looking to operate in a state where cannabis isn’t legal will likely be unable to obtain their federal permits.

Even after businesses do obtain their federal permits, they’ll require help with compliance issues and government audits. Typically, operations under the complex federal rules can generate issues and errors that are best identified before the government audits and finds them. The industry is going to need a lot of help with learning how to do it right.

The current political mix around cannabis legalization is interesting. Each of the main political parties has advocates and opponents during an election year filled with the issues we are faced with today. While we might see legalization by the end of the year, it’s more likely that it will happen in 2021 or 2022.

In the meantime, it’s about waiting to see how liberally or strictly the government determines who can have a permit. Compliance professionals can help clients prepare and adapt to what the law says in the end. It’s a fascinating time for the industry and we’re excited to see it evolve.