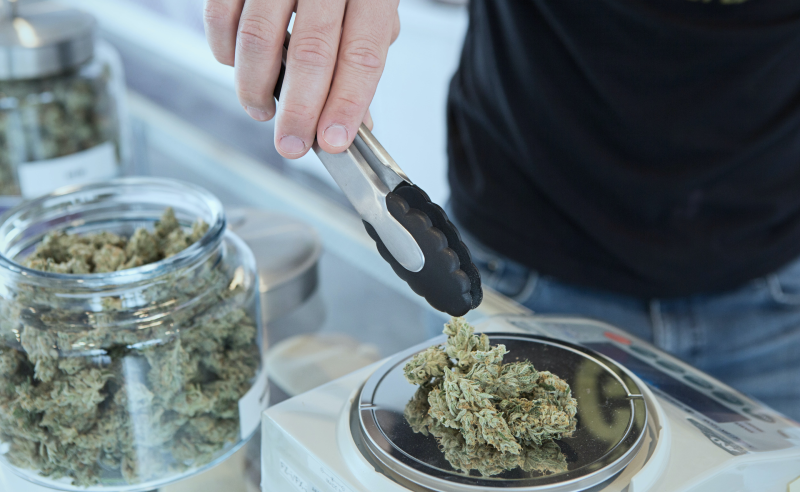 America has a bad case of pandemic anxiety.

Tens of millions of workers lost their jobs and face dismal prospects of getting new ones.

There is no end in sight.

Anxiety has gone mainstream and so has marijuana.

Americans are turning to their favorite leaf for pandemic anxiety relief. 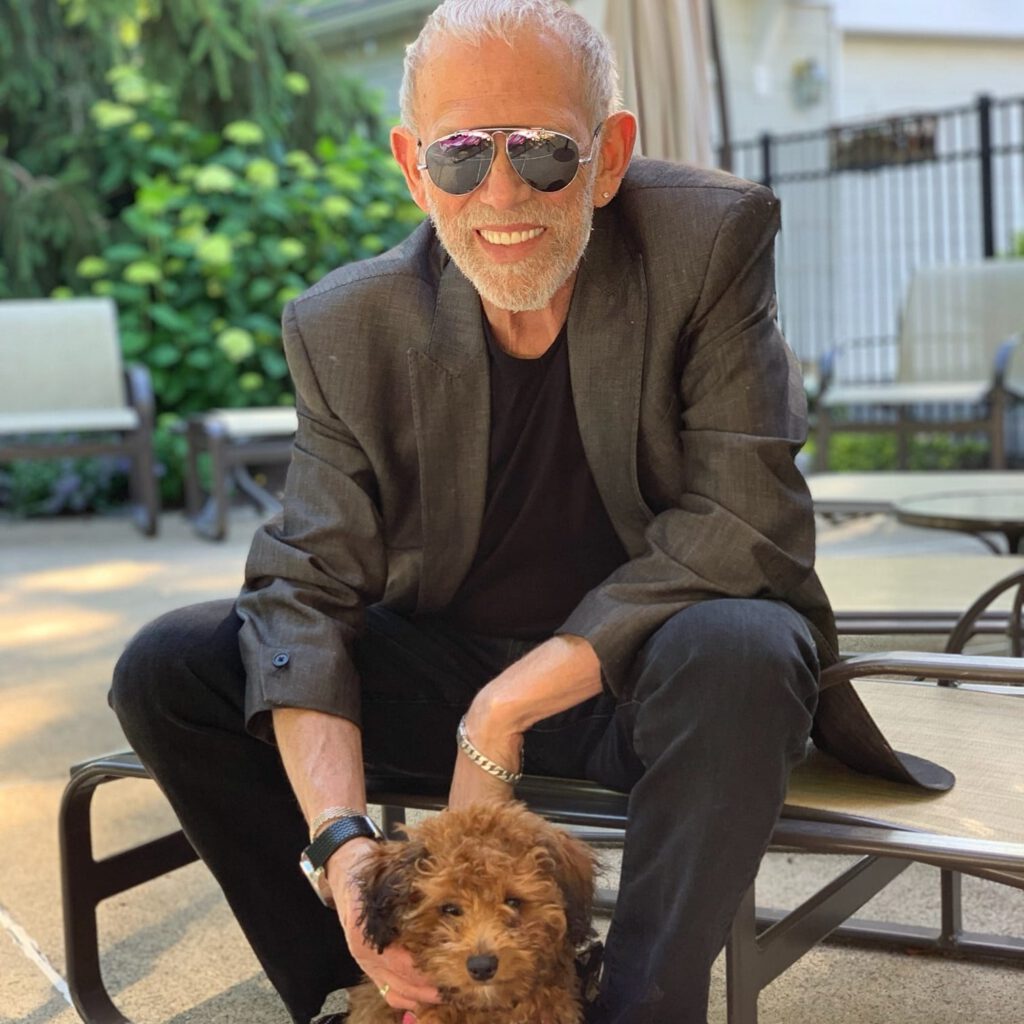 In New Jersey, one of the few states to recognize anxiety as a qualifying condition, the pandemic has prompted a rush on medical cannabis cards.

“The dam just broke as far as medical cannabis was concerned,” said Dr. Allan Tiedrich, a New Jersey doctor and founder of Doctor-THC, a clinic providing medical cannabis cards via Telehealth Services, eliminating personal visits that might increase the risk of infection.

He said that anxiety as a qualifying condition has increased to about 70% of his total patients’ diagnoses, from about 30% pre-pandemic.

“The pandemic is causing it,” he said. “But, if they get cannabis and are feeling anxious, they can take a puff on their vape pen and get through the day —  and they’re not using something that’s addictive.” 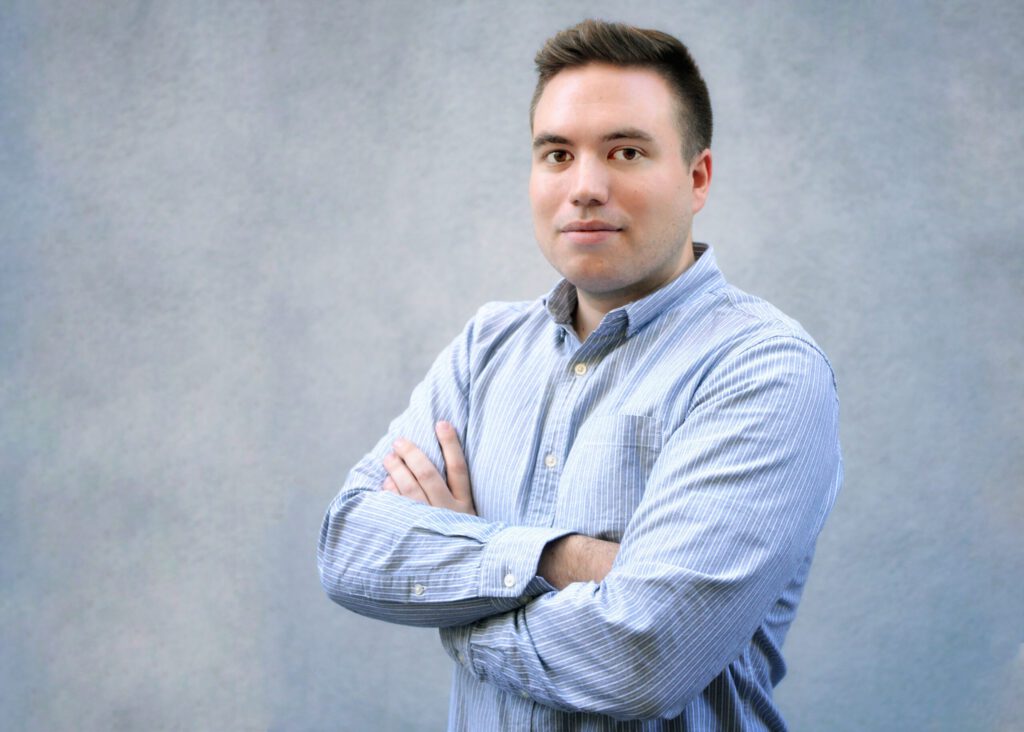 As coronavirus spreads across the land and leaves economic wreckage in its wake, it seems that all of America could probably qualify as anxious.

“We have seen an uptick in anxiety,” said Kyle Powers, CEO of PrestoDoctor, a New York-based online provider of medical cannabis cards with a network of about three dozen doctors in six states.

Dr. Laren Hightower, who works for PrestoDoctor in the fast-growing medical cannabis state of Oklahoma, said that since the quarantine started in April, “I’ve seen a large increase in the number of patients requesting medical cannabis to relieve their symptoms, mainly anxiety. It’s understandable that with the financial stress from job loss, furloughs, and shifting to working from home, multitudes are overwhelmed.”

COVID-19 cases are surging in at least 40 states, particularly Florida and Arizona, which were reporting daily records heading into the July 4 weekend.

After a holiday weekend of inadequate social distancing in the Sunshine State, intensive care units were maxed out in 56 hospitals. 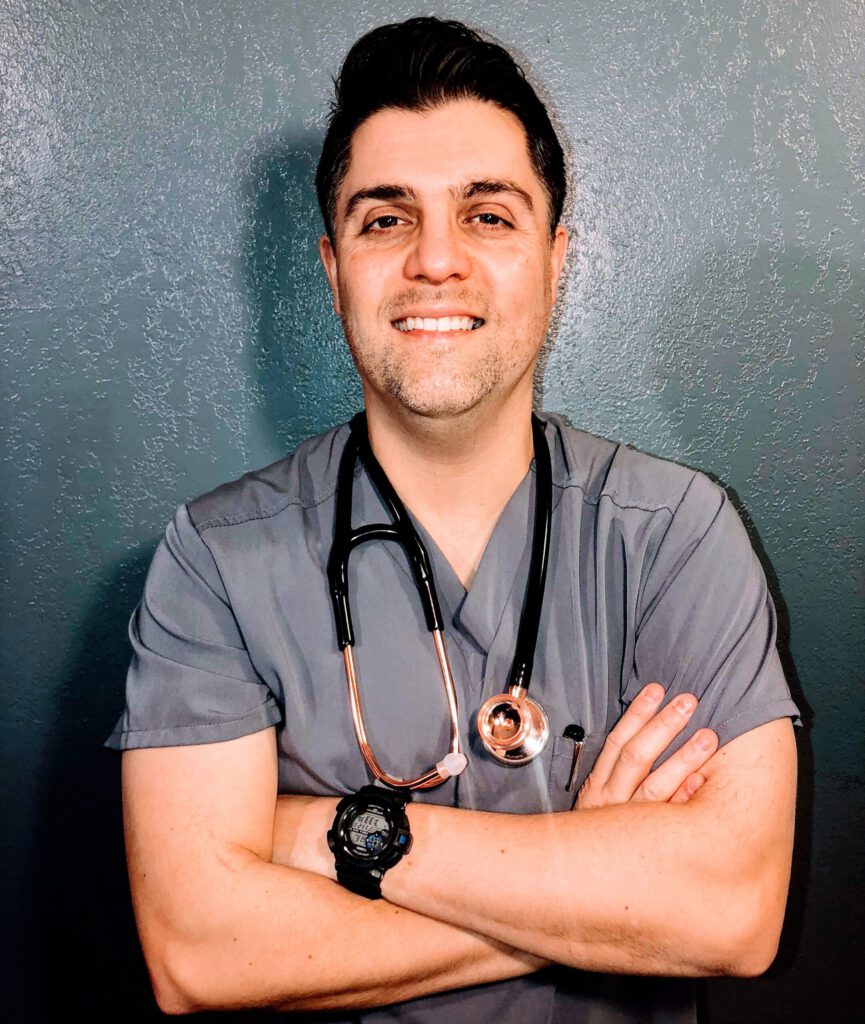 Florida and Arizona experienced an unprecedented surge in cannabis sales, with the most recent figures from May showing record sales that easily exceed pre-pandemic levels.

It remains to be seen whether summertime sales will rise in tandem with COVID-19.

But numbers have been trending in that direction, prompting Cantor Fitzgerald to raise the price target for Trulieve Cannabis Corp., which just opened its 51st location in Florida.

Florida has 362,000 card-carrying medical cannabis patients and is one of several states, like California and Oklahoma, that provide a loose enough interpretation of qualifying conditions to allow for anxiety and similar conditions like depression. 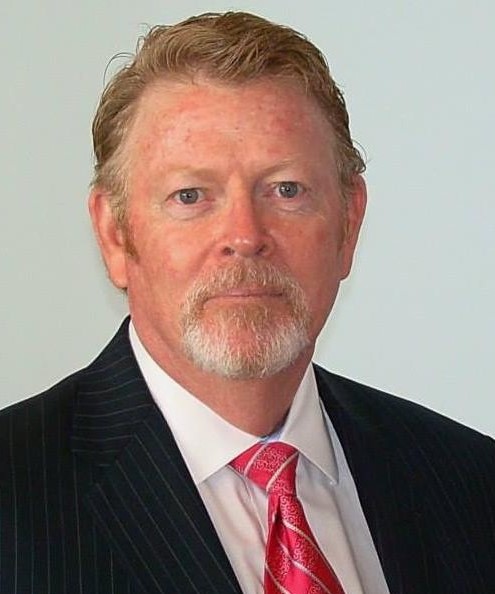 Jeffrey Sharkey, founder of the Medical Marijuana Business Association of Florida and CEO of Capitol Alliance Group in Tallahassee, a government relations business consultancy working with cannabis companies, said that cannabis purchases increased by 40% during March, April, and May.

“The stress levels, the mental health levels, are extremely high,” said Sharkey. “The uncertainty and the anxiety and the mental stress has amplified a number of these medical conditions for sure. I’ve talked to a number of people who have increased their usage.”

Florida has gained 2,500 patients a week during the pandemic, he said, but the established patients are those driving sales.

But the pandemic hasn’t provided a windfall for Dr. Weyback, who has scaled back from about 50 new patients a month, to almost no one.

“I personally, ethically, and morally do not feel okay with potentially increasing a patient’s risk of exposure to a potentially deadly novel virus,” he said. “I elected to more or less shut down my practice from the standpoint of taking in new patients because I have to protect my family because my wife is immunocompromised.” 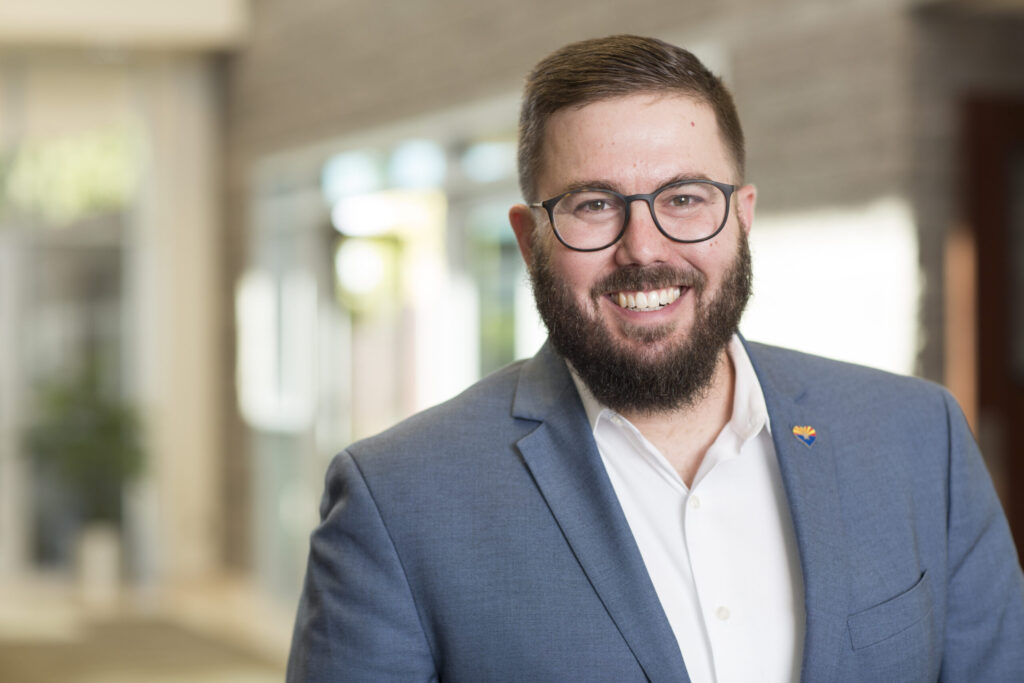 Sam Richard, executive director of the Arizona Dispensaries Association, said his state has seen a 40% increase in cannabis sales year-over-year during the pandemic and “we show no signs of slowing down.”

Arizona allows a relatively generous monthly allotment of two-and-a-half ounces at the comparatively modest average price of $275 per ounce.

Richard believes that many patients might be loading up for extended periods of self-quarantining in their apartments.

It’s not just the quantity of usage, or why they’re using it.

It’s also how they use it.

The state’s dispensaries offer what is arguably the most impressive variety of menu selections, including heady concentrates like shatter, unusual modes of delivery like inhalers and enemas, and adventurous products like intimacy oil.

Richard said the pandemic is giving quarantined and unemployed patients an excuse to experiment.

“There’s an opportunity to explore,” said Richard. “If you’ve been rocking a 10 mg gummy and you want to see what a 100 mg cookie does to you, it’s probably good that you don’t have work to do for the next couple days.” 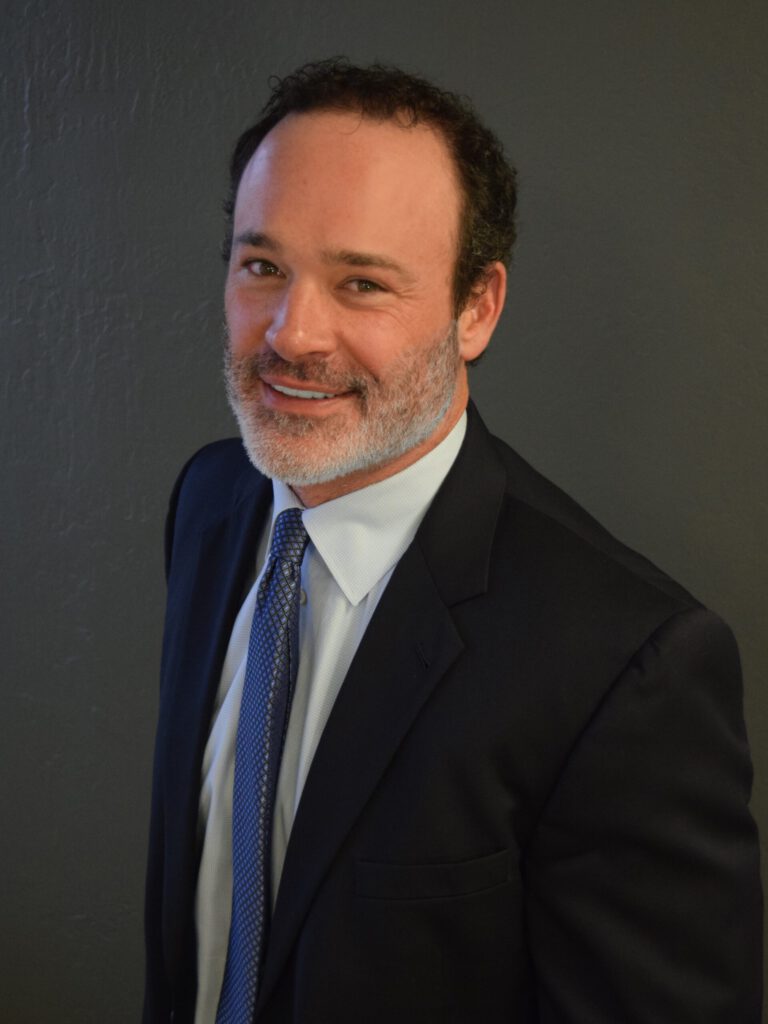 In Arizona, more than 90% of patients have chronic pain as a qualifying condition, said Steve White, president of the Arizona Dispensaries Association.

But that doesn’t tell the whole story.

“In terms of overall cannabis consumption, we expect a variety of factors are driving consumption trends, including greater reliance on cannabis to relieve stress and anxiety, aid sleep, and accentuate recreational experiences,” said White, who is also CEO of Harvest House of Cannabis, which has dispensaries in four states including Florida and Arizona.

Back in New Jersey, Dr. Tiedrich said he’s written 586 prescriptions for medical cannabis, including many for anxiety, chronic pain, and PTSD.

He said that increased cannabis use, whatever the qualifying conditions may be, can only benefit society in these trying times.

“Frankly, I think we all should be smoking pot,” he said. “It would be a more peaceful world. Women should run it, and we should all be buzzed.”