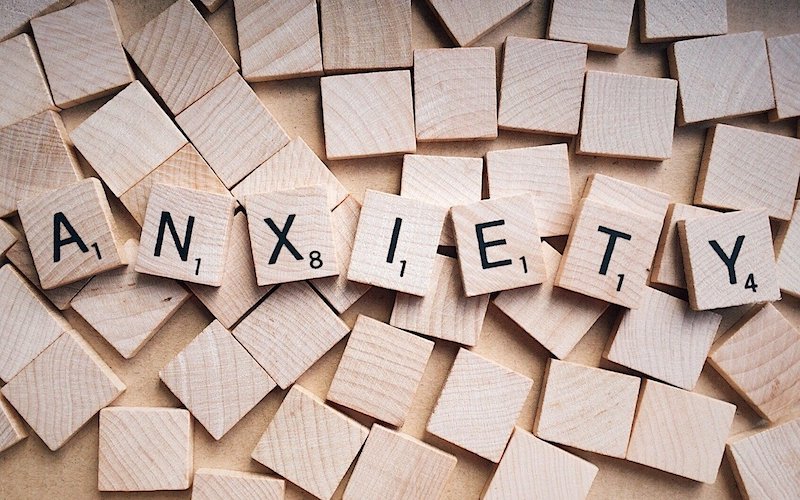 For many, a world free from anxiety is a dream, but to one Scottish woman, it’s reality. Jo Cameron, now 71, has lived an anxiety and pain-free life. To Cameron, an epidural is merely a tickle, and the anxiety that should accompany childbirth or surgery dissipates before it’s ever felt. Her secret, once hidden within her DNA, now exposes a promising treatment strategy for the nearly 30 percent of the population who suffer from anxiety but fail to find relief from traditional medications. Cameron’s genetic mutation holds a striking resemblance to a mechanism by which cannabidiol (CBD) affects brain function, and so the spotlight is now on the endocannabinoid system, with CBD at center stage.

People turn to cannabis for a spectrum of medical needs, and in California, treating anxiety-related conditions accounts for nearly 40 percent of its use. When the current pharmaceutical industry falls short, many have justifiably sought alternative strategies. But when it comes to CBD, the use guidelines are vague, leaving many to weed through their own trial and error process while constantly wondering, “Does this really work?”

The short answer is, it can. Amassing pre-clinical and clinical studies support CBD’s anxiety-reducing abilities, but they all highlight one critical aspect of effective use that is underappreciated among the majority of users: proper dosing. The reason dosing is so critical is the same reason why CBD can be an effective anxiolytic in treatment-resistant forms of anxiety, and also why it has such a wide-ranging therapeutic spectrum.

Related: What is the Difference Between THC and CBD?

Most prescription medications have only one or two targets in the brain, but CBD has over 65. One traditional class of anxiolytic medications are benzodiazepines (e.g., Xanax, Valium) which increase the level of overall brain inhibition by activating receptors for the brain chemical, GABA. While these drugs can dampen feelings of anxiety, they are highly sedating and dependence forming. Other traditional anxiolytic medications, such as selective serotonin reuptake inhibitors (SSRIs, e.g., Prozac) increase the amount of the brain chemical serotonin that is available to activate its receptor.

While this increase in serotonin levels is thought to promote feelings of well-being, it takes weeks to work and is ineffective at treating a substantial portion of the population. Both classes of medicines fail to fully treat anxiety which is why some scientists have begun to investigate the anxiolytic effects of CBD. Cameron’s now famous case revealed that the endocannabinoid system, specifically elevated levels of the endocannabinoid anandamide (i.e., the “bliss” chemical if you subscribe to its true Sanskrit meaning), may be an alternative approach to dampening anxiety.

CBD is like a souped-up anxiolytic because it can hit each of these targets. Like benzodiazepines, CBD binds to and activates GABA receptors, but in a different location that is believed to be less sedating. Like SSRIs, CBD activates serotonin receptors, but it activates them directly as opposed to merely increasing serotonin levels, so users experience relief in hours not weeks. And like Cameron’s genetic mutation that impairs the FAAH enzyme that breaks down anandamide, CBD similarly inhibits the activity of this enzyme, thereby elevating anandamide levels and enhancing cannabinoid receptor activation.

So why hasn’t the medical establishment eagerly jumped on the CBD bandwagon? Perhaps it’s because of inconsistent reports that CBD actually works. Digging deeper into these reports, the inconsistency can usually be explained by ineffective dosing and poor dose control. Unlike most other medication, more CBD is not always better. With other drugs designed to target a single brain system, upping the dose will strengthen its effect. But not with CBD. The more than 65 known CBD targets are both a blessing and a curse; they expand the therapeutic spectrum while narrowing the optimal dosing window. As the CBD dose rises, more targets get activated in the brain, some of which can block or impede the effect of low-dose targets.

So, what is the proper dose to treat anxiety? Sadly, federal regulations have limited the important dose-controlled studies needed to provide this information. However, we have insight from controlled studies in rodents and acute dosing studies in humans. Together, these studies have revealed a “Goldilocks Zone” of CBD’s anxiolytic effects, where neither low nor high doses of CBD are effective, but a moderate dose is just right. Several anxiety-inducing public speaking experiments revealed that single doses between 300 and 600mg of CBD reduced anxiety and stress-related measures, but doses below or above were ineffective. This optimal single dosing window provides a framework but no clear dosing guidelines for those seeking CBD for chronic management of anxiety. Daily doses of between 300 and 600 mg CBD would not only be terribly expensive, but would likely quickly become ineffective.

Users can take advantage of CBD’s relatively slow half-life, which is the amount of time it takes for the body to remove half of the drug initially consumed. With repeated CBD use, the half-life gets longer and extends into the 24 hour or more range. Therefore, daily users of small amounts of CBD will build up to effective dosing levels.

The best strategy to identify one’s optimal dosing regimen is to start low and go slow. One is better off undershooting and building up to the optimal dose than overshooting and continuing to escalate. One of the requirements of this process, however, is an accurately labeled and consistent product. A report from 2017 found that only 31 percent of CBD products were accurately labeled; 43 percent were underlabeled and 26 percent were overlabeled. This presents a challenge to those forced to use trial-and-error in order find their Goldilocks Zone. Reputable products with accurate and consistent concentrations or precise delivery mechanisms are an important part of this process.

Despite the challenges, there’s justifiable excitement surrounding CBD as a novel treatment strategy for acute anxiety to generalized anxiety disorder. But the benefits also extend to treating comorbid anxiety symptoms in numerous other conditions. Early clinical studies have demonstrated that CBD reduces anxiety associated with post-traumatic stress disorder, obsessive compulsive disorder, and autism spectrum disorder. Neuroscientists like Yasmin Hurd from the Icahn School of Medicine at Mount Sinai are looking to harness CBD’s anxiety-reducing benefits to prevent opioid relapse and help break the chains of addiction.

If used at the right dose, CBD’s anxiolytic effects can be extensive, and the mechanistic pillars by which CBD provides these benefits continues to grow. Thanks to the exciting finding hidden in the genes of a 71-year-old Scottish grandmother, another foundational pillar has been added to the list by which CBD may provide relief for those unresponsive to other treatments.

The Benefits of Adding Hemp Seeds To Your Daily Diet