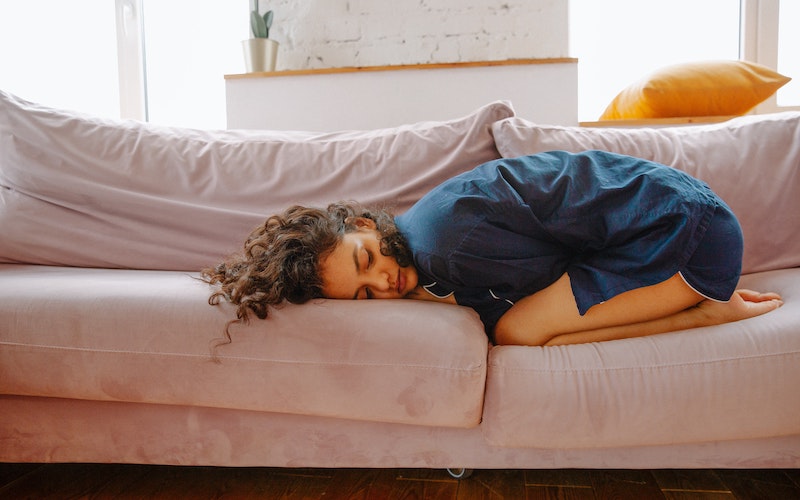 CHS: What is it and Should You Be Concerned? 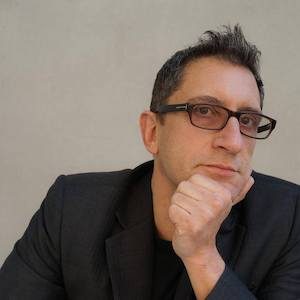 “I just vomited. It went on for about 30 minutes. It was humiliating, embarrassing, and completely

mystifying… It literally felt like somebody ripped into my stomach and was pulling it inside out.”

This incident was Joe Dolce’s first indication that something was wrong. Dolce is the former editor of Details magazine, author of Brave New Weed, and host of the Brave New Weed podcast.

Shortly after his first episode of vomiting, he discovered he was suffering from Cannabinoid Hyperemesis Syndrome (CHS), a relatively unknown condition that affects millions of people across the globe. Those afflicted report repeated bouts of severe nausea, abdominal pain, and vomiting.

In an interview with President and CEO of Opiant Pharmaceuticals Dr. Roger Crystal, we discussed the increasing prevalence of Acute Cannabinoid Overdose, which differs sharply from CHS. He was quick to clarify that CHS is not an overdose and is not necessarily preceded by ingesting a large amount of cannabis products. 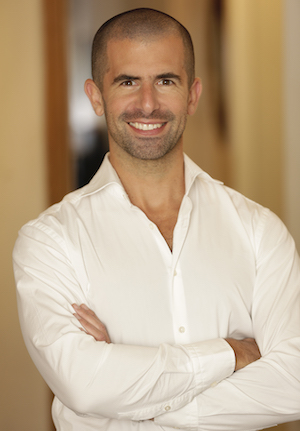 Dr. Crystal explains, “Hyperemesis is a spontaneous condition typically affecting people who are using cannabis chronically. It always happens out of the blue. It’s not necessarily that someone, one night, decides to take an extraordinary amount of cannabis. These are often people who, out of the blue one day, have profound vomiting.”

People suffering from the condition are deeply impacted by its symptoms. Dr. Crystal elaborates, “It’s extremely problematic for people. This is something that is also a concern as we increase legalization and habitual use of cannabis, and something for which we do not have any treatment currently.”

Who is Affected and How is it Treated?

Unlike cyclic vomiting syndrome, CHS seems to only affect daily long-term users of cannabis. Many suffering from the condition report that hot showers reduce the symptoms for a short time. Strangely, traditional therapies for treating nausea and vomiting are ineffective.

Currently, there is no treatment or cure, aside from giving up cannabis all together, forever.

Now, imagine working in the cannabis industry and finding yourself plagued with this terrible, mysterious illness. For one unlucky edible reviewer, Alice Moon, her world was about to be turned upside down.

“I passed out in the front yard one day because I was puking so much that I couldn’t cling to the toilet bowl anymore.” Moon describes laying in the grass, vomiting again and again, as her neighbors watched. She continued, “One day a neighbor came up like, ‘Can I help you?’ And I just burst into tears because no one knew how to help me and there was nothing they could do.”

This feeling of helplessness is echoed by many people suffering from the condition. The syndrome was first documented by J.H. Allen and colleagues in 2004. Their article titled, “Cannabinoid hyperemesis: cyclical hyperemesis in association with chronic cannabis abuse,” was the first to describe the symptoms affecting 19 patients in South Australia. Since then, relatively little research has gone into studying the illness.

Reports of people suffering from the condition are rising. This could be attributed to increasingly widespread legalization and an overall lessening of stigma associated with the substance. People feel more comfortable talking with their doctors about it and are more inclined to report their symptoms to healthcare workers.

The number of people impacted is still unknown, but one study from the New York University School of Medicine estimates that nearly three million Americans may suffer from CHS.

Could Pesticides Cause CHS?

Many people, even those afflicted, are reluctant to accept this condition is caused solely by cannabis use. Some argue it must be contaminants, pesticides, or herbicides that are making people sick.

Leafly recently interviewed cannabis researcher and neurologist Dr. Ethan Russo to find out if pesticide poisoning could be the culprit behind CHS. Russo notes, “As much as I decry the use of pesticides on cannabis, their toxicity profile does not match the symptom complex or time course of CHS.”

It’s also worth noting that those suffering from CHS often treat their symptoms with hot showers. Pesticide poisoning is not affected by hot bathing.

Alice Moon and Joe Dolce also disagree with the assumption that these symptoms are caused by pesticides. Dolce was quick to note, “I’ve had some of the finest cannabis grown by some of the finest growers in the world and I’m certain there were no pesticides used on their products.”

Moon considered pesticides as a plausible explanation. She shared, “After the first episode, I quit using cannabis for three months and then I started lightly smoking again and I was using pesticide-free weed because everyone kept saying, ‘It’s pesticides, it’s pesticides!’” Her symptoms came back anyway. She tried using just CBD at the urging of her friends who insisted CBD would help counteract the nausea. She became more sick than ever, with her final bout of vomiting lasting for 16 days.

“I felt like I was dying every day. It was just like, ‘When am I going to stop throwing up?’ Because it was non-stop throwing up. There was nothing I could hold down,” Moon recalls.

The Science Behind the Sickness

The obvious question is, why does this illness cause vomiting when so many studies cite cannabis as a treatment for nausea? In a study published by the National Institute of Health in 2011, researchers Jonathan Galli and colleagues tried to find that connection.

Galli notes, “The cannabinoids demonstrate opposing effects on the emesis [vomit] response. A disruption in this balance causing the pro-emetic properties to overcome the anti-emetic effects may explain the paradox observed in cannabinoid hyperemesis syndrome.” In other words, an improper balance of cannabinoids can suppress anti-nausea properties and have the reverse effect, actually encouraging vomiting.

THC is also stored in lipids (body fat), and can be released into the body during times of increased stress or food deprivation. If someone suffering from CHS hadn’t eaten in days due to vomiting, their body may begin burning fat as a response to hunger. That fat would release more THC into the system, causing more vomiting.

Related: Is Cannabis the Safest Option for Treating Migraines?

This condition can have additional complications. Moon suffered from a hernia, kidney dysfunction, stomach ulcers, and a bacterial infection in her gut as a result of prolonged vomiting and dehydration. These complications can be life threatening. In one case, a young man named Brian Denny was repeatedly hospitalized for symptoms of the condition. In a few short months, he lost 40 pounds and his mother watched helplessly as his kidney function continued to decline from dehydration. He passed away suddenly, in his home, after complaining that his back hurt and he couldn’t breathe. The coroner’s official cause of death was dehydration due to cannabinoid hyperemesis syndrome.

The implications are rarely so dire, but should be taken seriously. Some people become so sensitive to the substance that they can’t even touch items containing cannabinoids. Moon explained, “Some people have flare ups from eating chocolate or having coffee or eating food with black pepper. Those three foods all have naturally occurring cannabinoids. So there are some people who literally can’t even touch those foods with getting sick.”

Surprisingly, a derivative of another food seems to provide some relief. Capsaicin, a naturally-occuring element in chili peppers, can help. Used as a topical cream, capsaicin-derived ointments are providing some relief from the nausea and stomach pain.

Hatfield explains, “Chronic use of cannabinoids is thought to downregulate TRPV1 signaling, leading to altered gastric motility, nausea, and vomiting. Topical capsaicin produces a strong heat sensation upon contact with the skin acting as a potent TRPV1 agonist, alleviating the gastrointestinal symptom complex associated with CHS.”

The condition is so poorly understood that many people suffering from CHS are being misdiagnosed. Moon spoke to the severity of the issue: “It’s just so misunderstood. There are a handful of people who have had their gallbladders removed because doctors didn’t know about CHS — literally organs removed. Personally, I’ve spoken with three people who have gone through that.” 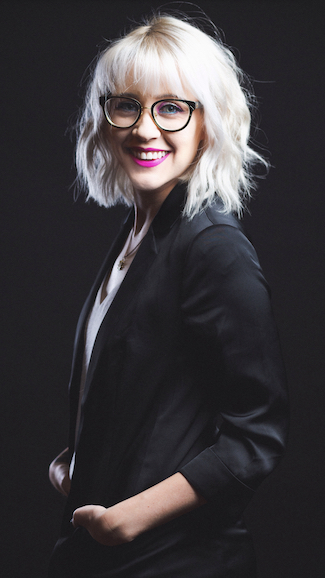 For Alice Moon, her only relief came from giving up cannabinoids completely. Second-hand smoke, even coffee or cannabinoid-containing items, are completely off the table. This seems to be the only sure way to stop the condition from recurring, and that’s a problem.

Many people use cannabis for pain relief, for pleasure, or for combatting depression or anxiety. For those people, it can be very difficult to give up the substance all together.

When I asked Dolce what he found most surprising about the illness, he shared that what most surprised him is that he continues to smoke. “Maybe I’m completely a masochist at some point, but cannabis still brings me more pleasure than displeasure at this point. It hasn’t happened in maybe a year, so I feel that maybe I’ve gone over the hump. But I have to say, I’m still a little nervous.”