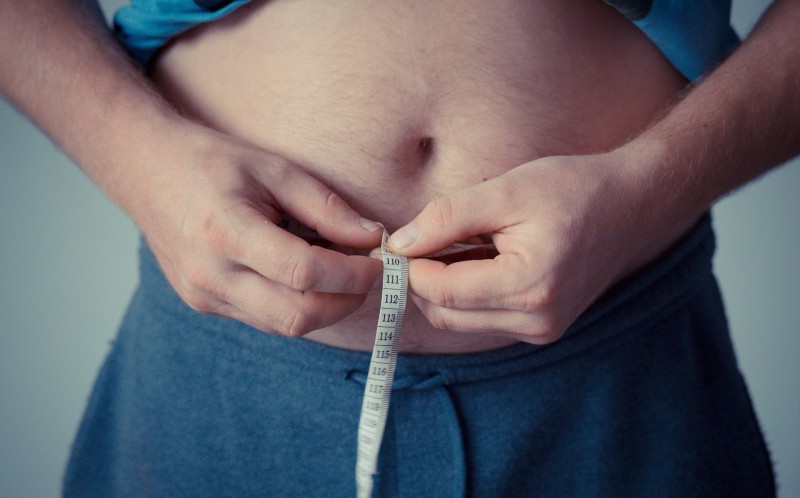 Research suggests that over half of the United States will be obese within ten years. Worse still, one in four Americans will be “severely obese” within that timeframe. More obesity and poor dietary decisions are resulting in an explosion of type 2 diabetes. New research points to cannabis as a potential treatment option for the debilitating disease.

Why Are Obesity Levels Increasing?

Obesity is primarily caused by environmental factors, but it’s highly dependent on lifestyle influences as well. Ease of access to high fat and sugar diets has, without a doubt, contributed to the global rise in obesity.

These altered neuro-signaling pathways can make individuals seek out and ingest more sugar, creating a pattern of behavior that easily leads to obesity.

Once developed, obesity can cause several secondary ailments, including cardiovascular disease, musculoskeletal disease, and some cancers.

Moreover, the flawed reward system can also explain the high rates of diabetes worldwide. According to the Diabetes Federation, more than 460 million people now have diabetes, and that number will rise to 700 million by 2045.

Type 2 diabetes is the most common type of diabetes, accounting for 90 percent of all cases. The condition, like obesity, is largely lifestyle driven as it’s usually caused by the consumption of high levels of sugar over a long period of time, while type I diabetes is mostly influenced by genetics.

This information, however, doesn’t mean that type I isn’t the only condition that has a genetic component.

While playing a smaller role, genetics variants can determine if someone has a predisposition to becoming obese or developing type 2 diabetes, and this insight could lead to a treatment that slows down the obesity epidemic.

Clues in Our DNA

While obesity and type 2 diabetes have a significant environmental component, DNA can also contribute to a predisposition to both disorders.

Obesity and type 2 diabetes are complex conditions, meaning they are determined by the effects of multiple genes as well as the environment.

Numerous studies have searched for and identified genetic variants that are associated with an increased risk of obesity or type 2 diabetes. One of the genes most strongly linked with obesity is the FTO gene.

Variation in the FTO gene is correlated with a higher body mass index (BMI) as well as differences in the neural processing of images of food, which can influence impulse control. Researchers have also found that FTO is a regulator of gene expression in specific brain tissues linked to behavioral decisions.

However, FTO is not the only gene in which variation is associated with obesity. Other examples include LEP, which produces leptin, a hormone that regulates body weight and contributes to the feeling of “fullness,” and MC4R, which creates a protein involved in appetite suppression.

There are also many genes associated with type 2 diabetes. Some genes of note include KCNJ11, which encodes a potassium channel that’s important in insulin secretion, and TCF7L2, which controls the expression of many genes in metabolic tissues.

Interestingly, there is an overlap between gene variants associated with obesity and type 2 diabetes (including M4CR), suggesting they share common features.

Could Cannabis Mitigate the Obesity Epidemic?

While rarely discussed or well-known, genetic insight points to a unique treatment for the obesity epidemic: cannabis.

With attitudes shifting and natural goods growing in popularity, there is an increased demand for herbal remedies to improve health and wellbeing, and cannabis is one of the most popular natural sources for medicinal purposes.

The plant has been used throughout history for both recreation and therapeutic treatments. And as policies continue to change, people are discovering the potential effects that cannabis has on various conditions, including obesity and diabetes.

For those with a genetic predisposition to these conditions, the medical advice should always be to maintain a healthy diet and exercise regularly. However, cannabis does contain a range of compounds with diverse properties that influence human health, and the potential benefits of these compounds could improve people’s overall wellbeing.

Cannabis exerts its effects by interacting with the endocannabinoid system, a collection of proteins and receptors that are naturally present in the body.

The endocannabinoid system regulates a range of physiological processes, including central nervous system function, digestion, appetite, energy balance, and metabolism. So, what are the potential cannabis-derived compounds that could specifically combat obesity?

Δ(9)-tetrahydrocannabivarin (THCv) is a homolog of THC with very different effects. It is a non-psychoactive cannabinoid that interacts with the CB receptors of the endocannabinoid system.

The compound is involved in lipid and glucose metabolism and has been reported to influence glycemic control in clinical studies on type 2 diabetes.

THCv has also been shown to increase energy expenditure and reduce glucose tolerance in obese mice. As a result, researchers suggest that THCv could represent a novel potential therapy targeting obesity-associated glucose intolerance.

Cannabidiol (CBD) is the main non-psychoactive cannabinoid found in cannabis. The compound has been demonstrated to lower the occurrence of diabetes and delay the onset of the condition in mice.

Moreover, researchers also propose CBD as a potential treatment for obesity because of its impact on the fat cells that make up adipose tissue.

There are a range of terpenes, like beta-carboline, terpinolene, alpha-pinene, and myrcene that can target obesity. Many of the terpenes found in cannabis have antioxidants properties that can promote lipid and glucose metabolism and tackle chronic inflammation.

However, researchers have specifically found that ocimene and alpha-bisabolol have potent antioxidant effects, which can help mitigate the symptoms of diabetes.

In a study on GC-MS analysis of essential oils of black pepper seeds, researchers found that ocimene was an essential anti-oxidative property that inhibited “key enzymes connected to type 2 diabetes and hypertension.”

But alpha-bisabolol is just as powerful. Knowing that antioxidant-rich fruits and vegetables make people 30 percent less likely to develop type 2 diabetes, it should come as no surprise that alpha-bisabolol can help fight the condition, owing to the terpene’s potent antioxidant effects.

Researchers have discovered that alpha-bisabolol improves the antioxidant network by antagonizing oxidative stress, making the terpene a vital nutrient that can combat type 2 diabetes.

The Power of Insight and Cannabis

Without a doubt, diet and lifestyle are the strongest determinants of whether or not someone develops obesity. But understanding genetic predispositions can also provide much-needed insight to people who want to ensure they don’t become obese.

With knowledge and the therapeutic potential that cannabis offers, slowing down the obesity epidemic is not only possible, but a realistic goal that consumers can achieve.