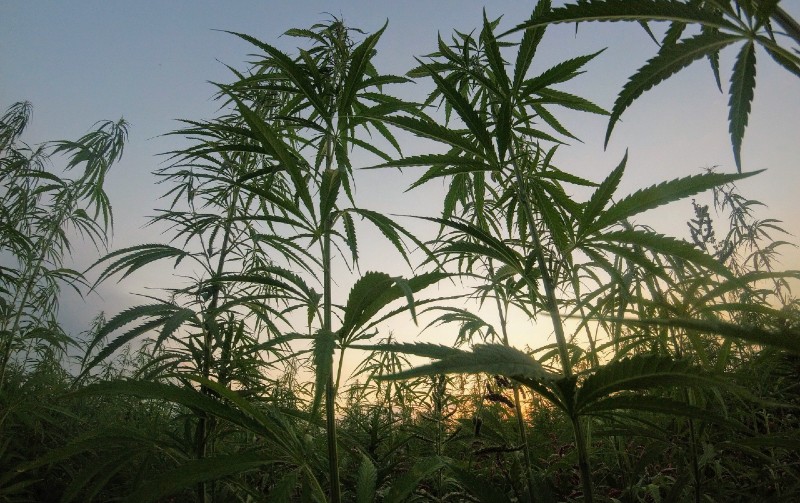 Cannabis is still prohibited in many parts of the world, however in the grand scheme of things, cannabis prohibition is a new phenomenon.

Prohibition was enacted in most parts of the world in roughly the last 100 years, yet prior to that the cannabis plant was relied upon by civilizations around the globe for many purposes.

The exact date when humans first started to use cannabis is unknown. But, we know that humans have a very long history with the cannabis plant, as documented by the results of a recent study.

According to the results of a recent study published in Bentham Science, cannabis use by humans goes back at least 10,000 years.

“Cannabis sativa L. (C. sativa) is a plant whose use as a therapeutic agent shares its origins with the first Far East’s human societies. Cannabis has been used not only for recreational purposes, but as a food, to obtain textile fibers, to produce hemp paper, [and] to treat many physical and mental disorders,” the authors of the study stated.

For the study, researchers performed a “detailed analysis of the studies on historical significance and medical applications of Cannabis sativa by using international scientific databases, historical and medical books, ancient Greek and Chinese manuscripts translations, library and statistical data from government reports and texts from the National Library of Greece (Stavros Niarchos Foundation), from the School of Health Sciences of the National and Kapodistrian University of Athens [Greece].”

“Through a detailed analysis of the available resources about the origins of C. sativa we found that its use by ancient civilizations as a source of food and textile fibers dates back over 10,000 years, while its therapeutic applications have been improved over the centuries, from the ancient East medicine of the 2nd and 1st millennium B.C. to the more recent introduction in the Western world after the 1st century A.D. In the 20th and 21st centuries, cannabis and its derivatives have been considered as a menace and banned throughout the world, but nowadays they are still the most widely consumed illicit drugs all over the world. Its legalization in some jurisdictions has been accompanied by new lines of research to investigate its possible applications for medical and therapeutic purposes,” the study concluded.

Nations Need to get on the Right Side of History

As previously stated, cannabis prohibition has existed in the global community for roughly 100 years, and in some countries, for less time.

Several decades of prohibition is obviously still a long time, however, the results of this study demonstrate that the cannabis plant was used for a significantly longer period of time, and with little to no reported issues.

Cannabis prohibition is not based on science or logic – it is based on the harmful political views of a handful of politicians and special interests.

Prohibition is a failed, harmful public policy that has a disproportionate impact on communities of color, and needlessly turns suffering patients into criminals. It needs to end immediately wherever it exists.

Countries that still prohibit cannabis need to get on the right side of history and legalize the cannabis plant, and not just for medical purposes.

Cannabis policies should be based on science and compassion. If you live where cannabis is still prohibited, point out to your lawmakers that the cannabis plant was around long before prohibition started and that it’s time for a more sensible approach.