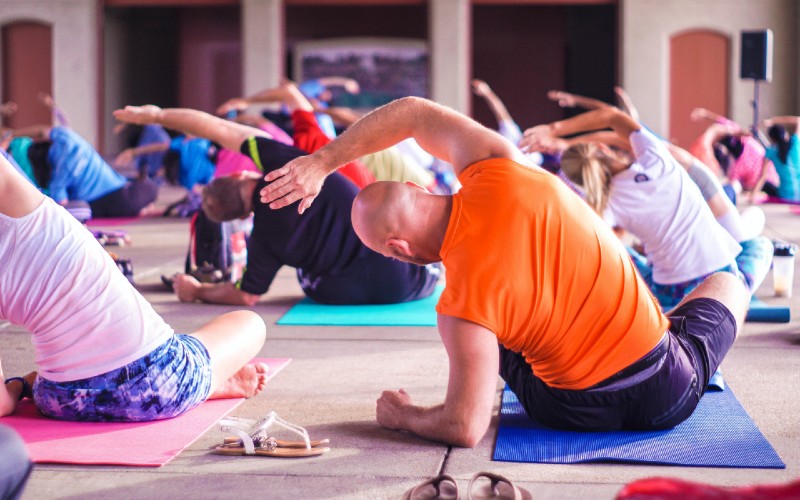 Historically, cannabis consumers were portrayed in media and film as being lazy and unproductive.

The ‘stoner’ stereotype was, and in many ways still is, a very popular thing in society, which is unfortunate.

The fact of the matter is that cannabis can very much be a part of an active lifestyle, as proven by a growing number of professional athletes coming out as avid cannabis consumers.

Olympic champions like swimmer Michael Phelps and track and field star Usain Bolt have consumed cannabis in the past, and perhaps still do, and they are two of the best athletes in human history.

Older individuals around the globe tend to be less active than younger people for various reasons, not the least of which is wear and tear on the human body that occurs over time.

A new study explored the relationship between cannabis use and exercise rates among older individuals, and what researchers found is significant.

Results of a recent study conducted at the University of Colorado at Boulder are out, and while the study was conducted in Colorado, the results are applicable worldwide.

The study, “examined whether cannabis use impacted results of an intervention to increase physical activity in sedentary adults aged 60 and over” and since there are people over the age of 60 all over the globe, the results should raise eyebrows all over the planet.

According to the study, which was published on Ingenta Connect, researchers “measured differences in body mass index (BMI), exercise behavior, and cardiovascular fitness between older adult cannabis users (N = 28) and nonusers (N = 136) participating in an exercise intervention trial.”

“BMI of cannabis users was significantly lower than non-users (p = .007). Cannabis users reported .70 more days of exercise on the Stanford 7-Day Physical Activity Recall than non-users at the 8-week timepoint (p = .068) and were 4.1 points higher on the exercise subscale of the Community Healthy Activities Model Program for Seniors at 16-weeks (p = .045). Neither baseline nor post-intervention fitness differed by cannabis use status, and cardiovascular fitness improved after intervention in the full sample,” researchers found.

The team of investigators concluded, “These preliminary data suggest that current cannabis use status is not associated with a negative impact on fitness and efforts to increase exercise in sedentary older adults.”

Cannabis is the Safer Choice

One thing that the study did not explore is why there is a correlation between cannabis use among older individuals and an increased rate of exercise.

While there could be various reasons and factors involved, one likely contributing factor is that older individuals are healthier due to choosing cannabis over pharmaceuticals and other substances that are more harmful than cannabis.

Older individuals experience pain at a higher rate than younger people, and it’s obviously harder to exercise when someone is hurting.

Numerous studies have found that cannabis can be effective at managing pain, and so it’s not a surprise to see older cannabis consumers living active lifestyles.

The lazy cannabis consumer stereotype is going away, and rightfully so, as the results of this study clearly demonstrate.