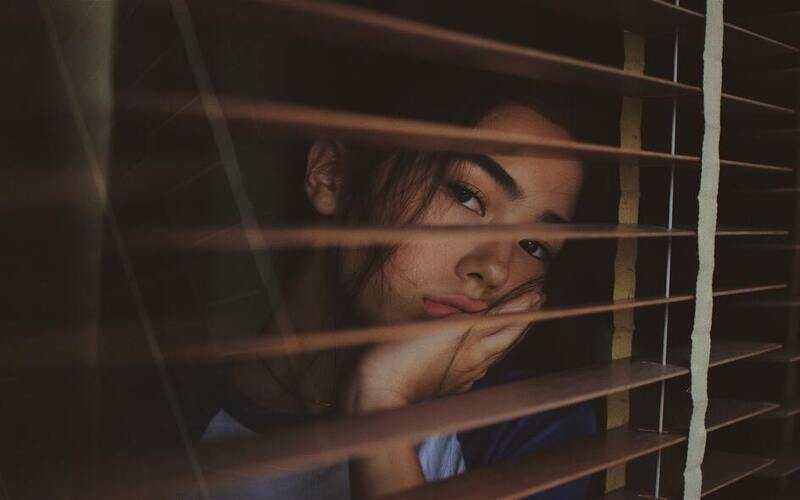 Marijuana makes you hungry, that’s a no-brainer and backed by numerous scientific studies. That is why it could be the perfect remedy for those suffering from a health condition that makes food unappetizing.

What about people who can’t eat due to a crippling fear and anxiety associated with food? Eating is normal, right?

However, there are a growing number of people who live in a constant battle over the grief and despair of what they do or don’t eat. Cannabis as a potential therapy may help alleviate those food-related fears.

According to the National Eating Disorder Association, it’s estimated that 30 million Americans have struggled with an eating disorder such as anorexia nervosa, bulimia nervosa, binge eating disorder, or orthorexia at some point over their lifetime.

There are many arguments around whether medical marijuana can help those with eating disorders.

On paper, it seems obvious — marijuana gives you “the munchies” (a term referring to the plant’s appetite-stimulating qualities), so of course it would help!

However, eating disorders have many layers.

The strict rules and behaviors surrounding food can be different from one patient to the next.

It may be easy to eat with marijuana, but how do you solve the guilt or depression that soon follows?

A Gateway to Recovery

For years, I was terrified of food. What started as an innocent desire to get healthier turned into a full-blown obsession.

Food made me feel like I was out-of-control. It was no longer about weight, it was about obsessively managing the amount of food I allowed myself to eat.

I told myself I wasn’t sick, I was disciplined, I was strong — when in reality, I was wasting away. No one deserves to live a life like that.

The first time I tried cannabis in college, it was in the depths of my disorder.

My friend offered me a hit from his bong and I felt an immediate, full-body sensation of relief and euphoria.

My friends were discussing plans to order pizza and I surprised myself by replying that I could eat.

Typically, the anxiety and shame after eating a meal would cause me to hyperventilate.

With cannabis, I was at peace. Cannabis was like a warm hug, not completely eliminating, but softening the edges of my anxiety.

I was able to eat the pizza and enjoy it. Why didn’t I find this plant sooner?

Of course, cannabis works differently for everyone. For me, it was a gateway into my recovery. I also had the support of my therapist, dietician, and doctor to help me work through the deep-rooted psychological issues of why I feared food.

Cannabis & Tech Today spoke with Dr. Joseph Rosado, the first physician to recommend medical marijuana to a terminally-ill pediatric patient in the state of Florida.

When recommending medical marijuana, Rosado stressed the importance of first addressing the underlying issues that fuel the disorder.

“By addressing what I believe is the root cause, which is anxiety and depression, the eating disorder isn’t going into the bulimia and anorexia side of things,” said Rosado. “The medical marijuana is going to support [patients] with that, but also stimulate their appetite to help them eat.”

Only one class of medication has been approved to treat eating disorders, the SSRI Fluoxetine (Prozac) for bulimia nervosa and binge eating disorder.

Rosado said that some medications can have unwanted side effects and supplementing with medical marijuana could be a healthier option.

Rosado noted medical marijuana has been helpful managing psychiatric conditions such as depression, anxiety, and bipolar disorder, which often are associated with eating disorders.

However, he also stressed that the use of medical cannabis has to go hand in hand with counseling and psychotherapy to work through the underlying issues of the disease.

Dr. Tamara Pryor, PHD and Fellow of Academy for Eating Disorders, has researched and studied eating disorders for 30 years.

Now, Pryor stands as the executive clinical director and director of clinical research at EDCare in Denver.

Pryor noted that while there is still a long way to go in terms of the clinical treatment and pharmacological treatment of eating disorders, two evidence-based treatments, cognitive behavioral therapy (CBT) and interpersonal therapy have proven effective.

The combination of an SSRI and CBT is more effective than either by itself.

Medical marijuana as an alternative route, however, requires further study.

“I don’t believe anyone can say cannabis is going to cure eating disorders,” said Pryor. “However, due to lack of research, we cannot say whether it could be helpful as an adjunctive treatment to the proven therapies.”

While cannabinoids have been known to stimulate appetite, Pryor shared a double-blind, controlled study of adults with anorexia nervosa who were also in a behavior management program and showed no benefit from the application of 9-tetrahydrocannabinol.

In contrast, a 2014 randomized, controlled trial in which dronabinol, an isomer of tetrahydrocannabinol (THC), was administered to women with severe relapsing anorexia nervosa found that the medication was associated with weight gain, though only a small amount.

“Anecdotally, patients report various benefits from different strains of cannabis, such as improved sleep, decreased anxiety, or less fear related to eating,” said Pryor. “Cannabinoids profoundly affect eating behavior, but how they relate to diagnosed eating disorders and how agonists or antagonists may be used to facilitate recovery requires further study.”

A Journey Worth Taking

While marijuana allowed me to enjoy food with ease, my recovery would have been nearly impossible if it weren’t for the help of my treatment team.

I can now enjoy food without the help of cannabis, and I’ve come to a place of acceptance and love for myself and my body.

If you or a loved one is suffering from an eating disorder, there is no shame in asking for help and getting treatment.

If considering medical marijuana, it’s important to recognize there is still a lot of research to be done. With that in mind, recovery from an eating disorder, while a difficult journey to take, is one absolutely worth fighting for.