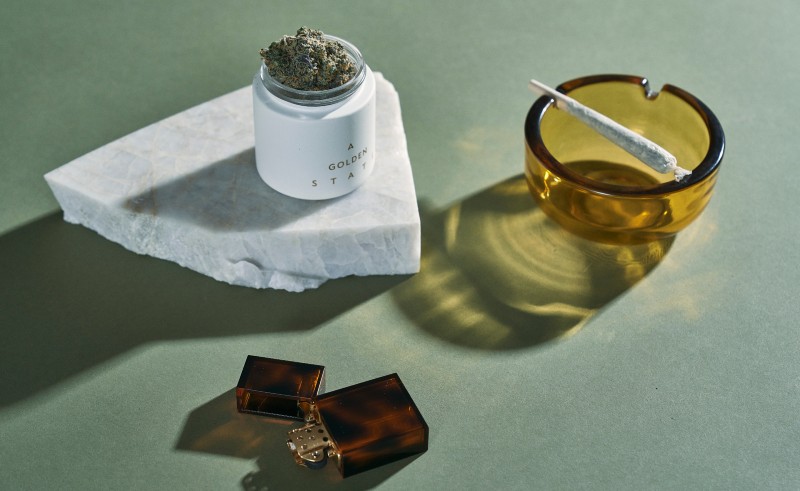 Burning the candle at both ends.

After more than 12 years on Wall Street, Nishant Reddy was prepared for a change. 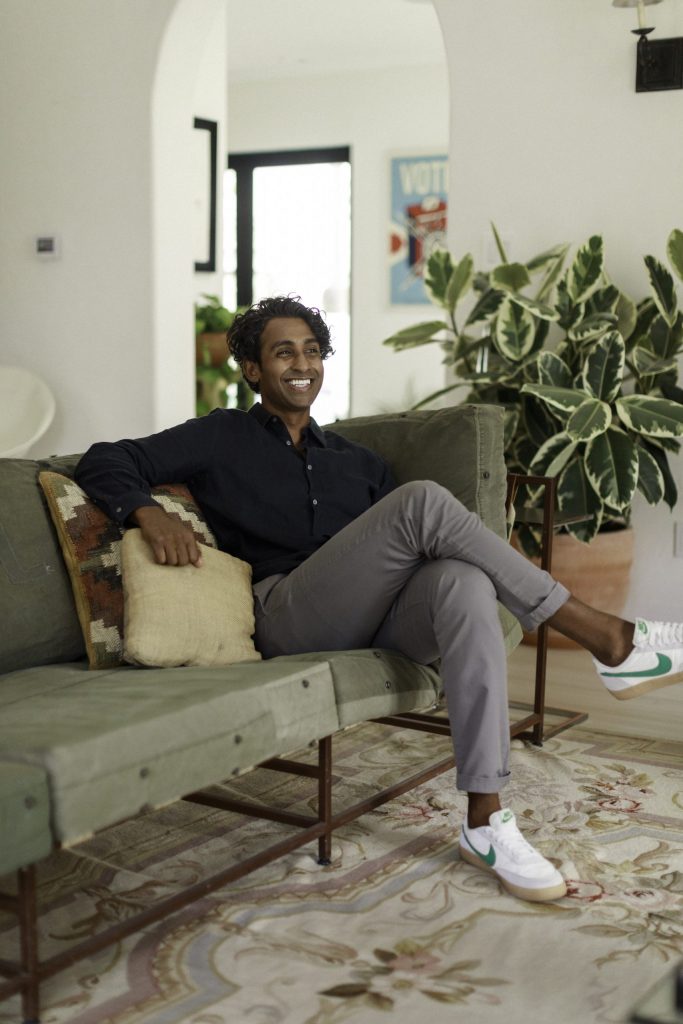 “I was never a big drinker and was always focused on health and wellness, and in my years on Wall Street, it really was 100-hour work weeks,” he says.

Working overtime, getting drinks with coworkers, and then returning to work the next day on three or four hours of sleep didn’t make sense to Reddy.

“It wasn’t conducive to intellectual performance or being sharp in a highly unforgiving work environment,” he says.

So, Reddy turned to cannabis, opting for a quick puff before bed instead of a happy-hour cocktail.

Within a few years, he was moving to California to start his own premium cannabis brand, A Golden State.

though Wall Street isn’t always associated with advocating for the greater good, A Golden State invests an unusual amount of time and money into social justice and sustainability initiatives.

But Nishant says his experience gives him exactly the skill set he needs to not only build a mission-driven brand, but build one that will have great enough influence to actually make a significant difference. 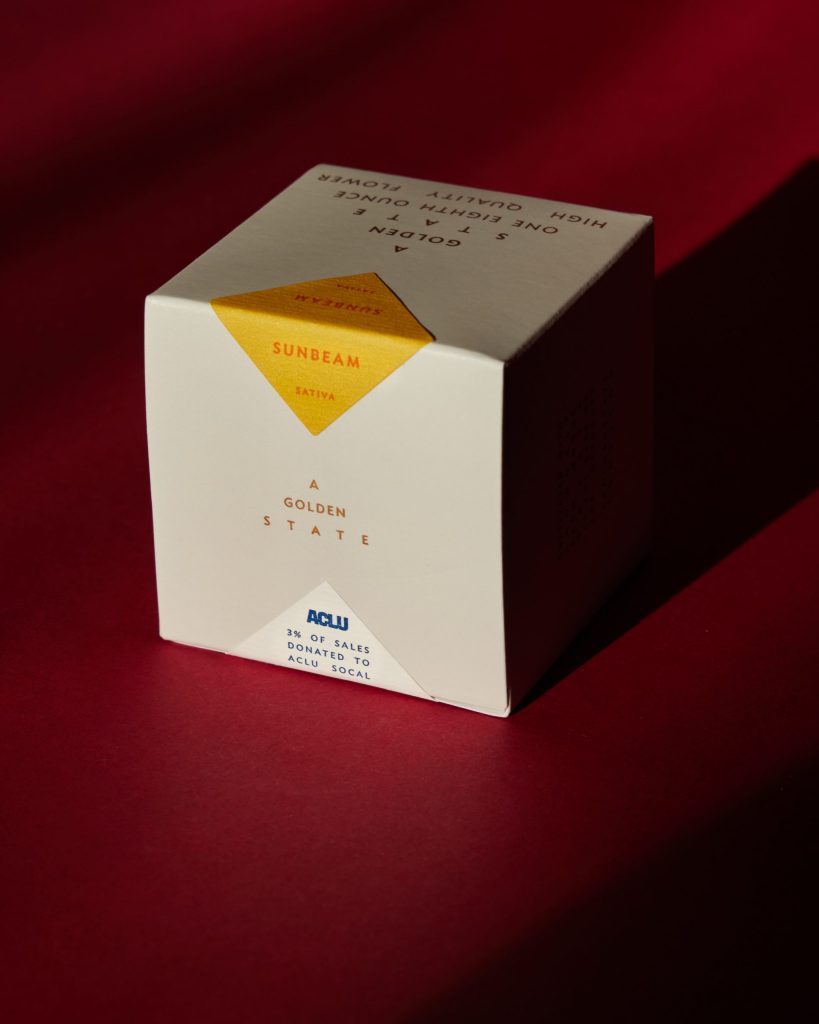 This month, A Golden State partnered with the ACLU of Southern California to support their 2020 voter registration campaign.

A Golden State is both donating 3% of proceeds from every eighth jar to the ACLU for the duration of California’s vote-by-mail period, October 5th to November 3rd, and donating employee paid hours to ACLU phone banks targeting at-risk communities.

The employees calling are mostly Brand Ambassadors, each of which are giving a little over 50% of their paid time to ACLU SoCal’s voter outreach calls.

The civil liberties organization has been calling voters for the entire month of October, answering questions about the California ballot, how to vote, and misconceptions about voter fraud and election security.

This year in particular, misinformation and disinformation campaigns about voting have targeted Black Americans, aiming to lower voter turnout in majority Democratic demographics.

ACLU SoCal also released a complete list of endorsements for the 2020 election, which they say are motivated by a need to fight “deeply rooted racial and economic inequality.”

These are problems which Reddy thinks all cannabis companies should be trying to solve.

“It’s not fair that people can make money in this industry while people rot in jail,” he says. “Maybe it’s also because I’m a minority male,” he adds, “but legalization represents this massive opportunity for this country, and in a way that we can create jobs, revitalize underprivileged neighborhoods, and offer opportunity.”

It’s a strongly-held conviction of Reddy’s that overflow into A Golden State’s other projects as well.

As his home state of New Jersey approaches a vote on statewide cannabis legalization, Reddy and his co-founder Simmon Saraf have been advising Cory Booker on his cannabis policy.

For them, accounting for equity and installing support systems for communities that are most harshly impacted by the war on drugs is crucial.

According to recent polling, New Jersey favors legalizing cannabis by a 2:1 margin, though the legislation has been criticized for not providing enough detail on how legalization would be put into practice. 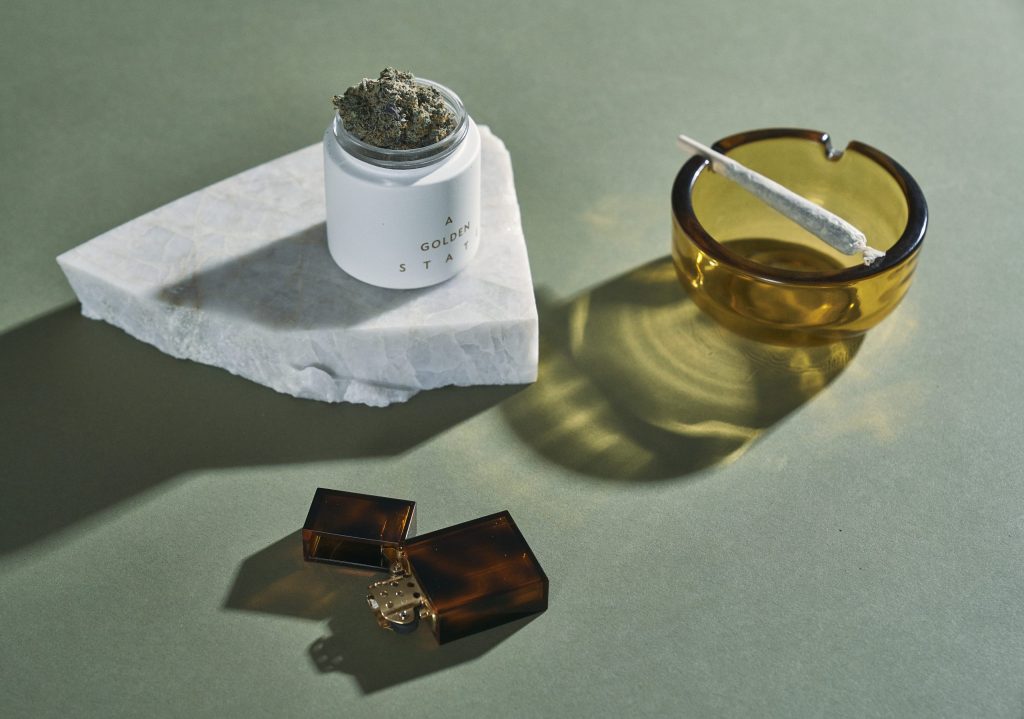 Reddy grew up in a majority-white, conservative suburb in northern New Jersey, and though he was never convicted of a cannabis offense, he has first-hand experience with discrimination in law enforcement.

Once, as a 16-year-old driving his parents’ vehicle, he was stopped and held at gunpoint on suspicion of car theft.

As a college student on vacation near Washington DC, he was arrested for standing in a parking lot while he waited for friends to finish eating at a restaurant.

The official charge, he says, was “trespassing.”

He emphasizes that, because his parents were both professionals with the financial means for legal support, he didn’t suffer as harshly as he could have.

Knowing that, however, adds to his motivation to create change.

“I’m never going to forget those stories that happened to me,” he says. “I’m going to do everything in my power, whether it be electoral, donations, scholarship programs, etc., to right this situation because I really do view it as my social responsibility.”

ACLU’s stance on cannabis and cannabis equity mirrors Reddy’s, saying that racial equity should be centered in the fight for cannabis legalization, and connecting it to their larger fight against racism in the legal system.

In a recent research report, titled A Tale of Two Countries: Racially Targeted Arrests in the Era of Marijuana Reform, the ACLU found that Black people were more likely than whites to be arrested for marijuana possession in every single state — including those which have legalized the substance.

Racial equity and voting rights are not the only causes A Golden State puts their resources towards.

Sustainability is a crucial initiative for the company, too.

Despite growing cannabis indoors — a choice which normally sacrifices sustainability because the amount of electricity it requires — A Golden State’s facilities are the first in cannabis to be awarded a carbon neutral certificate.

The brand also uses recycled and sustainably-sourced materials for their packaging where possible, including those which are SFI and FSC certified.

They even reuse their grow medium, made of coconut hulls.

As a finance expert, Reddy rejects the notion that altruism is too expensive for a cannabis business.

Rather, he says giving back is all a matter of priorities.

He uses Yvon Chouinard, founder of Patagonia and an inspiration of Reddy’s as a prime example.

Patagonia, despite being one of the world’s leading outdoors brands, also uses sustainable fabrics, provides childcare for employees, and gives 1% of proceeds to environmental preservation campaigns.

Reddy says learning about Chouinard has taught him that running an ethical company is always possible if executives make it a priority. “Everything else is just an excuse.” 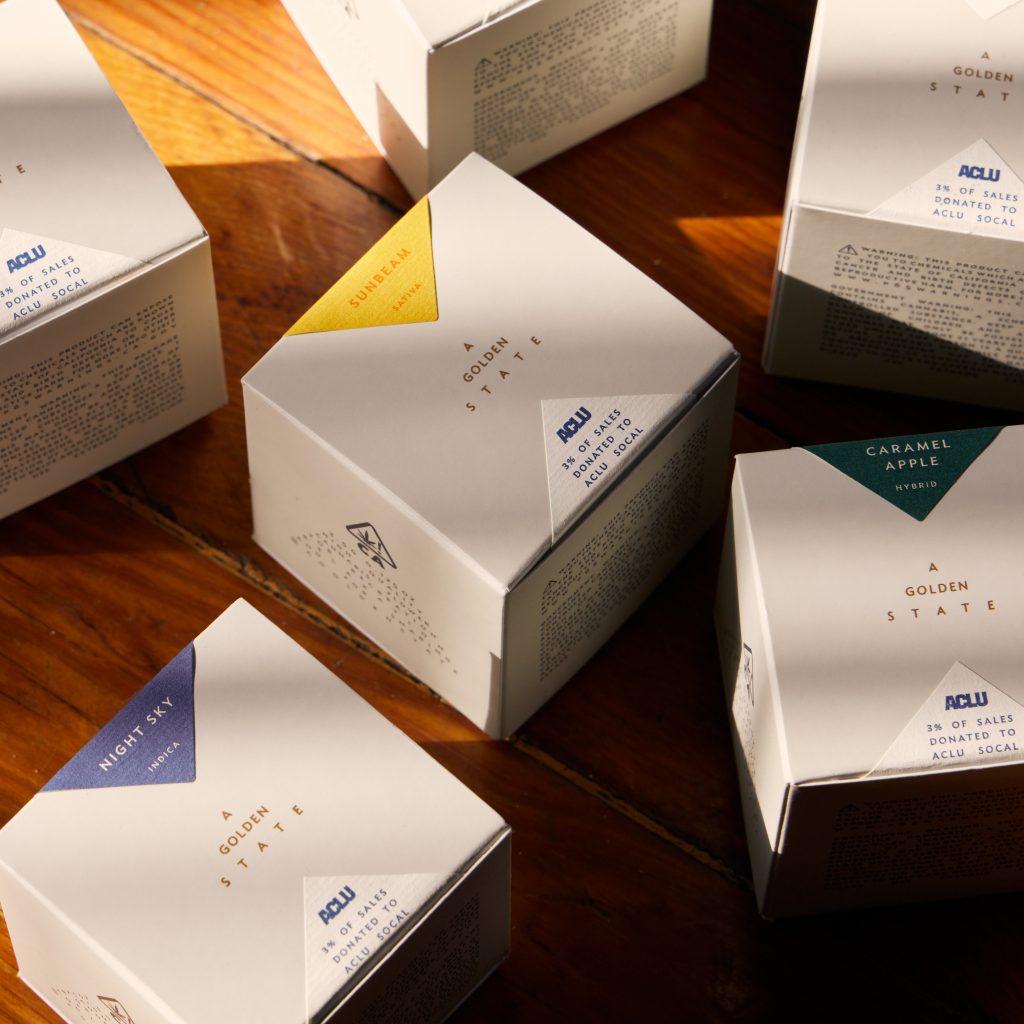 One incongruence with the brand’s mission, perhaps, is the price of the flower — selling between $70 and $80 an eighth, it’s one of the most expensive brands and the state, and inaccessible to most of the marginalized folks he says he works to help.

But Reddy’s explanation is that, like farmer’s market produce, A Golden State cannabis is simply more expensive because of its quality and the ethical means by which it’s produced.

“We’re not expensive because we’re luxury,” he says. “You can go to your Santa Monica farmer’s market and you’re probably getting the best produce around: it’s small batch, it’s a little bit pricier, but it’s all organic or it’s all biomineral, you’re interacting with that farmer, and you’re getting that superior quality – that’s what A Golden State is.”

Looking forward, Reddy says A Golden State’s formal partnership with the ACLU will likely be the first of many social justice campaigns.

America’s battle against racism is far from over, and as cannabis legalization becomes a national electoral issue, Reddy sees an infinite array of opportunities for his company to get involved.

“Whether it’s climate change, sustainability, civil rights, or the election, this is a nonstop job,” he says. “If you really believe in this, then it never ends.”