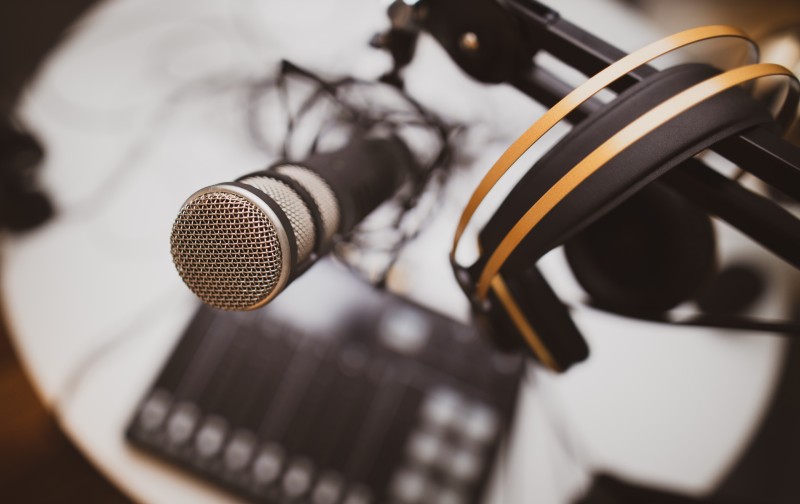 According to Statista, there are 88 million podcast listeners in the U.S., with that number expected to almost double by 2023.

Looking through your typical platforms such as Stitcher, Spotify, and Apple Podcasts, you can find podcasts about pretty much every topic, including but not limited to junk food, Power Rangers, tabletop games, the films of Mike Myers, and even ballpoint pens.

And yes, those are all real.

One of the many podcast topics growing in popularity is cannabis.

Because of its fairly open format, podcasting has allowed for more education and discussion around the substance, something most traditional media outlets would avoid.

In this exclusive roundtable, we spoke with numerous cannabis podcast hosts about the ins and outs of discussing marijuana behind the mic. 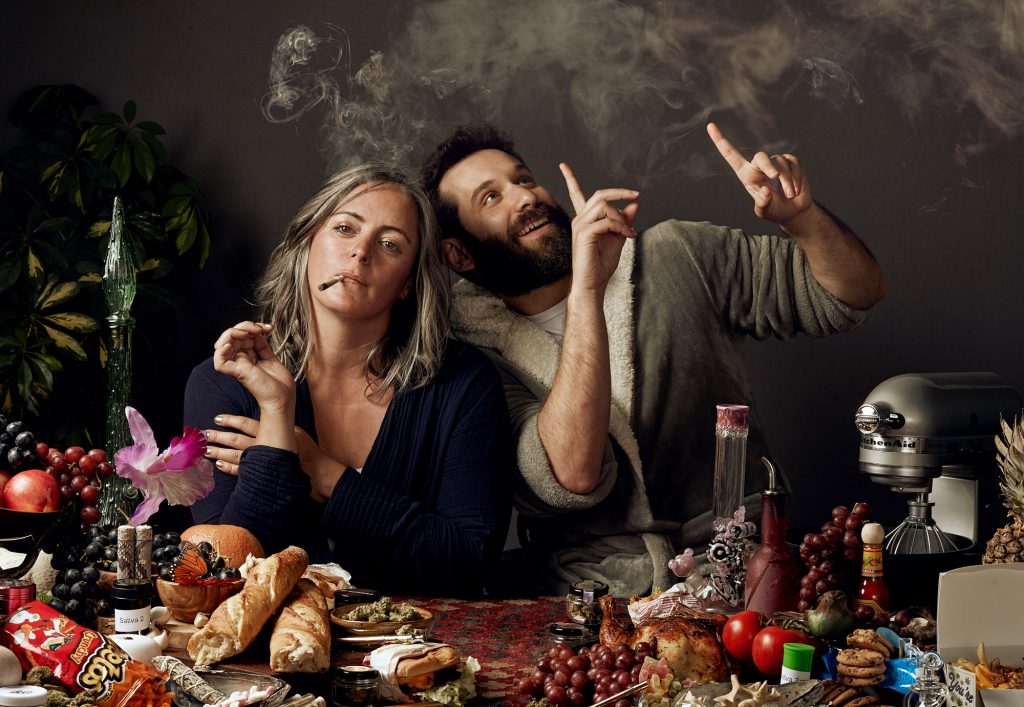 Podcast Description: Weed+Grub are the cornerstones for cultural conversations.

If you love comedy, cooking, cannabis, and news from the front lines of weed culture, then we’re for you.

Cannabis brought us together (shout out rooftop joints at sunset!).

We love to interview people who smoke like Jim Belushi, David Crosby, Ron Funches, Laganja Estranja, and Thug Kitchen, but we also talk to folks who don’t consume, like Trixie Mattel or Animaniacs creator Tom Ruegger.

New Episode Process: We write a 150-page script, send it to Rian Johnson for notes, and then write a second draft based on his thoughts.

After we submit the script to the Writers Guild so no one steals our ideas, we set up our mics, open our Apple laptops (this is not an ad for Apple), and carefully read each page.

Sometimes we do two or three takes per page to make sure we’re getting the most out of each sentence, but we try not to overthink it.

(We actually just smoke, snack, and have a great time.)

The Unique Nature of Cannabis Podcasting: We were early to the cannabis podcast table, and it’s incredible how fast Weed+Grub became one of the top entertainment sources for cannabis culture news.

We’re really proud of how we’ve grown and continue to grow.

Technology: Shout out to Zoom! They hooked us up with a beautiful audio package for our live show at SXSW.

It’s a great company that isn’t scared to support a podcast with “weed” in the title.

Zoom wants to support quality content made by people who believe in themselves.

First Episode Vs. Latest: No change. We’re perfect. (We’ve learned a lot about backing up our audio files though.)

Recommended Episode: If you’d like to hear a free-flowing conversation that’s just us, check out “Origin Stories & Shower Techniques.”

If you’re interested in a juicy cannabis-infused chat with an industry leader, check out our Spotlight Series episode with Quim CEO and co-founder Cyo Nystrom.

If you want to hear a dazzling chat with a celebrity, check out our episodes with Jim Belushi or David Crosby. 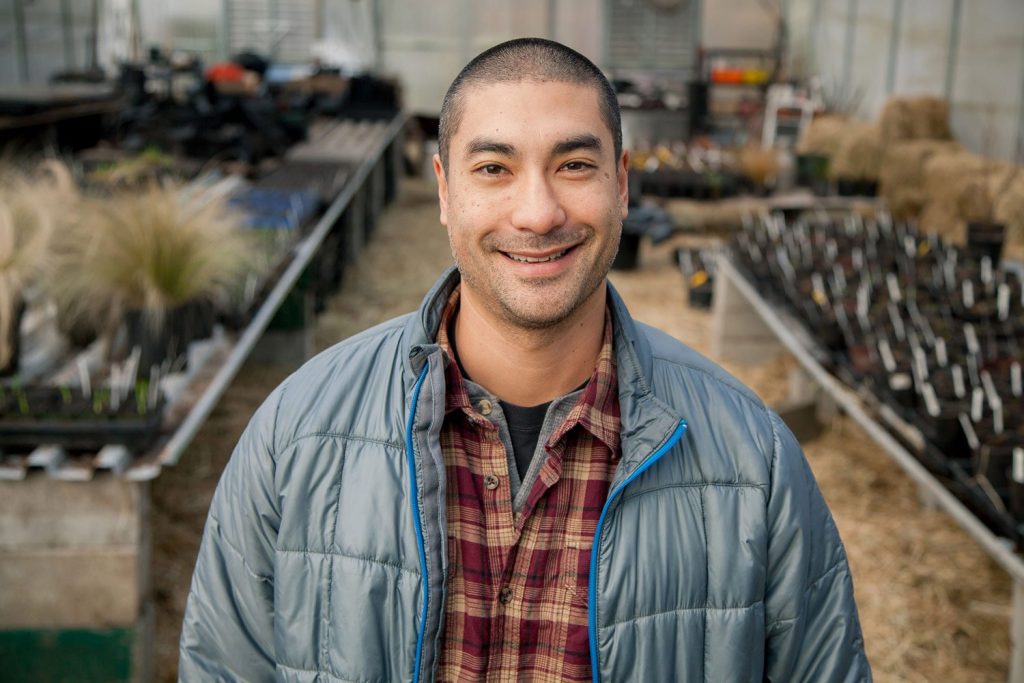 Podcast Description: The podcast is really designed as a way of bridging the gap between the information that’s available to cannabis growers and what’s already out there in the horticulture world, in the academic world, what sort of science supports a lot of the stuff that we’re doing in cannabis cultivation.

Because being something that was underground and black market for so long, there really wasn’t a lot of great information.

Your resources were fellow growers, possibly stuff in forums.

Now people use Instagram or you’d walk down to your local hydro shop and try and find out information from the grower down there.

But there wasn’t a lot of good actual data or research to support what people were doing in terms of cultivation.

The goal of the podcast was really to bring on more academic, science-minded folks who could share that information with growers.

Recommended Episode: It depends a little bit. If they’re really interested in cultivation and they’re interested in organic cultivation, I think my episode with Justin McGill, Episode 52, is probably the best one for people to check out.

If they want to hear some of the studies and science that’s being done in cannabis, the one that I did with Dr. Alison Justice is really good.

And then lastly, the one that’s been really popular is with Jeff Lowenfels, who wrote Teaming with Microbes.

He’s just a really great speaker and he talks about the microbial interactions in the soil.

Those are what I would highlight for people who are checking out the podcast for the first time.

The Unique Nature of Cannabis Podcasting: It’s good and bad. I love the fact that we’re targeted towards growers.

I think it’s great because the cannabis industry has been really welcoming and embracing of this information and it’s been really humbling how well received the podcast was.

I had never in my wildest dreams thought that we would have this many listeners and this sort of a following for the podcast, so I’m very humbled by all of that.

The biggest challenge, I would say, is the stigma around cannabis.

I’m not even growing cannabis right now. I have in the past, but when I go to apply for a bank loan, if you Google my name, a lot of cannabis stuff shows up and so there’s a lot of stigma.

I’ve been denied loans, things like that, even though I’m not technically in the cannabis industry.

I’m hoping that stigma will keep going away over time, but I think it still exists for a lot of us. 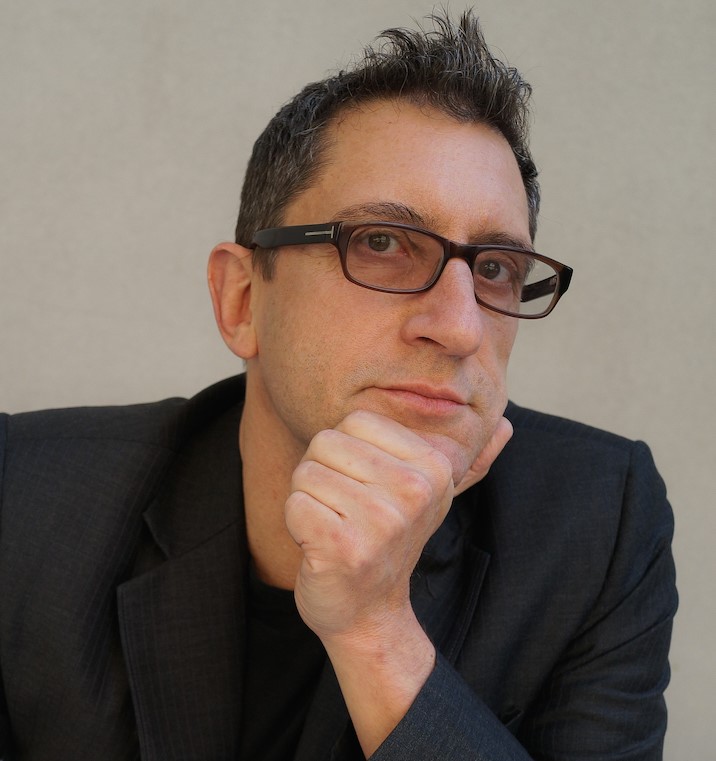 You can’t do that sort of stuff.

I know Google and Facebook are very anti-cannabis still, so it’s hard to make big leaps forward that way.

That is a fact.

I mean, yeah, the first one was with a great subject, Ethan Nadelmann, founder of the Drug Policy Alliance, one of the great anti-prohibition fighters in America, maybe the world.

I knew him because I interviewed him for my book.

I mean, doing a book is usually a good idea if you want to have a podcast because you know a lot of subjects doing a nonfiction book like I did, right?

So, I had a lot of people who liked my work and trusted me, so knew they would talk to me.

I think I just plopped myself in his office with a tape recorder. Very simple, very basic.

But at the end of the day, it hasn’t changed all that much.

I’ve upscaled the equipment, you could say, but the process is pretty much the same.

Recommended Episode: I love the episode with Julie Holland on how to access the pleasure chemicals of your brain.

I love the most recent episode we did on biosynthetics, it came out today actually.

It’s called “Marijuana from Microbes” because I think it’s super controversial and that’s really the point is to raise interesting, controversial topics.

We called it Vapegate, which is how politicians are turning vaporizing into the new war on drugs.

But I’m lucky because the people I talk to are really smart and well-spoken and really sick about the topic and really have a passion for it.

So, those are three that stand out in my mind, this particular day.

But I feel very privileged that I get to talk to really smart people about pretty interesting topics.