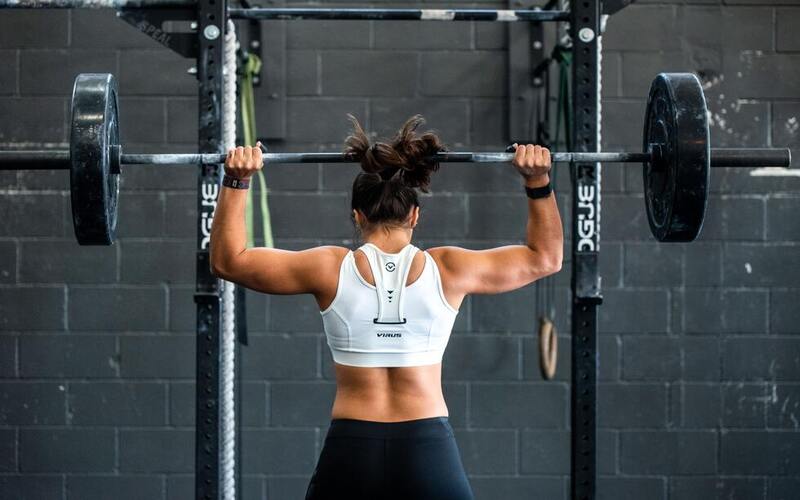 People who use cannabis are often thought to hold a very different set of values.

But as the research around cannabis expands, and people become more comfortable discussing their use of the plant, these stereotypes are crumbling.

The two worlds of athleticism and cannabis use can coincide and, in fact, often do. But until recently, that was a taboo concept for professional athletes to endorse.

In 2004, the World Anti-Doping Agency (WADA) created a list of prohibited substances for professional athletes. WADA banned all forms of cannabinoids until 2018 when cannabidiol (CBD) was removed from the list.

WADA noted CBD is being researched for “a variety of medical purposes,” but did not say why they removed the substance from the list. Tetrahydrocannabinol (THC) remains a banned substance during competition.

As a result, several major sporting institutions have since changed their policies around cannabis.

Some say it has therapeutic potential; others say it’s okay because it doesn’t affect athletic performance. But what does the research say?

Pain is a fact of life for elite athletes, and it’s something trainers spend a lot of time and effort trying to reduce. Fewer aches and pains lead to more training, faster recovery, and better overall performance.

Muscle soreness is caused by the breakdown of muscle fibers, which creates an inflammatory response.

According to research by Danielle McCartney published in the Journal Sports Medicine – Open, a bit of inflammation actually helps the muscle repair.

Still, too much can delay recovery and cause prolonged pain. This is where CBD could be a valuable tool.

It’s worth noting that research on ibuprofen (an anti-inflammatory) has shown it can actually reduce inflammation too much — limiting the effectiveness of exercise in building new muscle.

Whether CBD could have this same effect requires further research.

Human trials have linked CBD to reductions in pain, though to a lesser extent than THC.

Cannabinoids can also relieve stress, which could be helpful for athletes with performance anxiety.

All of McCartney’s research calls for more studies with a particular focus on dosing, noting that often a moderate amount of CBD is more helpful than a high or low dose.

Certificates of analysis for CBD products are essential for ensuring effective dosing.

The growing body of research around cannabis is forcing its way into public knowledge.

Scoring Points with the NBA

The NBA and NBPA are not conducting randomized tests for cannabis during the 2020-21 season.

NBA spokesperson Mike Bass said in a statement, “Due to the unusual circumstances in conjunction with the pandemic, we have agreed with the NBPA to… focus our random testing program on performance-enhancing products and drugs of abuse.”

Isiah Thomas, former Detroit Pistons All-Star and one of the NBA’s top fifty players of all time, said to Cannabis & Tech Today he feels there is a place for cannabis in professional sports.

The UFC Fights Back

In January 2021, the UFC stated it would no longer punish athletes who test positive for cannabis, specifically THC.

In a statement to MMA Fighting, UFC representatives said they made their decision after reading a report submitted to Congress by the Department of Transportation in 2017.

The report states there isn’t a currently accepted standard for determining marijuana impairment. There is no way to know if THC was ingested hours or weeks before the test was conducted.

As such, UFC will only punish fighters if they are visibly under the influence of marijuana during a competition.

Gaining Ground in the NFL

In early 2020, just before the pandemic stole international headlines, the NFL changed its drug testing policy.

Players will no longer be suspended for positive marijuana tests, and the drug testing period lasts only the first two weeks of training camp.

To earn a positive result, players must have 150 nanograms of THC in their system, rather than the former standard of 35 nanograms.

The change coincides with the NFL’s announcement that it’s seeking alternatives to opioids.

They’ve asked a committee to study the potential therapeutic effects of cannabinoids, including CBD, as possible alternatives for pain management.

The league’s Chief Medical Officer Alan Sills said to The Washington Post, “I think it demonstrates the spirit of cooperation we have around our health and safety issues… Both of these committees are about providing the best health care we can to players.”

For many current and former players, the policy updates are a welcome change. Former Super Bowl champion Reuben Droughns said to Cannabis & Tech Today, “This medicine is probably actually what kept me sane throughout my football career.”

From reducing pain to relieving stress, athletes in nearly every field are finding uses for cannabis.

The recurring message from policymakers both in sports and in politics is the demand for research.

Before people in positions of power can endorse this substance, they need to feel confident it won’t cause harm and could actually benefit users.

Until the research is there, which can’t happen until cannabis is removed from the Schedule I controlled substance list, athletes will have to continue to fight for their right to access. ϖ

How Cannabis is Impacting Modern Medicine