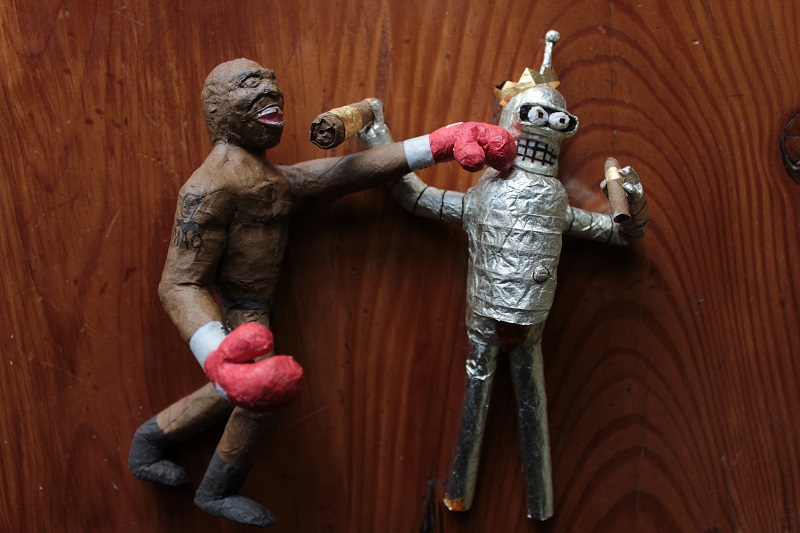 To some, rolling a joint is no more than a simple everyday task. Tony Greenhand is not one of those people. Creating works of art through his rolling, including a recreation of the Lombardi trophy, a golden rose, and even boxer Mike Tyson, Greenhand was named the “World’s Greatest Joint Roller” by Leafly for good reason.

His work is showcased on his official Instagram account, where he has amassed well over 300,000 followers. In this exclusive interview, we discuss how he first started creating his artistic joints, the issues with social media platforms such as Instagram, and the creation he is most proud of.

Cannabis & Tech Today: What was your very first creation?

Tony Greenhand: It was a rocket ship. I just put some joints together and all my friends really liked it. Everybody really liked the rocket. They all wanted me to do something for them. So I just started busting out little pieces for them.

People wanted more and more intricate stuff. They came up with different suggestions for me, which basically fueled me to try new things. I saw people looking at this like it was a totally different thing. I’ve always liked working with clay and wood and being creative.

This was an opportunity for me to be creative as an adult. I feel like a lot of people lose that side of themselves when they get older. And so I just took advantage of that. And now this is my job. So I get to basically be creative everyday. It’s really nice.

C&T Today: What drew you to Instagram as a way to show off this work?

TG: I was creatively rolling for maybe three years for all my friends in just the cannabis community. I was a cannabis breeder for different seed companies. I was just bouncing around weed forums where all the growers would talk and I’d post my joints. I mean, like maybe ten people would see them per year.

And those ten people really liked them, so I kept it up. Well, my friend Mike, he told me that I should probably check out Reddit. I had no idea what Reddit was. But I took his word for it. I was like, “Sure. I’ll post it on Reddit and they’re going to like it. I post it with you guys, so why not?”

I posted it on Reddit. In 24 hours, my whole scene blew up. I was featured in magazines. I was getting hit up by people for orders around the world. Basically, that was the day that this became my career.

The whole Reddit community was blowing up. But they even said, “Reddit’s probably not the best place for you. You need to go to Instagram ‘cause that’s where you will really take off.” And so I just took their word for it and got on Instagram. And that was another situation that blew up basically overnight. I got like 100,000 followers in three months. 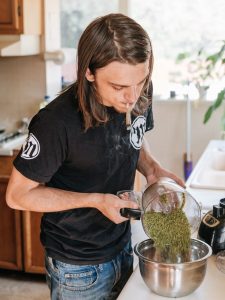 C&T Today: Social media and the internet are still catching up in terms of how the law applies to marijuana. Could you share your experiences with running a cannabis-based social media account?

TG: Well, I was deleted for basically no reason. Everybody’s getting deleted off Instagram right now. The government is trying to pass a law to make social media held accountable for accounts that they have.

It makes it hard to do business when you do get deleted by Instagram because this is like the main platform for a lot of businesses. Again, I’m unique that I have these other ways of contacting. And I have a large following in those other avenues. So even if I did get deleted off of Instagram, you’d still be able to find me.

You can email me. You can just Google me and hit me on my website. You can go on Snapchat. You know, there’s a million ways to get a hold of me.

A lot of people aren’t as versatile, and Instagram really hurts our community when they ban people or delete people who run businesses solely off of it. I’d like to see it changed in the future. But I just don’t feel like Instagram is going that direction. Maybe if they get replaced by somebody. But I feel like it hurts our community. And I think that we’re not in line to change it.

C&T Today: What was the most difficult piece that you ever created?

TG: The joint that I am currently creating is a 42-pound Statue of Liberty. It’s nine feet tall. And it’s on a metal stand that is connected with a vacuum assist. This is like a whole other beast. I could fit inside this joint.

C&T Today: Do you have one creation you’re especially proud of?

TG: You know, I don’t. I’m proud of myself for breaking away from my own shell and doing this. And honestly, beyond even just being able to do art for a living, I make people smile for a living. Making people happy is honestly a gift in itself. It’s hard not to be happy when you’re making other people happy.

Greenhand’s cannabis creations have earned him hundreds of thousands of followers on Instagram, leading to exclusive features with Leafly and Rolling Stone. He is also very personal with his fans, reading every single message sent to him by followers.