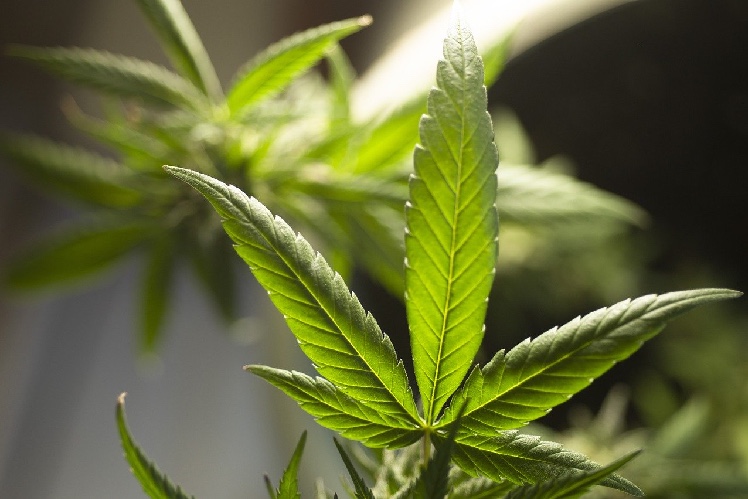 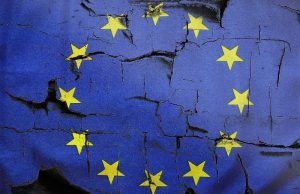 Hemp’s landscape in Europe is getting trimmed. How will this affect hemp use for the people?

When we think of the EU’s hemp scene we conjure up images of smoky Dutch coffee shops and huge increases in CBD oil usage in Germany.

However, this is swiftly changing as herds of new legislation is being introduced in the continent.

In this article we will discuss the past, present and future of how Europeans access hemp and all its derivatives.

When we look at how the legislation of hemp and CBD is formed in Europe we have to analyse the activities of the EC.

The EC (European Commision) is the decision maker of EU policy and law. So in 2014 when CBD officially entered public consciousness in Europe, policymakers initially had few qualms in its presence on the market.

Due to this there were few limitations as long as most European countries chose 0.2% THC as the benchmark for all CBD products, as this is the generally accepted non-psychoactive amount.

Apart from that CBD enjoyed free reign on the market and integrated into sprays, creams, oils, vapes, edibles.

But what was the root cause of this somewhat liberal attitude?

Well, the history of hemp use in Europe has a role to play in that.

Some early accounts state that hemp was carried as far as Palestine via the oldest known cultivators of hemp; the ancient Scythians.

These nomadic tribes sprouted in Eurasia and spilled hemp influence into many central Asian communities at the time.

For instance the Siberian tribes of Pazyryk left behind many remains from their heyday.

He stated this as evidence of recreational hemp use influenced by the Scythians, who are suspected of using hemp leaves as a therapeutic agent and when appreciating their dead.

For example they are researched as throwing “a handful of seeds into the (a) fire as an offering to the dead during the harvesting of hemp”.

This assumption came from wild type hemp being found all over Eastern European and Central Eurasion steppe plains, that have ancient hemp residue parallel to the birthplace of Eurasion Scythians.

It’s thought that hemp use then spread to England via the trade routes of the Scythians.

As hemp use isn’t detected before the emergence of the Scythians, historians like Godwin put hemp use in the British Isles down to the integration of Scythian tribes with Ancient Germanic tribes (the Anglo Saxons) in continental Europe.

Following this they brought it with them as they invaded England.

Moving onto the modern world, hemp use was ubiquitous in Medieval England where King Henry VIII would fine his constituents if they didn’t set up hemp plantations in their respective areas.

Furthermore, the first settlers in Jamestown in 1616 from England introduced hemp seeds to the new world to be used for oil, food ingredients, and hemp plant cultivation.

You may now be wondering as to why we are describing a quick history of hemp use in Europe, but doing so is essential as to why hemp-derived CBD has been legal in Europe in the 21st century.

Basically, by pinpointing hemp use in the modern and ancient world, hemp oil gets a free pass in being sold in European stores.

This is because such products with a long history of use much before the 21st century are defined as food supplements.

Food supplements in EU law have no barrier to market and can be freely consumed or produced under the right constraints.

What’s crucial however, is that from 2014 till now CBD has been legally defined as a food supplement therefore spurring a huge hemp revolution in health stores across Europe.

This has been the state of play in the European hemp scene till now.

Of course we wouldn’t be writing this article if things were still as rosy.

The issue is that CBD’s legal status is now being altered due to shoddy claims that CBD hasn’t been significantly consumed in Europe prior to 1997.

Doing so will scrap CBD being known as a food supplement. Instead EC lawmakers wish to have CBD legally defined as a Novel Food.

What is a Novel Food?

In the EU regulation handbook the definition of a Novel Food is “any food that was not used for human consumption to a significant degree within the Union before 15 May 1997.”

After looking at the rich and cultured history of hemp use in Europe much before 1997 above, we can already see that this isn’t true.

However, EC lawmakers wish to change how we see hemp-derived CBD as a newly found plant that’s only now making waves in European society.

Why is this you may ask? Well officially, under EU guidelines, any relegation of a product to Novel Food status is done solely to “control newly developed, synthetic, or genetically produced food.”

However, this loses merit as the evidence is there of hemp’s use much before 1997 and this shows it isn’t a “newly developed” source.

The further backlash from this decision has come from pro hemp groups in the continent who have been campaigning for greater awareness of the activities of those in power.

The European Industrial Hemp Association (EIHA) is one such group who have outlined that the full-spectrum hemp oil products we see on the scene today have been C02 extracted, whereby all use of chemicals, solvents, or additives are forgone in place of more traditional methods.

Not only is this better for the environment but it deems commercial hemp oil as a safe, natural substance for all to gain benefit from.

Hence they claim that the EC’s push to change the status of hemp for the “betterment” of the public should lose momentum.

Secondly, all the components of the hemp plant are intimately extracted through CO2 extraction methods.

This means that hemp plants are left for maturation in their life cycle so that the right amount of CBD is squeezed out.

More importantly, the THC content of the hemp plants are left at 0.2% which is the legal non-psychoactive threshold of all cannabinoid products in Europe.

Subsequently, the stance by the EC that CBD may be unsafe for the populace is incorrect. 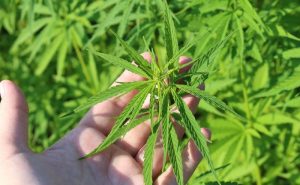 About CBD Oil, by All Round CBD

To put it into context, the final breakdown of the cannabinoid content of full-spectrum hemp oil after C02 extraction ends up like this image. As you can see, CBD isn’t the only component of the hemp plant.

The EIHA moreover states the legal void by which the EC is attempting to change the status of hemp, as they show that in 1998 the European hemp industry was given written confirmation from the EU that hemp’s leaves, flowers, and oils are permitted for food supplement use.

This is because hemp has been in the food chain for a millennia. Therefore it’s disingenuous to claim it as a Novel Food today.

But how will Novel Food status affect the general public?

The answer to that comes down to costs.

The European economy has been hit heavily by the coronavirus pandemic and many companies are going bust.

If CBD companies are to take on reclassifying their hemp produce as Novel Foods they would require a whole host of new lab tests, dossiers like contaminant reports, and research into their contents.

This costs time and money. These new lab dossiers therefore will take many smaller players out of the European hemp scene as they can’t afford the extra investment.

The knock on effect is that people will have less access to hemp oil via their preferred small businesses forcing them to increasingly rely on bigger, more expensive brands.

Such entities however, can just about afford the greater investment into compiling fresh dossiers of their hemp oil, if the Novel Food law comes to pass.

However, some newer revelations have since come to light. Some European countries (excluding the UK) are now debating whether hemp should now be labelled as a narcotic.

The Demonization of Hemp in Europe

The final nail in the coffin is hemp-derived CBD being legally reinstated as a narcotic.

This may occur because the EC is now going by the UN’s bill of Single Convention on Narcotic Drugs, 1961. This bill states that the tops of the Cannabis sativa plant where hemp oil is extracted from, may induce psychosis or sleep like effects.

In reality hemp oil is derived from more than just the tops of the Cannabis sativa plant.

This includes the stalks, leaves, and stem in order to reap the rewards of all its components, terpenes, and flavonoids. Therefore, some pro hemp groups are fighting the threat of a coming reclassification of hemp.

For example, UK-based groups like the Cannabis Trades Association (CTA) have given much needed rebuttal to the EC, as they state the leaves, stalks, or flowers of the hemp plant contain no more than 0.2% THC.

Luckily, they recently published the UK Food Standards Agency’s (FSA) response to this that “in line with national government legislation: CBD in the UK is NOT a narcotic” (found in CTA response to EU Commission’s preliminary review, a CTA policy review).

Secondly, with the imminent exit of the UK from the EU, adhering to stringent measures from the EC is impossible.

In fact, some in the UK hemp scene are excited if the narcotic law does come to pass as this would leave the UK as the only free, liberal source of CBD for Europe’s old customers. Thereby allowing UK CBD companies to gain extra business.

In addition to this, it becomes clear that the US and UK are lucky enough to have liberal attitudes to hemp use as a benefit for wellbeing compared to the rest of Europe.

For example, the US 2018 Farm Bill meant that farmers could more easily cultivate industrial hemp to export to the world.

Similarly, the open mindedness of the British government means that CBD will be accessible to the public for much time to come, even if CBD gets classified as a Novel Food, which admittedly still sounds better than it being defined as a narcotic.

A Final Word on Hemp in Europe

Hopefully, you now have a window into the European hemp scene, the complex legal undertakings by governmental organisations, and arguments of pro hemp groups.

After thousands of years of hemp appreciation it’s a shame that in 2020 the EU is looking to restrict CBD as a source of natural ingredients for the European public.

However, by disseminating articles such as this, the legal drawbacks of changing the status and accessibility of hemp become clearer and some much needed change can occur. This is the aim of All Round CBD when writing on Cannabis & Tech Today’s site.