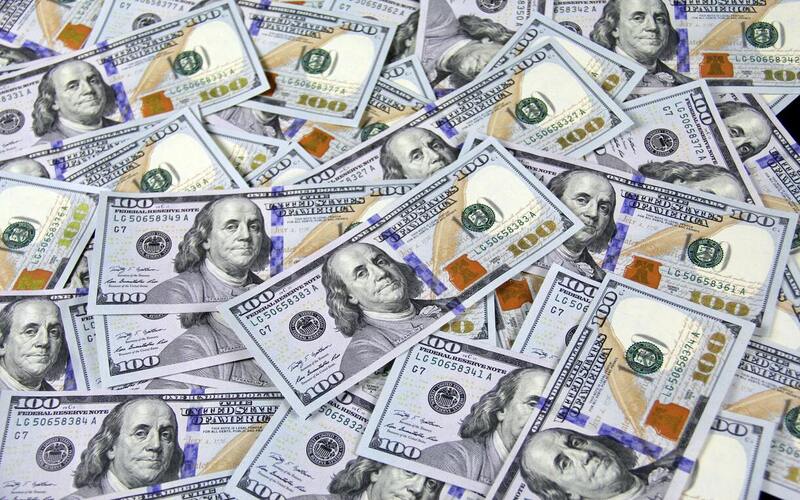 WASHINGTON, D.C. March 18, 2021 – The Secure and Fair Enforcement (SAFE) Banking Act will be reintroduced in the House of Representatives today. The bipartisan bill would remove barriers for financial institutions to work with state-legal cannabis businesses.

In the last Congress, this legislation was the first cannabis policy reform bill brought to the House’s floor in recent history –with 206 co-sponsors – and was the first to be approved by either chamber of Congress with an overwhelming bipartisan vote of 321-103 in September 2019.

The bill moved to the Senate, but consideration in that chamber was delayed due to the onset coronavirus pandemic. The House also approved two separate pandemic relief bills last year that included the legislation’s language.

“Thousands of employees and businesses across this country have been forced to deal in piles of cash for far too long,” said Rep. Perlmutter.

He continued, “It is time to enact SAFE Banking to align federal and state laws and reduce the public safety risk in our communities. I appreciate the partnership of the cannabis industry and businesses across this country that have added their voice to this effort. The SAFE Banking Act is an important first step to treating cannabis businesses like legal, legitimate businesses and beginning to reform our federal cannabis laws.”

The Case for Cannabis Banking

The SAFE Banking Act would protect financial institutions from federal prosecution for providing banking and other services to cannabis businesses that comply with state law.

The legislation would make traditional lending more accessible for the cannabis industry, helping alleviate the lack of access to capital that has presented significant hurdles for smaller businesses.

It would also mandate a study on diversity in the cannabis industry.

“Much like the studies we’ve seen in Massachusetts, Virginia, Oakland and what’s being proposed in Connecticut (HB 6377) we need to document, and explicitly state how a myriad of structures inhibit Black and brown community members from getting into the industry as workers or owners,” says Tauhid Chapppel, Board Member and Parliamentarian of The Philadelphia Association of Black Journalists.

In addition to the mandated study, the latest version of the Act clarifies that protections would extend to financial services providers working with the hemp industry.

As David C. Holland, Esq., President and Co-Founder New York City Cannabis Industry Association, points out, “Allowing banks under the SAFE Act to accept cash derived from the legal cannabis industry will, in turn, provide options to infuse and revitalize local communities – from which the revenue is generated – with more business loans, and greater personal and private banking and lending services. It will also serve as a means to reinvigorate local investment.”

In a letter to several members of the House Financial Services Committee today, “the American Bankers Association expressed support for the SAFE Banking Act of 2021, which would provide a safe harbor for depository institutions seeking to serve legitimate cannabis-related businesses in states where such activity is legal,” according to the American Bankers Association’s Banking Journal.

“At a time when small businesses need all the support they can get, and after cannabis businesses specifically have been providing essential services and generating significant tax revenues for states and the federal government with little to no financial relief, it is more imperative than ever to get the SAFE Banking Act passed into law,” said Aaron Smith, co-founder, and CEO of the National Cannabis Industry Association (NCIA).

The National Cannabis Industry Association (NCIA) is a cannabis trade association in the U.S. that broadly represents cannabis-related businesses at the national level. NCIA promotes the growth of a responsible, equal cannabis industry.

“Lack of access to banking services continues to create serious unnecessary issues for public safety, transparency, and access to traditional lending that smaller operators desperately need. These businesses contribute billions of dollars to the national economy every year. They need to be treated like any other legally regulated industry. We are grateful to the sponsors of this legislation who have generated strong and consistent bipartisan support year after year, and we are confident that it has a clear path to approval again,”  Smith continues.

One such ancillary company, Drop Delivery’s co-founder and CEO, Vanessa Gabriel, thinks the SAFE Banking Act is “exciting because it will allow us to partner with digital payment providers and offer a service that is missing to our clients. It will complete our client offering. Digital and cashless payments are game-changing.”

Gabriel goes on to opine that lawmakers should care because, “As we’ve seen in the past couple of years, especially this past year, cannabis is a valid industry and should be recognized as such. I love using the example of how Cannabis businesses were designated ‘essential’ during the pandemic’s onset. Cannabis being on par with, and just as essential as, pharmacies and local grocery stores demonstrates to lawmakers –and the world– that the cannabis industry should be federally legalized and supported.”

“It’s encouraging to see the SAFE Banking Act head back to the House and the Senate because it could bring tremendous progress to our overarching goal of legitimizing the overall cannabis industry,” says Dr. Stuart Titus, CEO of Medical Marijuana, Inc.

“Though we have generally resolved the banking and merchant processing issues that we saw when we began operations in 2012, we have done so at tremendous ongoing legal expenses and efforts. We hope that this bill can help other leaders in the overall cannabis industry avoid such hurdles and lead to expanded access of Cannabis.”

Opponents of the Bill

Cannabis and its derivatives are currently legal in 47 states, including adult-use in15 states and the District of Columbia. Still, not everyone is so enamored of the Act.

“Today, the so-called ‘SAFE Banking Act,’ a bill that would grant the marijuana industry access to the federal banking system and open the doors to Wall Street investment, was introduced in the United States House of Representatives.

According to a release from Dr. Kevin Sabet, president of Smart Approaches to Marijuana (SAM) and a former senior drug policy advisor to the Obama Administration, “This bill, the UN-SAFE Act, is nothing more than a backdoor attempt at legalizing marijuana. Passing this bill would be a significant gift to Big Tobacco, which has already invested billions into pot and officially partnered with Big Alcohol to lobby in support of federal marijuana policy. Granting this industry access to banks will bring billions of dollars of institutional investment from the titans of addiction and vastly expand the harms we are already witnessing.”

The House of Representatives is expected to pass the bill considering it was approved three times since 2019. The industry and its detractors will wait and see if the House will decide to provide a safe harbor for banks and canna-businesses.