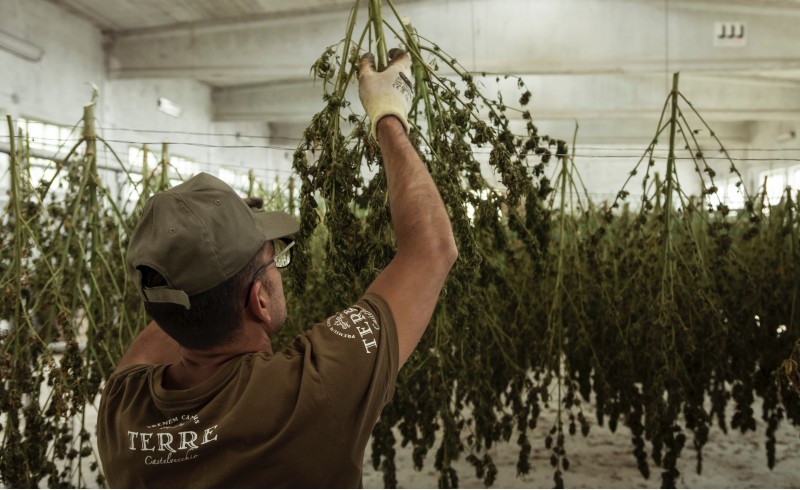 Sagiv Galai, a paralegal for the ACLU, believes legalization is “deceptively momentous… there cannot be justice in drug laws without equity.”

While legalization occurs around the nation, Galai reminds us “marijuana possession arrests in the United States, between 2001 and 2010, on average Black people, are almost four times more likely to be arrested for pot than white people.”

This statistic is consistent with more recent numbers.

In 2020, Times Union found, according to Albany Police Department’s data, “97% of the time, those arrested or ticketed [for marijuana-related charges] were Black.”

When speaking with his PR Rep Destiny Loyd, Tiyahnn Bryant, CEO of Roll Up Life Inc. recalled how he “recognized what he was missing as a cannabis consumer. Convenience, safety, quality, and transportation are key areas the [New Jersey] cannabis industry has fallen short in.”

He felt the “gaps in the market presented opportunities for him to create something that would be profitable and sustainable while creating opportunities” for people of color.

Bryant’s recognition of the issues facing people of color in his area is an example of the statement from Galai: “economic barriers were and are largely structural, and have their genesis in generations of economic disinvestment, segregation, and discrimination that have long plagued communities of color.”

From Washington to Maine, cannabis is a nationwide topic of legalization.

Many jobs and opportunities stem from the creation of new industries, according to Seyfarth’s Kayla Siam, although there have been over 240,000 jobs created in the cannabis industry, people of color do not fill the majority of them.

Siam explained that in every state that has moved forward legalizing cannabis, recreationally or medically, “none of the states have yet to implement a social equity system in its cannabis legalization process that garners diversity.”

She hopes the ideal program will soon be implemented and influence other states.

Programs like the Social Equity Owners & Workers Association (SEOWA) have been “advocating for the advancement of social equity” within cannabis laws in Los Angeles.

During the implementation of cannabis in New Jersey, “many towns had already vowed to block any attempts for retailers to set up shop… But delivery could be a way around that,” said Bill Caruso, an attorney at Archer Law.

For the residents of East Orange, New Jersey and the surrounding area, Roll Up Life plans on becoming the “delivery service the state needs” in both assisting in transport and revving up social equity through creating job opportunities.

“What makes us unique is that our business focuses on social equity.” Roll Up Life Inc. COO, Precious Osagie-Erese remarked.

“[Tiyahnn and I] created Roll Up Life to help in the decriminalization of marijuana and provide people of color more opportunities in the cannabis industry.”

The transportation-oriented company has an “overall goal to connect the cannabis industry in New Jersey. Making transportation and delivery seamless for everybody involved; from seed to sale.”

Loyd described Roll Up Life’s business model as one that “gives people who traditionally have been disenfranchised the chance to gain social equity through making deliveries.

Roll Up Life’s work will be even more proof that the cannabis industry can be profitable, sustainable, and a stable means for people to contribute to society in positive ways.”

As they continue focusing strongly on social equity, Roll Up Life has already made history being the first Black-owned cannabis transportation company in New Jersey.

They had the soft opening on November 12th and expect to be rolling up to customers all over East Orange not long after.