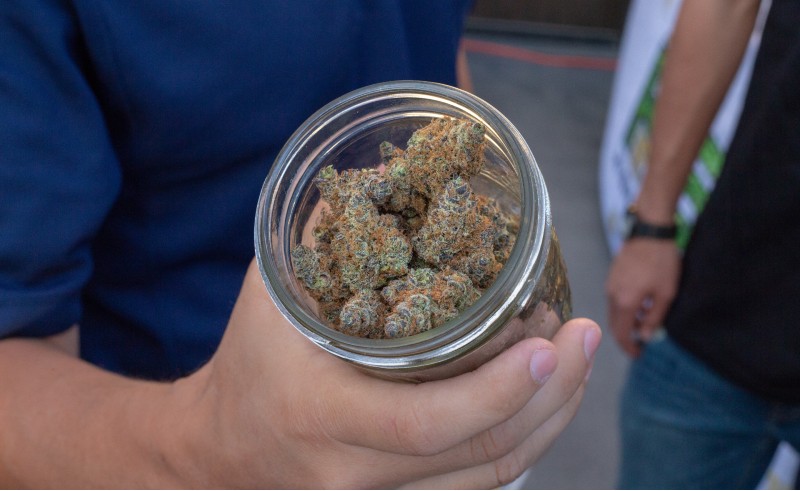 Unless you live under a rock, there’s no ignoring our current, heated political climate.

In the past four years, many new activists were born out of a necessity to pursue change in the world, because, quite simply, enough was enough.

What is the world going to look like after this presidential election?

For those of us in the cannabis industry, it’s also a question we’ve been asking ourselves when thinking about the laws surrounding cannabis.

If you reside in Arizona, Mississippi, Montana, New Jersey, or South Dakota, you will have the ability to vote on the legalization of medical and recreational cannabis this November.

If you’re feeling overwhelmed, let’s break down state-by-state, what these propositions mean, and what they could do for you.

If you call Arizona home, you may have noticed that Proposition 207 will be on the ballot.

If passed, this would be very beneficial to entrepreneurs within the cannabis industry, as this proposition promises multiple licensing opportunities and projects the commercial adult-use cannabis program to generate up to $760 million in sales in 2024.

The proposition also aims to aid minority-led cannabis business owners, by issuing out 26 social equity licenses to entrepreneurs living in communities disproportionately affected by the war on drugs.

So far, the likelihood of this passing looks like it could go either way.

The ballot may look a little confusing this year for Missippians.

So, what’s the difference?

According to the Marijuana Policy Project, the Mississippians For Compassionate Care created the Initiative 65, which would permit patients diagnosed with serious health conditions to possess and access medical marijuana with approval of their doctors.

More than 228,000 Mississipians petitioned for Initiative 65 to receive a spot on the ballot.

According to Mississippians For Compassionate Care, after Initiative 65 qualified, the Legislature put the competing alternative, Initiative 65A, which has zero guarantees, no accountability, and fails to include basic components necessary to establish a medical marijuana program.

While Initiative 65 would be an incredibly business-friendly measure, Initiative 65A would be harmful in that it limits licenses and doesn’t provide constitutional protections for patients, doctors, or caregivers.

While Montana is considered a fairly conservative state, a University of Montana Big Sky poll showed that 54% of residents approved recreational marijuana legalization compared to 37% non-supporters.

If approved, the state Department of Revenue would license and regulate the industry, with the business license application process starting on Oct. 1, 2021.

Existing MMJ operators would get first entry into the adult-use market for a 12-month period.

There seems to be a rising demand for Montana to join their fellow Mountain West states, Colorado and Nevada, in legalizing recreational marijuana.

If you’re in that majority, make sure to vote yes for Initiative 190.

If you’ve made the trek to New Jersey with the goal of starting a cannabis business, Public Question 1 will be of interest to you.

The initiative will legalize a marijuana program by constitutional amendment, promising, if passed, that it will eventually become a multibillion-dollar business.

However, the initiative is criticized for lacking detail in the amount of business licenses that will be readily available, as the laws and regulations will actually be handled by state lawmakers and cannabis regulators once it’s passed.

Bridget Hill-Zayat, who is a cannabis attorney with Hoban Law Group in New Jersey, said that, “If the motivation is a drive for tax revenues, they (lawmakers) are going to want to move as quickly as possible.”

The passing of this Initiative looks very promising, as a poll conducted by the cannabis law practice of Brach Eichler and DKC Analytics, showed that 68% of residents supported the legalization proposal while 26% were against.

South Dakota, which is a well-known red, conservative state, is about to make a historic breakthrough in the cannabis landscape.

South Dakota could become the first state in the nation to legalize both medical cannabis (Measure 26) and adult-use (Amendment A).

A simple, yet effective, way to tell the ballot measures apart is “M” for medical and “A” for adult-use.

Matthew Schweich, who is the deputy director of the nonprofit group the Marijuana Policy Project, told ABC News that more than 50,000 residents signed on to the recreational initiative and more than 30,000 signatures for the medical provision.

If passed, the initiatives will require the state Department of Revenue to create “enough licenses to substantially reduce the illicit production and sale of marijuana throughout the state.”

Schweich also notes that all five states, South Dakota, Montana, Arizona, New Jersey, and Mississippi, could have major outcomes for the rest of the country.

“If we’re successful it will send a message to Congress that they need to address the discrepancy between the state and federal laws on marijuana,” said Schweich.