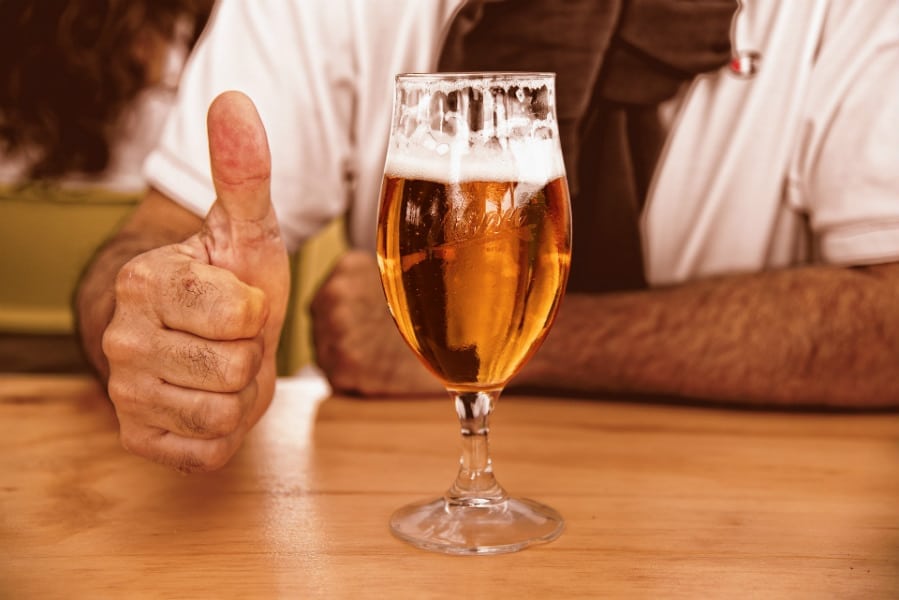 Infusing beer with tasty flavors is nothing new in the world of brewing. But removing the alcohol and replacing it with THC? That development is credited to Keith Villa, inventor of Blue Moon Belgian White Ale and current brewmaster for CERIA Beverages. Villa will soon begin mass production of his newest creation, a line of cannabis-infused beers with all the psychoactive effects of THC.

Until recently, brewers were infusing beer with terpenes from cannabis, offering the smell and taste of certain strains without the psychoactive effects. Now, Villa is scrapping the alcohol for pure THC. Federal law does not allow brewers to integrate THC into their beers. However, by omitting alcohol from his brews Villa is able to avoid the federal regulations and offer a mind-altering beverage that mimics the effects of THC inhalation.

Villa isn’t the first brewer to consider adding cannabis to its cocktails. Several other brewing companies have been introducing cannabis to their products, often infusing their beers with aromatic oils derived from varieties of the hemp plant. The beers are brewed with hemp hearts and terpenes, which only affect the flavor profile of the beer and do not contain any psychoactive compounds. Some brewers are even including the non-regulated cannabinoid CBD in their beers to enhance the flavor and provide pain-relief to consumers. Villa’s products will contain active THC compound, creating a unique and flavorful beer only available in legalized states.

Villa paired with Colorado-based company ebbu to fine-tune his beers. Though there are other companies offering marijuana-infused beverages, it was Villa’s work with ebbu that set his creations apart from the competition. Ebbu specializes in extracting and analyzing cannabis compounds. While working with Villa, their aim was to stimulate specific feelings from their infusions, like relaxation or elation. Researchers at ebbu have been conducting double-blind studies for several years to determine the precise feelings stimulated by their compounds. In an interview with USA Today, ebbu President Jon Cooper touted the results of their studies: “We’ve really been able to dial in on those sensations that can deliver a consistent experience for the users.”

Consistency was a key consideration for Villa during the creation of his marijuana-infused drinks, as he hoped to provide a dependable and predictable high to his consumers. The drinks were engineered to mimic the effects of alcohol and “hit” the user at the same pace as a beer. Villa will offer three varieties of his products to Colorado consumers this fall: a wheat beer, a light beer, and a heavier option like a stout.