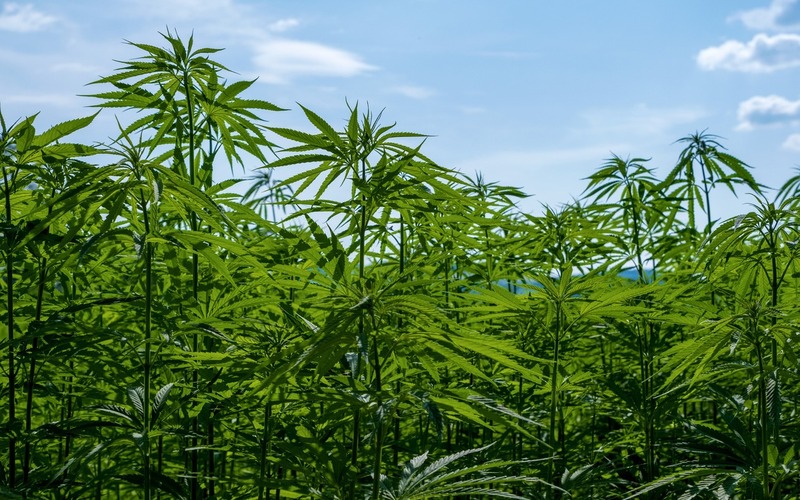 The Kingdom of Morocco is the latest country to jump on legalizing medical cannabis for financial gain. Cannabis consumption has been an open secret in the kingdom for ages.

The Northern Rif mountains of  Morocco is a primary production center for “kif” – the colloquial Moroccan name for Marijuana – and for hashish, for export to Europe. It has become so popular there that tourists often travel to visit its source. Cannabis, locally-grown in the northern regions of Ketama and Chefchaouen, attracts thousands of visitors each year to the North African country.

According to the United Nations Office on Drugs and Crime (UNODC)’s 2017 World Drug Report’s chapter on plant-based drugs, Morocco remains the country most reported by United Nations’ (UN) Member States as the source of cannabis resin, or hashish.

During 2010 to 2015, 26 percent of the global total was seized by countries in North Africa, most notably Morocco, followed by Algeria, and Egypt. Morocco had over 110 tons of Cannabis resin seized.

By contrast, cannabis herb seizures more than doubled over the same period in Africa. The second largest seizures of cannabis herb were reported in Africa, mostly in Nigeria, Egypt and, of course, Morocco.

Both UNODC and Europol data estimate that most of the cannabis resin found in Europe continues to originate in Morocco, although Afghan cannabis resin is also trafficked to Europe, often using Albania as a first distribution hub.

Despite the UN’s report that the majority of hashish in Egypt is trafficked in from Morocco, Permanent Representative of the Kingdom of Morocco to the United Nations, Ambassador Omar Hilale, said in 2017 that he is “unaware” there is an export route into Egypt. He said his country “cooperates with Interpol, the UN, and all regional countries, to stop trafficking.”

“Morocco is against any legalization of Marijuana.” He continued, “We are committed to the international and UN conventions. We have a zero-tolerance policy. No legalization. In Morocco, it’s forbidden. We are against it. Anyone who is using, planting, or selling hashish is a criminal and, if caught, goes to jail. We have cooperation with UNOV on drugs and crime, and we are a member of the executive organization.”

When asked if marijuana and hashish should be decriminalized, or removed from the narcotics category, he said, “I am not a doctor, but from my knowledge, marijuana, hashish, and derivatives are all equal, they destruct [sic] your brain, your life, and human potential, which is why they must be combatted.

“Until you have seen small children whose parents are languishing on drugs, you don’t really see the destruction it causes.

“If hashish were to become legal, even if the age of purchase were 21, young kids would ask older friends to buy it for them, the same way they do with alcohol.”

Despite the ambassador’s hardline stance against it, smoking kif is tolerated by the authorities, as part of the local culture.

While Moroccan law bans the sale and consumption of marijuana and hash, that has not prevented ganja farmers from growing vast plantations of it, providing a living for 100,000 families.

In the latter part of 2015, Titan of industry, Richard Branson, founder of Virgin, voiced his support for an initiative in Morocco, for the decriminalization of marijuana for medicinal use.

Sixty miles (100 kilometers) to the west of Ketama, the town of Chefchaouen has also been put on the map by hashish. This hashish hamlet, high up in the hills, buzzes with tourists.

Twenty years ago, tourists could take a boat from Portugal to Morocco for less than $1, which they often did, to be able to smoke freely. The ferries cost more nowadays, but the tourists still come in droves.

Like Ketama, Chefchaouen is renowned for its cannabis production. Small-time hashish hustlers and unlicensed guides casually approach tourists to offer them a tour of nearby farms to meet the “kifficulteurs” – local cannabis producers. (Guesthouses provide a similar service for around $18.)

Cannabis plants are visible as far as the eye can see. Several varieties are cultivated, including Mexican, Afghan, and naturally, domestic. Many farmers in the area use imported seeds to expand the crop. Various tour groups walk around as casually as if they were visiting a sugar cane plantation in Jamaica.

“It is governmental law to legalize cannabis production only for medical and pharmaceutical use,” confirms Ambassador Hilale via text message to Cannabis & Tech Today.

According to Reuters, Morocco plans to allow the cultivation, export and domestic sale of cannabis for medical and industrial use, the government said on Thursday. The kingdom hopes this course of action will help impoverished farmers in the Rif mountains amid a growing legal global market for the medicinal plant.

Past attempts to legalize cannabis farming in Morocco have failed, but the co-ruling PJD party, the largest in parliament, dropped its opposition after the UN World Health Organization’s(WHO) recommendation influenced the UN Commission on Narcotic Drugs (CND) to remove the plant the list of the most strictly controlled narcotic drugs, Schedule IV, of archaic international treaty, the 1961 Single Convention on Narcotic Drugs.

The CND narrowly voted 27 to 25, with one abstention, to re-schedule the medicinal herb. Cannabis and resin will be classified as having a similar degree of abuse and dependence potential as narcotics such as morphine and oxycodone.

Legalization advocates opine that cannabis should not be likened to opiods considering there has never been a “cannabis epidemic” claiming hundreds of thousands of lives. Therefore the rescheduling doesn’t go far enough.

However, it is enough of an incentive for Morocco’s cabinet of Saad-Eddine El Othmani to attempt to legalize cannabis production for medical use.

The cabinet, which is expected to approve the measure next week, aims to improve farmers’ livelihoods, protect them from drug traffickers who currently control the cannabis trade, and gain access to the blossoming legal, international cannabis market.

The draft law, according to Reuters, envisages a national agency to monitor production, transportation and sales. The adult, non-prescribed use of cannabis in Morocco would still be prohibited.

Ambassador Hilale explains, the plan “will need to be voted on and accepted by the parliament,” where the moderate Islamist PJD is the largest party, “before becoming official.”

Federal Cannabis Decriminalization on the Horizon