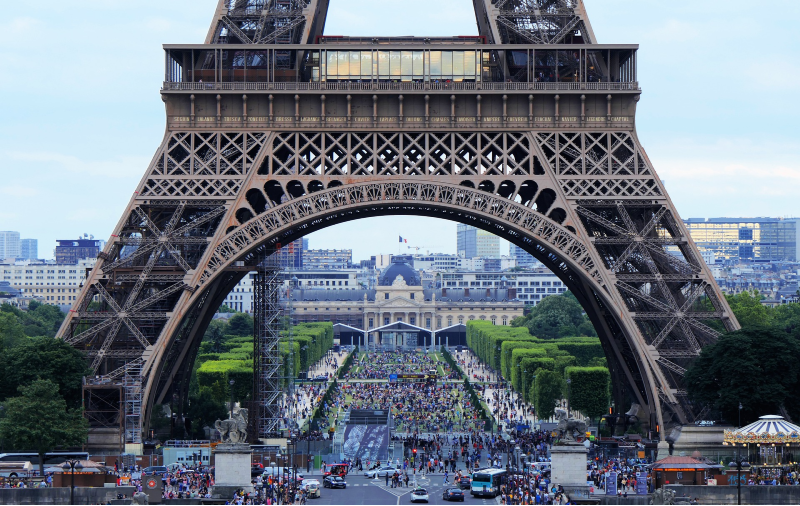 For the first time in nearly a century, France vigorously defended the therapeutic potential of cannabis at the United Nations this week. The European nation is calling the historic World Health Organization (WHO) recommendation to declassify medical cannabis from Schedule IV “necessary.”

Symbolically, the UN refers to schedule IV substances as a “scourge”• on humanity. Some of these drugs include Fentanyl, Heroin, and Krokodil. However, Schedule IV also contains less harmful substances with medicinal and therapeutic value, including cannabis and hashish.

After more than two years of scientific analysis of all the available data, in January 2019, the World Health Organization (WHO) recommended removing cannabis from Schedule IV.

They also proposed other, more technical, recommendations aimed at facilitating medicinal access to cannabis. However, these historic recommendations have yet to be validated or rejected by a government vote on December 2.

The UN Commission on Narcotic Drugs (CND) has deferred voting on whether to reschedule cannabis for the past ten consecutive years.

Regardless of the UN’s predictable inaction, the tide against marijuana prohibition is turning. According to the French media outlet, Newsweed, “This recommendation ‘clearly raises the strongest symbolism and arouses the highest expectations among a section of our public opinion,’ said France’s Agence Nationale de Securite (ANSM), representative Elena Salazar in a closed-door diplomatic meeting.”

“Recognizing the therapeutic potential of cannabis, it is also essential to enable scientific research […] the international community must send a clear signal on this subject. We must be able to show […] that we are not compromising on trafficking and drug-related social damage while taking into account scientific developments regarding cannabis.”

An excerpt from the statement by Elena Salazar on behalf of France at the UN Commission on Narcotic Drugs, Tuesday, October 6, 2020, is as follows:

The representative of France then endeavored to present the ANSM experiment to the world in these terms:

“In 2018, a scientific committee dedicated to the question of the relevance and feasibility of the offer of therapeutic cannabis in France […] issued a positive opinion […] for a limited number of cases: pain refractory to available treatments, palliative care, pain and spasticity associated with MS, for certain forms of drug-resistant epilepsy, as well as in the context of oncology care support. An experiment should be set up in 2021 to test this new and clearly defined medical use of cannabis in real conditions; assess the prescription and distribution circuit in a real situation and health professionals’ commitment. Three thousand patients suffering from the aforementioned diseases should be included in this experimental phase. This small-scale experiment will allow us to collect the first French data on the efficacy and safety of medical cannabis.”

With such a speech, France positioned itself alongside South Africa, the Netherlands, Jamaica, Mexico or Colombia, and the United States and Switzerland, in defense of the declassification of Schedule IV and the role of scientific research in the evolution of public policies. A real diplomatic turn confirmed two days later when the UN cannabis consultations started in January 2019 [2].

Adrien Frier, Deputy Director in charge of the fight against terrorism and organized crime at the Ministry of Europe and Foreign Affairs, said:

“As we vote on these recommendations next December, we must remember the international conventions’ primary objective: to protect all populations’ health and well-being. It is clear that these recommendations are not intended and should not be viewed as a step towards liberalizing the non-medical use of cannabis, which will remain contrary to the Conventions. It is also clear that we do not minimize and must not minimize the risks and dangers to health, especially for young people, and that there is no room for trafficking and related violence.

Simultaneously, the Conventions adhere to the principle of their reflection of scientific developments and the fact that the medicinal use of narcotic drugs continues to be essential for alleviating pain and suffering. This now means considering the therapeutic potential of cannabis.”

Excerpt from Adrien Frier’s statement on behalf of France, at the UN Commission on Narcotic Drugs, Thursday, October 8, 2020:

This is the first time since the late 1950s that France has adopted, on the international stage, a position on cannabis that is different from head-on opposition or denial.

At the time, the efforts of France and other countries made it possible for the Conventions to exclude any cannabis cultivated and used “for industrial purposes” [3] that made “hemp” possible today.

While the ancient history of cannabis policies is evolving, France seems to consolidate this support for research and access to cannabis and cannabinoids for medical purposes. France defends the right to health and drug policies based on science, at the UN, in France, and the DOM / TOM.