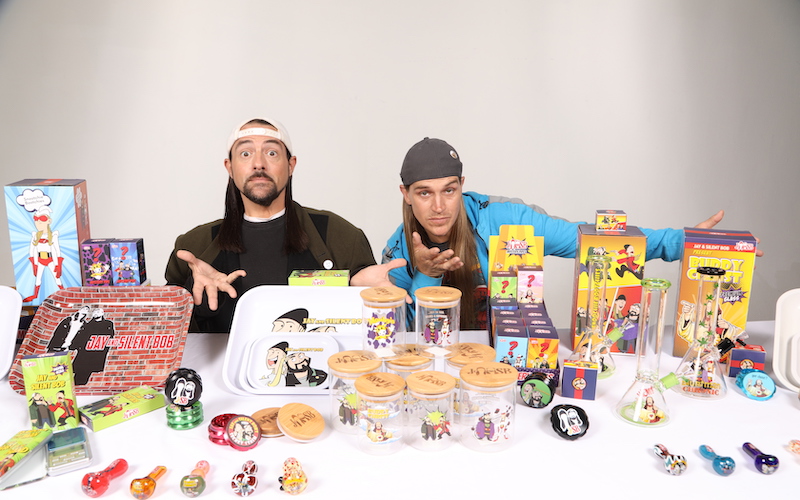 “Tickets? Since when did they start charging for the bus? Didn’t we used to ride that s*** to school every morning for free?”

“You want to be my girlfriend? OK, but Silent Bob gets to live with us and you pay
the rent.”

“Naw, he speaks some English, but he can’t all speak it good like we do.”

“I was outside taking a piss when I heard the news, congrats!”

From Clerks to Dogma and beyond, these are some of the most comical and memorable lines spoken by Jay, the more vocal half of the comedic duo Jay and Silent Bob. (Although there were plenty more quotes, these were the cleanest examples.) Portrayed by actor Jason Mewes, Jay is known for his foul mouth, promiscuous attitude, and friendship with Silent Bob, played by writer and director Kevin Smith. Smith, who has directed films starring the duo such as Jay and Silent Bob Strike Back, has maintained a close friendship with Mewes, even to the point of calling him during our conversation.

And Mewes is definitely keeping himself busy to this day. In addition to the upcoming film, Mewes streams gaming videos under the Twitch username @JayMewes, co-hosts the podcast Jay and Silent Bob Get Old with Smith, went on a recent comedy tour telling hilarious anecdotes, and has officially entered the cannabusiness with Jay and Silent Bob’s Private Stash. In this discussion, Mewes opens up about his sobriety, his various projects, and his excitement for Jay and Silent Bob to finally return to the big screen.

Cannabis & Tech Today: Later this year, Jay and Silent Bob Reboot is coming out. What’s it like jumping back into the character of Jay? 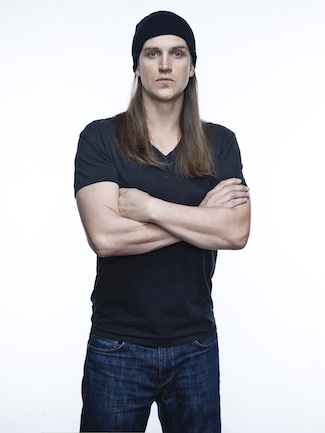 Jason Mewes: The character’s always been based on me, when Kevin met me at 13 years old. We had been friends for about three or four years at that point, when he wrote Clerks, and he said he wrote things that he remembered me doing, saying, and based it off of my personality. I did smoke weed and talk about it all the time, but I never sold it, of course. But, the character was based on when I smoked a lot. As time went on, even with the character, Kevin adapted to me growing up and my situation.

So I would count my days, and go to AA and NA meetings, and say, “Hey, I’m sober,” and all that. The good thing is, again, Kevin adapted it. In Clerks II, I didn’t smoke. Then cut to Jay and Silent Bob Reboot, I don’t want to give too much away, but he’s sort of, he has adapted the characters and everything around it. Again, I don’t know how much I can give away. Put it this way, we don’t stand out in front of a store and sell weed on the corner anymore.

But again, it’s like Clerks, Jay was talking about weed and saying, “I’ll eff anything that moves.” Mallrats, he was more slapstick, because when I got a little older, I was more goofy. And then, Clerks II, I got sober, so he wrote it that I got sober. You know, so all that, and it’s been really awesome.

I knew Kevin, we grew up in the same town, but we started hanging out when I was about 13, and when he wrote the movie, I was about 16. So yes, the character’s based off all the silly, goofy things in our friendship from those three years of hanging out together, and me saying stuff. I used to do weird stuff. I wouldn’t say weird stuff, but I’d be goofy, maybe driving down the road and I’d yell out the window, “I’ll eff anything that moves!”

I would sit and put on my music in my car. Like, if music was on in my buddy’s car, we used to sit out in front of Walsh Farms and listen to Minor Threat and Misfits, and I had a mohawk at this point. And we’d sit and we’d mosh and stuff.

So in Clerks, Kevin has him and I in front of the store dancing, and stuff like that. I used to say, and I still do sometimes say “Snooch.” It started off as, “Neh, I’m kidding,” “Nooch, I’m just kidding,” to “Snooch to the nooch.” And so, Kevin wrote, and the character is saying “Snooch and nooch.”

C&T Today: What was the inspiration for the Jay and Silent Bob Get Old podcast? 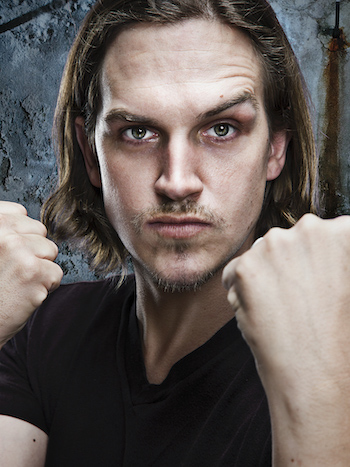 Jason Mewes: So, I had relapsed. Kevin was super bummed, disappointed. I broke his heart, because I had been four years sober, and he’s always been the one in the middle of it, dealing with it. And of course, now I had my wife this last time. But again, she was new to me relapsing and dealing with that.

Anyway, the point is that he was a little bummed and he had to step back, because he was upset and disappointed. When I got out of rehab, he had been doing these projects with Ralph Garman and Scott Mosier, and he opened up a 40-seat black box theater, called SModcast, where he was doing live podcasts every week.

I started going there, because I wanted to hang out with him, and I wanted to see him. I would go there and hang out, and I was like, “Wow, this looks like so much fun. I would love to come here weekly and do a podcast for you.” He’s like, “Well, what do you want to talk about?” I was like, “I don’t know, I just want to do something.”

When I first got home from rehab, I remember he brought me out to lunch, and he’s like, “Bro, I don’t get it. You were four years sober, and you seemed to be doing so good, you seem like you were in a good spot. What happened?”

I’d moved to the beach, I really wasn’t going to meetings, and then I got kidney stones, and I got a shot of Demerol. Which, believe it or not, it was like, all of a sudden I felt that thing that I hadn’t felt in four years. Honestly, I didn’t even think about relapsing. But they gave me the shot, and they gave me painkillers to go home with to pass those kidney stones.

And I’d forgotten that good feeling, and I was like, “Oh, I forgot about this.” And I feel like, “Yes, you could take pain medicine, if it’s prescribed and you’re sober, but you’ve gotta be really aware, you have people to talk to about it.” And I didn’t have that, and I explained that to him. I wasn’t accountable. I wasn’t talking to anybody. I was hanging out at the beach by myself all the time.

Anyway, so he was like, like, “Well, listen, why don’t we do a podcast where you talk about what’s going on every day? And then, not only are you talking about what’s going on in your life, and about how you feel, if you’re struggling that day with drugs – if you’re really craving it, if you’re not craving it, if you feel good – but you’re accountable to the 40 people in the theater that are watching the podcast, and whoever downloads it.”

Then we did one, and it was sold out, and we did another one, it was sold out. Then all of a sudden, people were like, “Oh, my God, I love it. Can you come to Florida? I want to watch it live.” So we’re like, “Okay. Let’s try to do this at the Hard Rock.” It sold out two nights in a row, and then, all of a sudden, we’re touring in different cities. And each show, I was counting how many days I have: “I have six months, three days sober. I have eight months. I have a year.”

C&T Today: What was it like to enter the cannabis industry with Jay and Silent Bob’s Private Stash?

Jason Mewes: It’s been awesome. In the movies, we sit outside of the store and sell weed, and you know, it’s like, who would have thought that years later, we get to actually be in business, and sell weed and it’s not illegal? We have water pipes, and we have grinders, and tree rolls, and all that stuff. So it’s been awesome, brah.

You go into a store and you see grinders with Cheech and Chong on it. You see this and that, so like, why not? Especially because, I don’t, but Kevin smokes constantly, so it’s great for him. It’s like, he always jokes and says at the very least, he’s getting some free weed out of it.