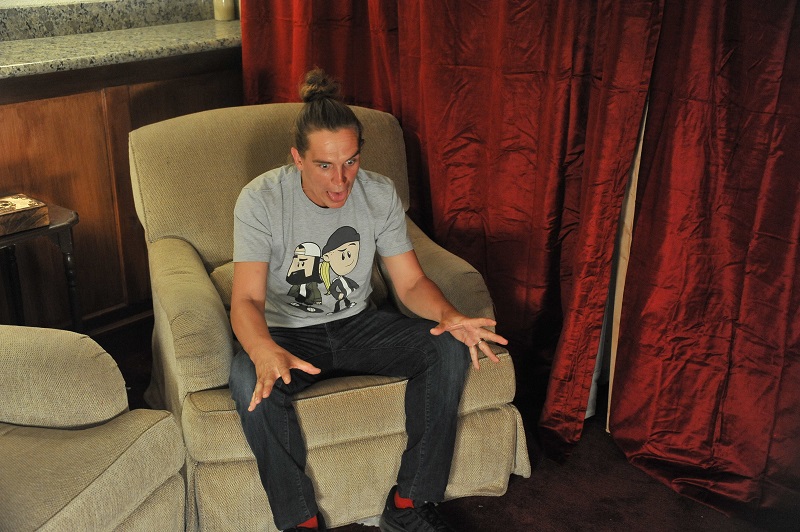 Since the debut of Clerks in 1994, Jason Mewes has been best known for portraying the hilariously foul-mouthed character Jay in the duo of Jay and Silent Bob. In the years since, Mewes has kept himself extremely busy, making numerous film appearances, directing Madness is the Method, and entering the cannabis industry with Jay and Silent Bob’s Secret Stash. His latest film, Jay and Silent Bob Reboot, sees Mewes returning to the big screen as the character that started him on the path to comedic stardom. In this exclusive interview, the comedic actor details his return to the role of Jay and his newfound love of video game streaming. 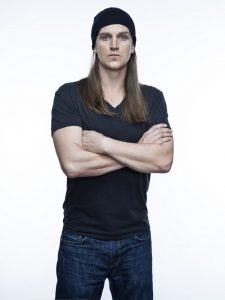 Cannabis & Tech Today: How does it fee to jump back into the role of Jay after so many years with Jay and Silent Bob Reboot?

Jason Mewes: The lead up to it is very exciting, of course, and getting to shoot a movie with Kevin again, I’ve always had a blast. Don’t get me wrong, I have fun on other movies. Each one is different, and awesome, and the director is either fun, or not necessarily fun, but I might learn a thing or two from this person, that person.

We just always have fun. But it was interesting going into it, I felt very confident that we’ve done it six other times, and thinking I know the character, but Jay had so much more dialogue than the other movies, even the last Jay and Silent Bob, which I already had a lot of dialogue in.

This one, I had even more dialogue, and it had been 13 years. We’re older and Kevin hadn’t done it in awhile either. Kevin has directed since then, but even watching him the first day or two, trying to adjust and not being able to watch the actors and being on camera. When we were on camera, we had to worry about if something matched, or if this or that was happening.

It was so much fun seeing people like Jason Lee we’ve worked with a ton of times. But we’ll see him and spend a week with him, and then we don’t see him for two years. And then, we spent two weeks with him, and then you don’t see him for three years. So it was so cool to see all these people I haven’t seen in years, but spent maybe two months of my life with them, Shannon Elizabeth, and Jason Lee, and a bunch of other people. 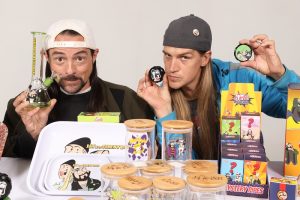 C&T Today: I understand you’ve also been into streaming lately, can you tell me a bit about that?

Jason: It’s something I really have been into for years, but just never had the platform or the place to do it. Again, I knew about Twitch, but I just, I didn’t know the process of starting the process, and being able to just do it for fun. So it’s been great, dude, it’s been so much fun, and my goal is hopefully to get to do a movie here and there.

I directed a movie recently called Madness in the Method.  My goal is to direct and act in movies when I can, and then stream during the week, and then go do my standup on the weekends, and stuff. So we’ll see, we’ll see.

Call of Duty is one of my favorites. I started to play all these games in the beginning of my streaming a year ago, and after about three weeks, someone was like, “You got to try Fortnite.” And I tried Fortnite, and honestly, I’m obsessed, and I love the game. I like the game so much, that every day I’m like, “Tomorrow, I’ll play something different. But they just did this. You know, Season Five’s out on Fortnite, so I have to play it one more day. Two more days, one more day…”

But yes, I definitely am into other games. I played Borderlands. Borderlands 3  was so much fun, I can’t wait till that comes out in September. I’m going to definitely stream that.

My all-time favorite game, which they don’t have anymore, was The Lord of the Rings: Battle for Middle Earth. They had it, it used to be DA Sports, and you can play two people versus two people online, man. You start with a castle, and they get to build farms and armies.

It’s like, you know, I know it’s very similar to the StarCraft, and that, and the League of Legends Games. But I don’t know, there was something about that, The Lord of the Rings game, that really grabbed me about 15 years ago.

And then, I guess that the license ran up, and they never made another one. They made other Lord of the Rings games, but never that same style of game.