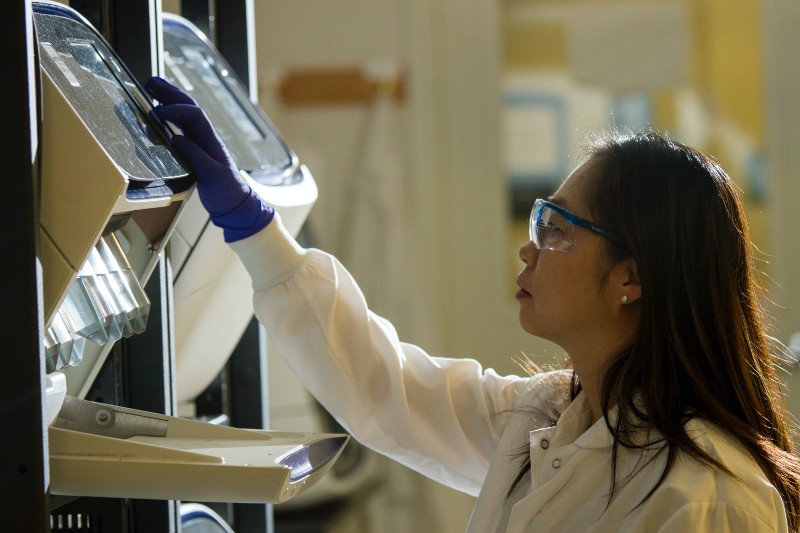 Connoisseurs prefer it, lab tests confirm it. Producers of high-quality cannabis extracts can’t afford not to use it.

Three methods for extraction have been dominant in the cannabis market so far.

The primary difference between them is the solvent they use to process the plant into its final, consumable form. Extraction using CO2 was the first method to gain widespread acceptance in the recreational cannabis market.

CO2 can produce the shelf-stable oils used in vape cartridges and continues to be a popular option. Ethanol was another common solvent long-used by small producers, though professional-grade equipment for production at scale came along significantly later.

But it’s the third method, extracting cannabis with hydrocarbons (butane and propane) that has the most potential to serve consumers in the mature marijuana markets of the future. We can already see those preferences taking hold in the present.

The most important factor to consider here is not the extract, but its source. Of the three leading extraction processes, the only one able to properly process fresh-frozen plant material is hydrocarbon, also known as BHO (butane hash oil).

To produce ultra-fresh resin, the processor must take newly harvested cannabis and cool it to ultra-low temperatures before and throughout the extraction process. Using this preserved, but not dried, plant matter as your starting point makes a difference both in the quality of the end product and in the variety of consumer products an extractor is able to produce.

In CO2 extraction, the plant material feedstock needs to be bone dry — high moisture content has the potential to damage valuable extraction equipment. Moisture creates a different problem for ethanol extractors, limiting their ability to break down cannabinoids as unfrozen water mixes with the solvent.

That means the cannabis content of the extracts is perfectly preserved. This is as pure a full-spectrum product as you’ll find at the local dispensary, an oil that’s very close to 100% cannabinoids and terpenes.

The second key factor is the ability to retain terpenes, the cannabis compounds that produce the distinct aroma and flavor that is unique to each strain.

With ethanol extraction, the loss of terpenes is easy to understand. The alcohol and many of the terpenes have similar boiling points and will combine with the ethanol in ways that make it prohibitively expensive to separate later.

When you boil off the alcohol to separate it from the cannabis oil, terpenes boil off with it. CO2 can be separated at a lower temperature, but the process is still more harsh on the terpenes than you’d like, partly due to the extreme pressure applied during extraction.

This applied pressure, often combined with moderate heat, results in loss of terpenes. So, if you’re hoping for extracts from a specific strain, you might find that its characteristic flavor will have faded in line with the terpene loss.

Extracts made with BHO have been shown to retain anywhere from 30 to 80% more terpenes versus results you’d expect from the other methods. This is a difference seasoned consumers will definitely notice.

In a recent online webinar, we gathered a small group of cannabis retail professionals — budtenders, dispensary stockists, and quality control managers — and probed their ability to distinguish between sample products made with CO2, Ethanol, and BHO with a blind taste test.

While the participants had difficulty distinguishing between the first two categories, the BHO cartridge was unmistakable to all, described in terms of specific natural terpene notes like “rose” or “peony”.

We’re also seeing this preference play out at the retail counter among cannabis consumers at large. In their 2018 report on Concentrates, industry research firm BDS Analytics surveyed all the products sold by dispensaries across Colorado’s long-standing recreational market.

Of products in stock, the report found that 36% were assorted vape cartridges (which can be made with any of the 3 processes with the mixed resulting quality we’ve discussed).

From there, 21% of stocked products were marijuana wax, 19% were shatter, and 12% were pure live-resin. Taken together that means a whopping 54% of an average shop’s total sales came from products that can only be made through BHO extraction from flash-frozen material.

In the time since that report was published, live-resin derived, dabble products like diamonds, butter, sauce, and sugar have inched up in consumer awareness, adding to that share.

We’ve entered a sustained boom in the appeal of artisanal products and natural flavors tied to individual makers. For a dispensary stock manager to neglect BHO-derived products at this point, would be like a supermarket missing a craft beer and wine department.

It’s likely this trend will carry over to the marketability of BHO extract brands going forward. And this growth is only bolstered by the increased pharmaceutical benefit of higher terpene levels, via the so-called “entourage affect” that happens when a full-spectrum of cannabis compounds work together in the body.

This is an especially salient point for the 52% of marijuana consumers who say they use cannabis for both the medicinal and the recreational benefit.

Growing consumer popularity is not the only way that hydrocarbon extraction helps producers’ bottom line, either. Lots of post-extraction processing is needed to create extracts with CO2 or ethanol-based methods.

Processors pay for this in a few different ways. First, there’s an upfront financial outlay for the equipment. Post-processing for CO2 and ethanol products includes winterization, filtration, solvent recovery, and fractional distillation steps and the cost of the equipment often overshadows the extraction equipment itself.

Hydrocarbon extraction doesn’t require that degree of post-processing, just a vacuum oven (for final purification) that carries about 10% of that overall cost.

Second, controlling for equipment cost, BHO’s throughput is significantly higher than that of CO2. In layman’s terms, butane is able to get more of the good stuff through fewer batches and less post-processing, which means you have a shelf-ready product in less time.

The bottom-line benefits are so apparent that some of the reluctance to switch from older methods of extraction might be as simple as some producers’ hesitancy to move away from early investments, not recognizing a sunk cost.

The cannabis industry will likely continue to shift away from traditional flower and further in the direction of high-quality extracts. It’s increasingly clear that the future of those extracts is hydrocarbon extraction.