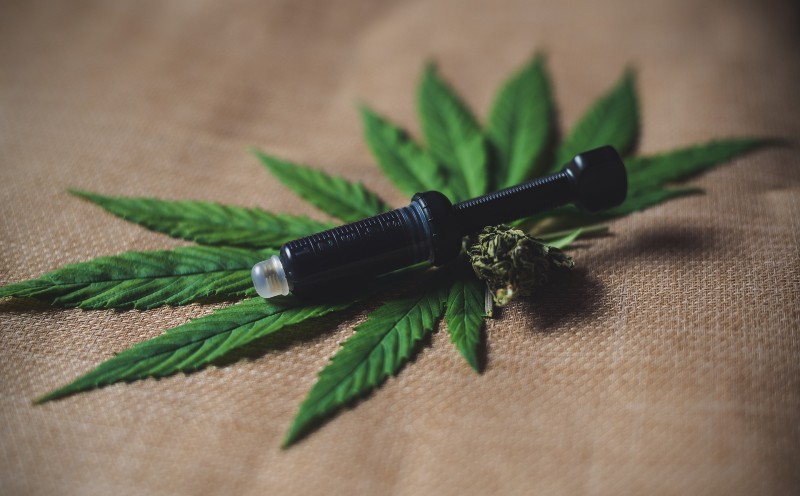 They can be used to make edibles, wax, and cannabis oils. Cannabis concentrate can also be smoked through vapes and e-pens. There are many websites available where you can check out an assortment of products and applications for concentrates.

Though many people know about cannabis extracts, quite a few are actually aware of how they are made. There are three common ways to create cannabis concentrates: hydrocarbon extraction, ethanol extraction, and supercritical CO2 oil extraction.

Butane and other similar compounds like propane and hexane are very useful in extracting plant-based chemicals like terpenes or cannabinoids. Butane Hash Oil (BHO) is quite prevalent for its extreme potency. It commonly has an eighty to ninety percent THC content.

BHO is perfect for people who are looking for therapeutic effects of THC. BHO is usually used to counter severe pains and muscle spasms. It is quite effective against stress and anxiety, as well.

The process of making butane hash oil starts with a tube containing the cannabis plant, and a vessel containing butane or any other hydrocarbon that you may be using.

Some people also mix two types of hydrocarbons, i.e. propane and butane, to increase polarity and get a more thoroughly extracted final product. The hydrocarbon is then pumped into the flowers of cannabis, which draws out the cannabinoids like THC, CBD, and CBA.

The cannabis-infused solvent is collected in a separate vessel. At this point, the extracts aren’t safe to use, because the solvent may also contain certain pesticides that were used on the plant, and of course, it is still mostly hydrocarbons.

The mixture is heated to eliminate these unwanted toxins. However, this has to be done at a specific temperature, so that the hydrocarbons are evaporated, and the cannabis extracts are the only thing left behind.

Excess heat can ruin the final product so be very careful, and monitor the temperature continuously to make sure everything is in order.

After the butane is evaporated, you will be left with a golden substance, the consistency of which will depend on the temperature at which it was prepared.

This substance is BHO, and it is ready to use. It can be used in its current state, or you can also crystalize it to create shatter, which is a popular glass-like cannabis extract.

Ethanol extraction also follows the same principle that is used in the creation of BHO. It involves dripping a solvent over the buds and flowers of the cannabis and removing the solvent so that pure cannabis extract is left behind.

However, instead of a hydrocarbon-based solvent, ethanol is used in this process.

Ethanol is one of the oldest used solvents for creating cannabis concentrates. The advantage of using ethanol is that it dissolves the terpenes and cannabinoids a lot faster than butane.

On the other hand, unlike butane, ethanol has a high polarity, which can result in the extraction of certain elements that aren’t drawn out by butane.

Ethanol can also extract tannins, chlorophyll, and various other pigments from the cannabis plant. These compounds also have to be removed for a pure product.

Most of the time, activated carbon filters, similar to those used for water filtration, are used to eliminate these impurities. Activated carbon quickly soaks up these contaminants because of its porous and absorbent nature.

Similar to hydrocarbon extractions. The solvent is heated to remove the ethanol and you are left with pure, concentrated cannabis extracts.

The popularity of Supercritical CO2 is rising rapidly in the cannabis industry, as it is a more natural and organic solvent than hydrocarbons and alcohols. Moreover, supercritical CO2 does not leave any potentially harmful substances behind after extraction.

Now, anyone who is not studying chemistry will be wondering what a supercritical substance is. Supercritical fluids are gases that are exposed to high pressures until they become liquids.

Similar to the previous two extraction processes, the solvent is poured over the plant buds and flowers, and the cannabinoids are extracted into it.

Supercritical CO2 is extremely cold, which is beneficial for the extraction process. As we have previously stated, excess heat affects the quality of the concentrate; since liquid CO2 is cold, it preserves the natural attributes of the strain that is being extracted.

This means that the flavor and aroma of the strain are preserved.

Moreover, liquid CO2 is also a very easy solvent to remove. It automatically reverts to its gaseous state and evaporates.

No heat has to be used in this process. However, the concentrate that is obtained is usually very thin, which makes it perfect for use in vape pens and e-cigarettes.

It doesn’t matter which extraction procedure you are using; choosing high-quality material can make a significant difference in the final results. For instance, if the flasks and tubes that you are using aren’t airtight, problems can arise.

During BHO and ethanol extractions, the bottles can explode if the seals aren’t airtight. Even in CO2 extraction, airtight seals are essential for maintaining high pressure. Leak-proof seals also prevent impurities and contaminants from entering the concentrate.

To sum it all up, there are various ways to create cannabis concentrates, and all of them have certain advantages and disadvantages. The end product is potent and may have many medical benefits.

However, unlike standard cannabis buds, you need to be more careful with concentrates. They are significantly more potent, and ingesting too much can create an uncomfortable state of mind.