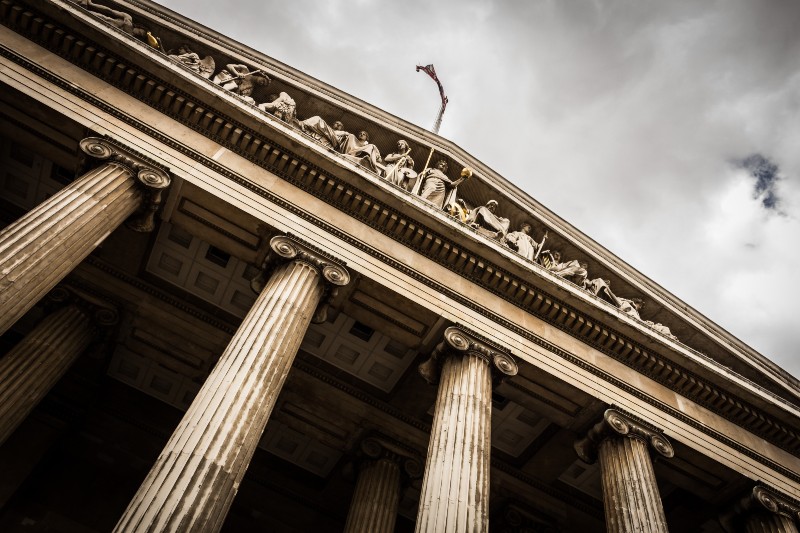 HAL Extraction hasn’t yet been involved in any Intellectual Property (IP) lawsuits, but the Colorado-based company is still very much aware of possible patent infringements and other illegal moves by competitors that could result in it having to take eventual legal action.

With a patent on its Extraction Hood used by cannabis companies to mitigate or eliminate the danger of possible explosion due to solvents used in the process of extracting oils from plant-based material, and others pending, the company has already faced aggressive maneuvers from would-be competitors attempting possible infringements on HAL IP.

Such moves may not have yet resulted in any legal action launched by HAL, but the company is doing its best to protect itself against such moves and is constantly monitoring.

Such companies’ moves haven’t so far resulted in any real threat to HAL’s leadership in the extraction booth industry, but now there are instances in other areas of the cannabis industry where bigger players are flexing their muscles in alleged patent infringement legal action.

These efforts could be the beginnings of a potentially growing trend of IP-related lawsuits in the cannabis industry, said Pat Galvin, president of HAL Extraction.

Galvin points to the example of UK-based GW Pharmaceuticals, makers of the cannabis-based FDA-approved Epidiolex product used to treat seizure disorders, as one of the leaders in patent approval in its space within the cannabis industry.

The company is, however, the subject of a lawsuit brought by Canadian cannabis giant Canopy Growth Corp. against GW Pharma in U.S. federal court in December last year.

Canopy claims GW Pharma is using Canopy’s own patent-protected CBD extraction method using carbon dioxide, an allegation GW Pharma denies. The lawsuit was filed against GW Pharma on the same day Canopy was granted its patent, according to an article by Marijuana Business Daily.

Canopy has also said GW Pharma had been monitoring the patent family for several years before and was well aware of the reality of its processes infringing upon Canopy’s IP. Canopy is seeking damages for the alleged patent infringement as well as enhanced damages because of the claimed willful violation of the Canadian company’s IP.

While the sector is different, there are similarities with HAL being the most patented cannabis ancillary company in the world of extraction hoods.

“Canopy and GW is a way to frame the discussion,” Galvin said. “It could be that Canopy is looking to GW through the lawsuit for GW to actually then allow a license for Canopy to manufacture the GW product.”

In addition, the Canopy and GW Pharma spat is further complicated by the recently proposed $7.2 billion acquisition of GW Pharma by Ireland-based Jazz Pharmaceuticals, the largest potential deal ever in the cannabis industry.

“That has upped the game – I think there may have been a white knight strategy going on here; GW may have sought Jazz out,” Galvin said. “This certainly makes it tougher on Canopy who are also under some time pressure regarding their patent.”

The Canopy patent is set to expire in 2022, Galvin added.

For now, it appears any threats to HAL’s IP haven’t amounted to a need for the company to pursue legal action.

For one thing, as Galvin points out, the costs of such potential IP violations so far have not been material to the company.

And certainly not worth the cost of hiring a lawyer, which he estimates would cost a minimum of $250,000.

However, new players are emerging in the extraction hood sector and the company wants to increasingly protect its patented technology against such growing threats. For example, the company is taking steps to potentially hire an in-house lawyer to deal with such competitor moves.

“We have two new competitors coming on the scene and we will increasingly look at sending notifications that will preclude using our patent,” he said. “We are upping the ante.”

In addition, buyers of any extraction hoods from such emerging competitors will also be notified of their own liability in using HAL-patented equipment.

“Purchasers would also risk liability and we do want to send a scare to both them and the people selling with a historical liability, re: our IP,” Galvin added. “It’s a case of buyer beware.”

The main issue HAL faces with IP theft is the public disclosure of its technology.

Historically, HAL has provided any technical drawings to potential customers before any equipment purchase, as these are needed for any eventual building and fire code permits.

This usually helps close any deals but there is also a strong Mutual Confidentiality Agreement customers must sign before receiving such documentation to say they are responsible for any files that may end up in the public domain and are still to be kept confidential.

“We have a strong Mutual Confidentiality Agreement that most customers must sign before receiving documentation,” Gladfelter explained. “In many cases, these malicious actors are violating that agreement by reproducing our products and documentation.”

One other potential mitigation strategy to any potential legal disputes for HAL could also be some kind of licensing deal with such competitors, similar to what Galvin sees as a potential eventual endgame by Canopy in bringing the lawsuit against GW Pharma.

“We would definitely talk about a license with a per-unit royalty fee,” he said. “That would be the goal.”

Whatever any eventual outcome of possible legal action by HAL might look like, there could be possible parallels with the move by Canopy against GW Pharma with Canopy using the December lawsuit as potential leverage, Galvin said.

For now, HAL is only focused on maintaining its leadership in the extraction booth industry and will continue to use any legal method to protect that.

“Based upon data from the third party engineers who perform field verifications on our booths, we know that we are the leader in modular extraction facilities,” Gladfelter said. “We fully intend to stay that way.”