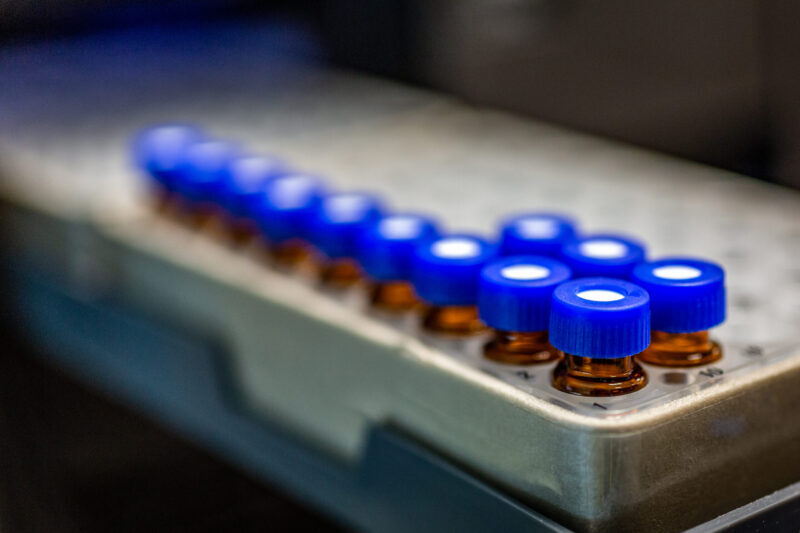 The Science of Delta-8-THC

Delta8, also known as Δ8-THC, is not new to the scientific community. It is simply another of the 150+ identified cannabinoids produced by this amazing plant.

Δ8-THC and its more well-known “sibling” Δ9-THC (as well as other isomers like Δ10-THC) have the exact same chemical makeup: C₂₁H₃₀O₂. What makes Δ8-THC and Δ9-THC different is the location of a single double bond on an aromatic carbon ring. 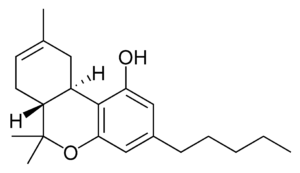 In Δ9-THC, it’s between carbon 9 and 10. For Δ8-THC, it’s between carbon 8 and 9. While this kind of change may seem small and inconsequential, this slight change in chemical bonding can drastically change the overall shape of the molecule enough that it is no longer recognized by the same receptors in the body, or possibly change how much of the molecule can be absorbed.

Such a change could also have the potential to block the receptors of other molecules or even change the shape of other receptors to make them able to bind more to other molecules. It’s these types of interactions that are one theory to what is happening during the “entourage effect” of full spectrum vs isolate cannabinoids and ultimately what could be causing Δ8-THC to produce a different effect than Δ9-THC.

Another potential difference that could be caused by this change in double bond location is the inherent stability of the chemical composition. Some studies have suggested that Δ8-THC is more stable than Δ9-THC and doesn’t oxidize into CBN as easily, but this is based on small scale, chemical analyses from stringently isolated, pure components all performed in scientific research labs.

Most Δ8-THC currently on the market has been created by utilizing an acid such as acetic acid or formic acid that converts CBD into an intermediary compound, which can commonly be Δ9-THC. This intermediary chemical reaction is then neutralized with an alkaline solution containing chemicals like pentane. 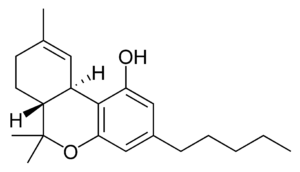 The structure of Δ9-THC

Occasionally the reaction will require a catalyst such as boron trifluoride or magnesium silicate and finally the mixture will then be neutralized with compounds like sodium bicarbonate before the Δ8-THC can be collected from the final solution.

Other methods exist but are usually proprietary intellectual property and competition has prevented many of these methods from being published and scrutinized.

Even so, there are some dangerous chemicals used in this process and even if you end up with 95% pure Δ8-THC isolate, the question remains as to what the other 5% of the composition is.

In that state, and using these methods for synthesis, is this form of Δ8-THC still as stable as previous small-scale, pure crystallization methods?

What kind of degradation occurs and at what synthesis and storage conditions? What trace solvents remain? What is the purity of the chemicals being used by the manufacturer?

It’s these kinds of questions that show a need for continuing research, testing, transparency, and verifiable data to build a clear picture if it is intended to be used or ingested by consumers.

This lack of transparency and uncertainty is causing problems with more than just the consumer advocacy side of Δ8-THC.

Testing labs across the country are having issues with Δ8-THC samples that are purported to be “isolate” or “pure Δ8”, but have drastically elevated levels, above current legal limits, of Δ9-THC.

Current theories to the cause of this disconnect include factors such as the stability and accuracy of manufacturing processes, proper treatment and preparation of samples, the accuracy of testing methods, the proper testing equipment to use, the stability of Δ8-THC with current manufacturing processes and storage conditions, as well as the ever-present problem of the hemp and cannabis industry; unscrupulous, unethical, or unknowledgeable businesses.

Initial studies from the 70s have suggested Δ8-THC has the capacity to reduce tumor size in mice and in the 80s, it was determined to be a slightly less effective bronchodilator than the more “infamous” cannabinoid and closely related isomer, Δ9-THC. While cannabinoid research in the US has never been copious, starting in the late 80’s US research on cannabinoids all but halted.

This led to most research to be performed in other countries, particularly Israel. In the 90s, Israeli researchers found evidence that Δ8-THC helped decrease the symptoms of nausea in pediatric cancer patients.

By the 2000s, other studies linked it to possible increases in appetite as well as having an effect on key neurotransmitters. Outside of these few limited studies, that were never broadly disseminated and mostly only focused on mouse models, no one really cared about such a minor cannabinoid. 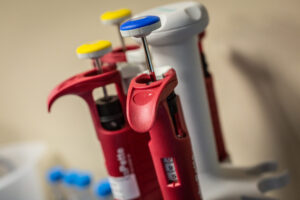 Any research that was performed focused on the much more well-known Δ9-THC/THCA. Any mention of Δ8-THC was relegated to obscure passages on internet forums such as Erowid or rumors that passed like oral traditions in the secret tribes of stoners.

Even after medical marijuana policies and laws were passed by California, later joined by Colorado, Washington, Oregon, and others, this minor cannabinoid remained in obscurity.

Things changed with the passing of the 2018 Farm Bill, and with it, hemp production in the U.S. country exploded. This increase in cannabis cultivation across the country began a new renaissance into the exploration of the effects of the lesser-known cannabinoids as growers, processors, and consumers all began “chasing cannabinoids” in the hopes of finding the “next CBD”.

As the market became flooded with CBD products of all kinds and prices began to drop due to the oversupply some people began to convert their excess CBD into Δ8-THC which still mostly unknown and selling at 10 or more times what CBD could be sold for. Since Δ8-THC is not technically mentioned in the controlled substances act but has been historically included in it by the DEA, these entrepreneurs were counting on a technical reading of the 2018 Farm Bill. 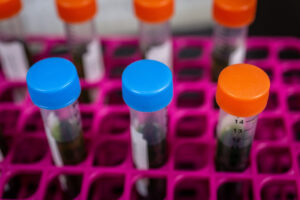 As this Δ8-THC was derived from now legal hemp, it was seen as a way to get a euphoric high without violating Federal law. But is it in fact legal? The DEA has held a particular position on this, which was most recently clarified in the publication of their Interim Final Rules for Hemp where it states that “synthetic cannabinoids” are also considered to be marijuana and are controlled substances.

This means that according to the DEA and US law enforcement, Δ8-THC is still a Schedule 1 Controlled Substance, and as such, is not legal in any way in the United States.

This is where all the confusion started. Who has ruling or legislative authority over this? Does the 2018 Farm Bill supersede the Controlled Substances Act?

What constitutes “derived” vs “synthesized” as a legal definition? Attorneys, CEOs, journalists, analysts, “Average Joes” and “Karens” from Facebook have all weighed in with their opinion, but to date no one has brought any of these “theories” before the court and until then current precedent would most likely stand with the DEA’s ruling. As of late spring 2021, many states have begun banning Δ8-THC entirely rather than deal with the confusion.

Others have simply absorbed it into their current medical or recreational cannabis infrastructure by relegating it to licensed cannabis facilities under medicinal or adult-use laws. The inability or unwillingness of the government to address the issue at the federal level has the same effect as current cannabis regulations be it hemp or marijuana. 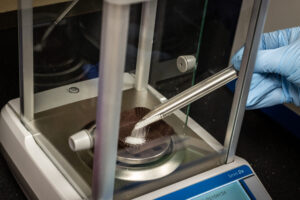 For example, in Florida, you can go buy Δ8-THC products at most any roadside gas station, and since it’s being produced under the current patchwork of hemp cultivation laws, the only safety compliance or quality control testing requirements are that it contains less than 0.3% Δ9-THC.

This is compared to the state of Kentucky, which has completely banned Δ8-THC in all forms.

So, is this the beginning of the end for Δ8-THC? That’s not very likely. Any number of factors would lead to the conclusion that Δ8-THC and other isomers are likely here to stay but will probably be regulated.

Deschedulization of THC seems like more and more of a fast-approaching reality, rather than the distant pipe dream it has been for decades. The DEA is currently in the process of expanding access to marijuana for more research.

As more cannabinoids are researched and more clinical data is available, more isomers like Δ8-THC will likely be utilized. Considering that more states are enacting regulations that require safety testing for hemp and CBD products, it is far more likely that Δ8-THC will see similar regulation and continue to be produced and sold, even though it is recognized as a psychoactive compound.

That being said, the current flood of Δ8-THC products on the market very well could be a fad that has been fed by the recent price collapse of the CBD market that has thousands of growers, processors, and manufacturers of CBD trying to use up their back inventory of CBD and try to get a better price for it as Δ8-THC.

What is the Difference Between Flavonoids and Terpenes?

You may have heard about the compounds within the cannabis plant that give it smell, color, and taste but...