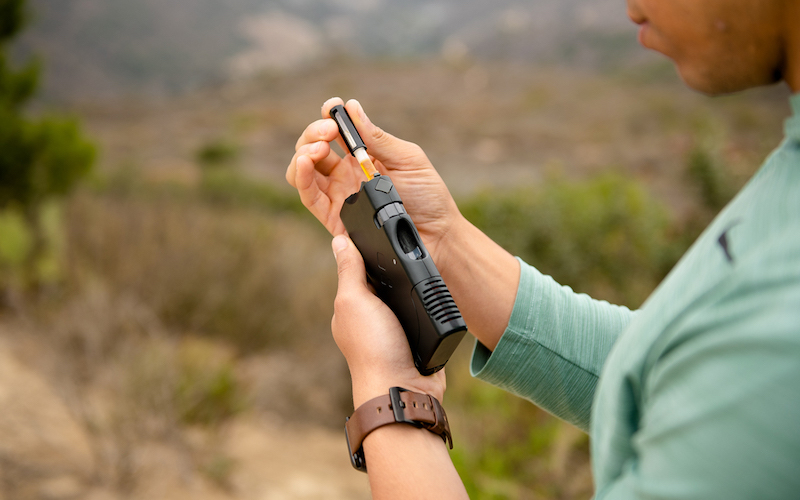 Gofire CEO Peter Calfee started his business with the intention to create a dose-regulated vaporizer. More so, an inhaler which could give patients and recreational users consistent results. It sounds simple, but its implications are vast. 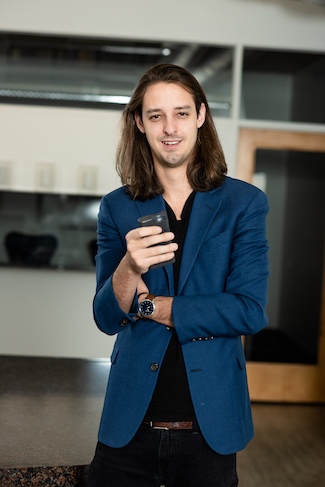 During this exclusive interview, Calfee shared part of the conversation he had with his business partner John Woodbine prior to starting the company: “[Woodbine] said, ‘I think the biggest problem is the amount of fear around overconsuming.’ Again, the patient who’s looking for just enough to make their headache go away or allow them to get through the day, but they don’t want to be bombed in front of their kids… That conversation really made me feel like we had a moral obligation to figure out how to create the ability to quantify one’s consumption and enable that control.”

The surprise for both Calfee and Woodbine is how their technology would enable clinicians to study patient interactions, dosing, and efficacy with the most accuracy of any delivery method ever created.

Calfee shared, “From the clinical environment, what we didn’t realize as we were developing it, and what was a pleasant surprise, is that for clinicians within the space who are trying to do clinical research, there’s no way to create a study where you have absolute control over the variables without the GoFire Health Suite.”

The innovation is within the technology itself. Calfee explains, “The first thing we set out to do, I have to give the credit to John here, is this concept of physical extrusion. When we talk about a dose, what we’re talking about is actually how our cartridges work… Essentially, it’s a threaded syringe. We actually do a physical extrusion of product out the nozzle of that cartridge into another chamber where we’re vaporizing that product.”

But, each cartridge may have different compounds available in variable amounts. That’s why they made their cartridges communicate with the inhaler and with the accompanying app.

All of this data, as well as the Gofire app itself, create a platform for clinicians to see the results of the dose they’re prescribing. Calfee describes the revelation: “[the clinicians] have absolute control over all of the variables because of this connected drug delivery mechanism that does not allow for human error or human influence over the usage trends… We’re able to tie that to efficacy and outcomes. It provides a platform for the clinical researcher that’s a full service clinical oversight platform allowing them to create systems, studies, and build clinicals that can be set up to be peer reviewed.” 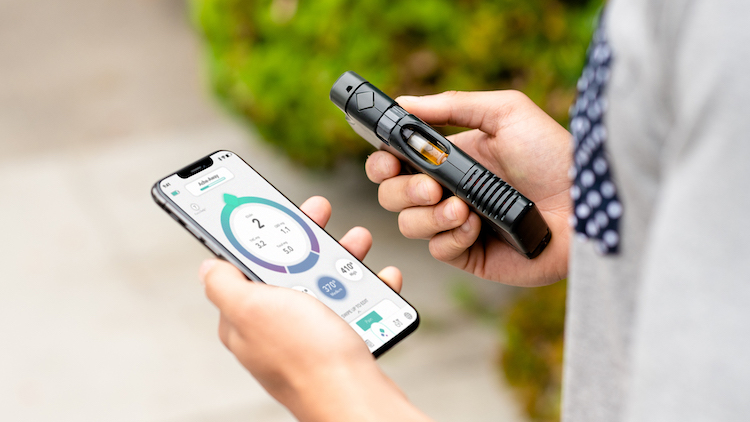 Gofire’s app allows for simple control over their vaporizer.

That “peer reviewed” bit is important. It means for the first time, researchers have a tool for creating precision, repeatable studies on cannabis. In Calfee’s words, “If you go do that same study, you’re going to see the same results. That’s research, that’s science, and that’s peer reviewed. We need that for these studies to be adopted and utilized in reference in mainstream medicine.”

Calfee often talks about creating a “shot glass for the industry,” a consistent means of measurement for cannabis of all varieties. In his words, “That’s the ability to quantify your consumption and understand the unit of measure associated with how much you’re taking into your body so you can create repeatable results, so you can avoid repeat, bad experiences. That’s what we want to enable at Gofire with this delivery mechanism.”

When I asked Calfee what he wished he would have known when he entered the industry, he quoted his father, “You need to think bigger.” Calfee realizes now that when he first began his journey with Gofire, it was about creating that “shot glass,” but now that he’s seen the impact of the tool, he’s thinking bigger. This technology could revolutionize healthcare as a whole, not just for cannabis.

If clinicians had a tool like this for opioids, for example, the overseeing clinician would have a platform to see how patients were using the medicine. Were they taking too much, taking it too often, skipping doses? It may have prevented some of the 17,000 deaths caused by prescription opioid overdoses in 2017.

Perhaps it’s worth mentioning why this is such a personal mission for Calfee. When he was 24, Calfee was paralyzed from the waist down in a devastating car accident. He was sent home with, in his terms, “a trash bag full of opiates,” and told to take them “as needed” every four hours for his shattered spine.

He quickly developed a tolerance and began taking more to achieve the same results. His company needed him but the work was impossible thanks to his prescription drug-induced haze.

He asked his doctor to help him wean off. Calfee shared, “I used the very first prototype to essentially create a regimen for myself. That’s what allowed me to quickly get off of the opiates and build Gofire. Gofire was essentially built on the back, no pun intended, of this concept of consistency, control, and alternative medicine.”

Calfee is taking his father’s advice and thinking bigger, much bigger. He shared his ambitions in no uncertain terms, “What I’m trying to do is fix medicine, is fix how we interact with the healthcare systems. I think that these are inherent flaws. I think that it took me years of playing within this industry to realize that a lot of the systems and tools that we were building do not stop in alternative health. This is a pilot for a far greater, far more impactful mission, which is, how do you fix the healthcare system in America? It’s broken, we know it.”

That’s a mission that, whether one is interested in cannabis or not, we should all support.

Why is Cannabis Use Gaining Traction With Pro Athletes?