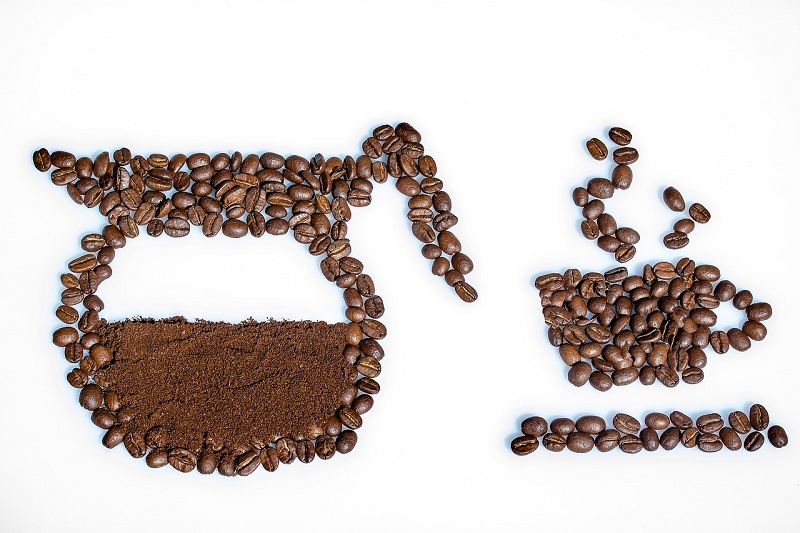 “Don’t talk to me until I’ve had my coffee.” It’s a phrase that’s become an anthem among caffeine addicts, something that’s been printed on merchandise and even recited in commercials.

The phrase itself is reflective of our coffee-obsessed society. In fact, a recent survey found that 64 percent of people in the U.S. will drink at least a cup of coffee every single day. To put that in perspective, only about 20 percent of Americans get the proper amount of daily exercise.

Well, as much as coffee has become a daily part of many people’s routines, CBD is becoming yet another supplemental way to improve daily life, helping to combat everything from anxiety to muscular pain. According to Statista, U.S. CBD sales hit $512.7 million in 2018. So what do all these fancy stats and numbers mean? Well, they partially mean that I needed to pad out my word count for this article. But the numbers also show that Americans love both coffee and CBD. And, in a country that’s crazy enough to combine pineapple and pizzas (sickos!), it makes sense that CBD and coffee are coming together.

In addition to being the best of both worlds for coffee lovers and CBD lovers alike, mixing CBD and coffee appears to offer a major benefit: all the energy, none of the jitters. However, there’s still not one concrete reason as to why this is. One current hypothesis for this has to do with the major effects the two substances have on the nervous system, specifically regarding the chemical adenosine – a cerebral and nerve sedative that promotes sleep and gradually increases each hour throughout the day.

Interestingly enough, caffeine blocks the brain’s adenosine receptors, while CBD can delay the neuron’s capability to “re-uptake” adenosine, which reduces inflammation and keeps you awake for longer periods of time. While it might then sound strange that the substances interact with our body this way, neuroscientist Leigh Winters says, “The answer likely lies in the fact that our rather basic understanding of the brain’s neurotransmitters really just scratches the surface of a much more complicated picture. Our brain’s pathways are never really all that straightforward.”

While adding a few droplets of the substance into your caffeine drink is one method, CBD-infused coffee is also beginning to gain popularity. For example, Strava offers a number of different CBD coffees, including lines specifically for maintaining focus or calming oneself. Even local coffee shops are jumping on the bandwagon, with Hunter Bay Coffee Roasters in Arvada, CO serving beverages from infused coffee beans.

Personally, I’ve recently found myself combining some CBD tinctures with my morning cup of Joe to positive results. I feel relaxed (yet still focused) and ready to tackle a new day. Needless to say, don’t talk to me until I’ve had my CBD-infused coffee.