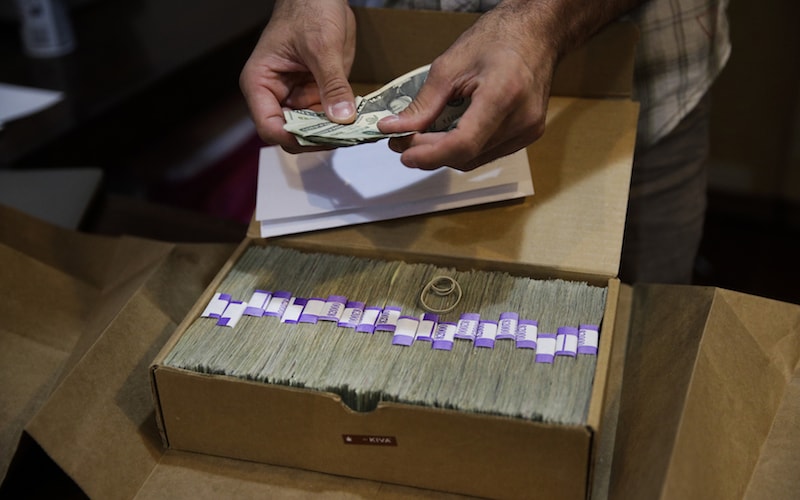 California would likely lose money and face insurmountable federal hurdles if it tried to create a state-backed bank for the marijuana industry, according to a report released Thursday, December 24, 2018, by the state treasurer.

The report puts an end for now to hopes California could find a way to get around banking hurdles for marijuana businesses as the state’s recreational market concludes its first year in operation. A working group launched by state Treasurer John Chiang commissioned the study by a San Diego-based firm in January. State lawmakers rejected legislation for a state-backed bank earlier this year.

Chiang used the report to blast the Trump administration for cracking down on marijuana even though 33 states have legalized it for recreational or medicinal purposes. It remains a Schedule 1 drug under federal law.

“While today’s announcement may not lay out the path some of us had hoped, it did reinforce the inconvenient reality that a definitive solution will remain elusive until the federal government takes action,” Chiang said. “They must either remove cannabis from its official list of banned narcotics or approve safe harbor legislation that protects banks serving cannabis businesses from prosecution.”
Many banks are nervous about running afoul of federal law by doing business with the industry, although some work with marijuana-related businesses. That forces pot businesses to deal in large sums cash, a potential security risk.

California voters legalized recreational marijuana for adults in 2016, and the recreational sales industry launched January 1 of this year. Chiang created a working group of banking, cannabis, and other industry and government representatives to address conflicts between state and federal law. The group commissioned Level 4 Ventures to conduct a study on a state-backed bank’s feasibility.
Creating a state bank would likely waste taxpayer money, require $1 billion in capital investments, and wouldn’t become profitable for 25 to 30 years. If federal law changes during that time, or if existing private banks decide to take on the risk of working with the growing cannabis industry, the need for California’s bank would disappear.

Public banks are rarely successful, the report found. Just two exist, in North Dakota and American Samoa, and neither was created to deal with the marijuana industry.”The only effective long-term solution involves legislative and regulatory changes at the federal level to allow the legal banking of cannabis related funds,” the report concluded.

The report recommends California designate a state agency to help improve how the state handles cash-based tax and other marijuana-related payments, lobby for changes to federal law and encourage existing private banks to work with cannabis businesses.

Surna Announces its Largest Contract Yet