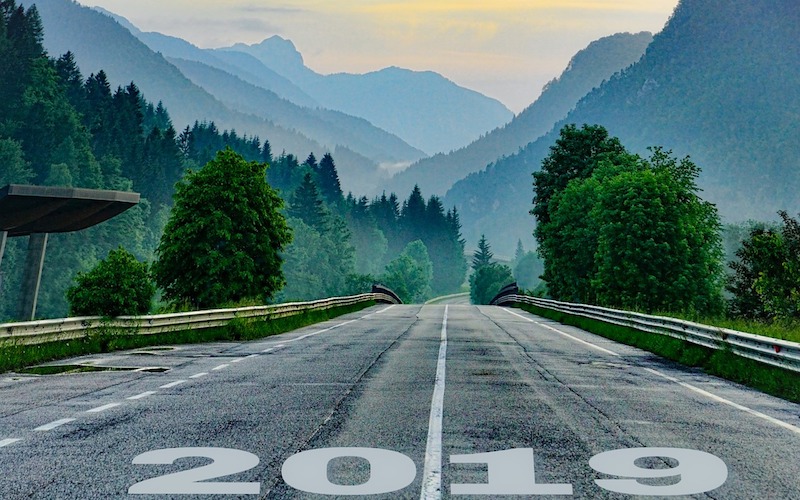 Cannabis had a big year. Besides the obvious win of Canada legalizing recreational marijuana in 2018, the substance experienced a number of victories. Early in the year, Vermont approved a legalization bill, making it the first state to enact legalization via lawmakers instead of a ballot initiative. Additionally, three red states (Utah, Missouri, Oklahoma) voted to legalize medical marijuana. And those are just a few examples.

Looking ahead to 2019, the victories may continue to pile up in the cannabis industry. Here are seven predictions that show how cannabis might flourish in 2019.

The House of Representatives is now controlled by Democrats, many of whom made legalization a mainstay of their campaign. In 2019, it’s likely that we’ll see increased discussion about legalization on a federal level, and possibly even proposed bills. In fact, Representative Earl Blumenauer (D-OR) has even laid out a step-by-step plan to end cannabis prohibition in 2019.

In a 2018 memo to House Democratic Leadership, Blumenauer stated, “Congress is out of step with the American people and the states on cannabis … We have an opportunity to correct course if Democrats win big in November. There’s no question: cannabis prohibition will end. Democrats should lead the way.”

The plan consists of incremental fixes, drawing the U.S. closer to legalization, while putting pressure on the Republican-controlled Senate. He hopes that the plant will be made legal by the end of 2019: “Marijuana will be legal at the federal level, and states allowed to responsibly regulate its use. The federal government will not interfere with state efforts to responsibly regulate marijuana use within their borders.”

2018 saw the onset of cannabis companies going public. Tilray became the first cannabis company to be listed on the NASDAQ in 2018, followed by the likes of Cronos and Aurora. Cannabis companies that went public have been riding a stock market rollercoaster, watching some stocks skyrocket while others plummeted.

With the passage of the Farm Bill in the U.S. and the continued growth of the cannabis industry, there are a number of major players in hemp and ancillary companies that could go public this year.

Pax, likely one of the most popular vape manufacturers in the U.S., was valued at around $5 billion in October 2018. While they are cannabis-adjacent, they don’t actually touch the plant in their production, which would allow them to list on a major exchange. Another ancillary company that could go public on a major U.S. exchange is KushCo, which manufactures cannabis packaging products. In fact, CEO Nick Kovacevich told Market Watch that they were planning an IPO for the first half 2019.

Another ancillary industry to keep an eye on would be data collection. Industry leaders are hungry for market intelligence and there are some major players coming up in the cannabis data industry. For investors, the cannabis market will be one worth watching, as companies will continue enter the public sphere.

2018 saw the end to Jeff Sessions’ cannabis crusade as he left his position as Attorney General. However, in some cases, the enemy you know is better than the enemy you don’t, and it’s hard to predict how William Barr, who is up for confirmation in mid-January 2019, will handle the industry.

In the 1990s, when he held the same position under George H. W. Bush, Barr took a hard stance against drug offenders. Additionally, in a op-ed piece in November, Barr praised Sessions’ work as Attorney General, but did not mention anything about his stance on marijuana specifically.

While Barr might continue to have a “war on drugs” mindset, it’s unclear how he feels about cannabis specifically. This is information that will likely be discussed during his confirmation hearings in January.

However, there are some experts that think Barr wouldn’t continue Sessions’ crusade against cannabis. In an official statement, NORML Political Director Justin Strekal claimed, “With every move by the Department of Justice facing intense public scrutiny, maintaining Jeff Sessions’ policy of reefer madness would be self-defeating … In 2018, five states legalized either the medicinal or adult-use of marijuana, making the total number of states out of compliance with the Controlled Substances Act now 47. It would be utterly absurd for William Barr or any agent of the Department of Justice to take any action against these state-sanctioned and operational programs.”

Cannabis research will take major strides in 2019. In the past, political barriers and stigmas have suffocated research, but as those walls come down, research will be able to expand. Thanks to the passage of the Farm Bill, research pertaining to hemp will especially skyrocket.

The 2014 Farm Bill allowed a small number of businesses and universities to undertake limited hemp research, and that number is sure to rise as demand from mainstream hemp and CBD companies grows.

Research into cannabis and THC may happen slower, but this, nonetheless, is a step in the right direction. Efforts to pass medical marijuana research bills have been unsuccessful for now. However, research into hemp and individual cannabinoids will give industry leaders a better understanding of how certain treatments work.

As CEO of Wana Brands Nancy Whiteman told Green Entrepreneur: “As a result of a more open regulatory environment, we will also see increased research, which will drive innovation. The passage of the Farm Bill, which will open up the CBD market in 2019, will help accelerate research that will support cannabis overall. As we start to uncover the power of each specific cannabinoid, we will see more targeted treatment through very specific combinations of these cannabinoids.”

With improved research and business opportunities, 2019 will see new and innovative products across the board. As accessibility grows and new users are looking to try the substance, the cannabis industry is expanding out of just flower. Vape pens and edibles are becoming more popular for both amateur and veteran consumers alike.

Plus, with companies like Constellation Brands (owner of Molson Coors) and major tobacco brands like Altria (owner of Marlboro) turning their attention to cannabis, it won’t be long until this kinds of products hit the mainstream.

Products will also become more specified as terpene profiles become better understood. Rather than the broad categorizations of the past like indica and sativa, 2019 products will have more specific uses.

Additionally, CBD products will likely become more popular and might even get over-the-counter status, barring the approval of the Food and Drug Administration. People will all kinds of ailments may start to use CBD products to treat themselves.

#6 The Year of Hemp Commences

One of the most groundbreaking victories of 2018 came in the passage of the Farm Bill which officially legalized hemp on the federal level. Going into 2019, this will give the hemp industry the opportunity to really flourish.

Now, the door is open for major brands to enter the cannabis industry (as long as the THC content of their products is less than 0.3 percent). This is a major win for entrepreneurs as it could open a channel to accessing public markets and other financial tools that have previously been unavailable.

At the same time, the U.S. Department of Agriculture and the Food and Drug Administration need to establish how they want the THC levels to be regulated and how cannabinoids can be incorporated into consumer packaged goods (i.e., skin creams, candy bars, infused beverages).

2018 was all about Canada, but in 2019, the focus might shift south to some key Latin American countries. “Colombia and Mexico are poised to establish their global dominance in short order, which leads to my prediction that cannabis will soon become a very valuable, sizable addition to Colombia’s legal agricultural exports and local economy,” claimed CEO of MJFreeway Jessica Billingsley.

Uruguay already legalized recreational marijuana (even before Canada did) and Colombia and Mexico are looking to follow. Colombia has one of the most sophisticated medical cannabis frameworks in Latin America and their year-round ideal climate creates a competitive advantage for their cannabis industry.

Mexico, too, is looking to legalize adult-use marijuana in the first half of 2019. According to MJBizDaily, “Mexico’s move to legalize medical and recreational marijuana could create a market ‘at least three times larger’ than Colombia’s, according to industry executives and analysts, who do not expect the proposed law to see significant resistance from lawmakers.”

In late 2018, Olga Sanchez Cordero, who will serve as interior minister in the incoming president’s cabinet, filed a bill (the General Law for the Regulation and Control of Cannabis) to legalize the substance in all of its forms. The legislation could turn Mexico into a catalyst for building cannabis businesses.

Why These Edibles Activate Quickly and Offset Predictably