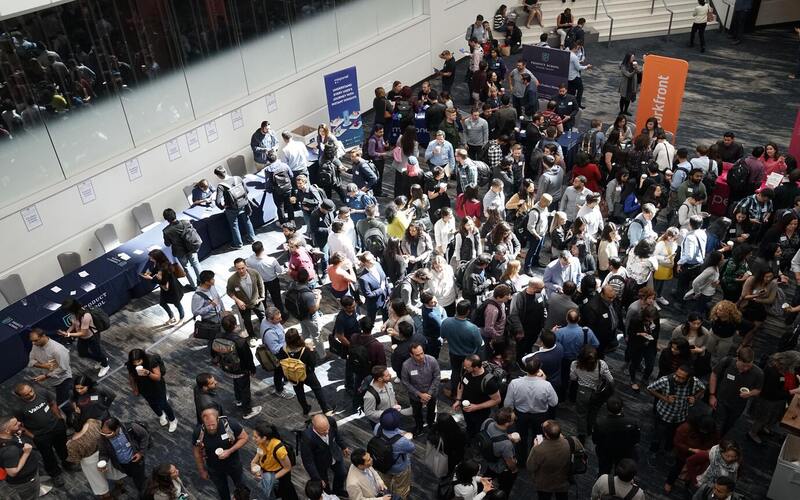 The following day, social media reports of the feds raiding the venue started cropping up. Various vendors began posting that the officers ordered the attendees to wait outside while they inspected the scene.

The Champs trade show is highly regarded as a decent show to attend if one is looking for “glass,” pipes, bongs, and other smoking accessories. Think of it like a conference center containing an enormous head shop with networking, advocacy, and education thrown in.

As a result of yesterday’s occurrence, plainclothes police officers (“undercovers”)  are walking the show floor today while its vendor booths are currently being searched for any Delta-8 THC and similarly prohibited products.

According to TheBlackListxyz’s Instagram page, the scenario unfolded when a vendor gave a prohibited, clandestine sample to the State’s Attorney General unknowingly. Providing samples to the show’s attendees is against the rules.  As a result, some vendors were asked to vacate the premises.

Big Mike, the founder of popular nutrient products for cannabis cultivators, Advanced Nutrients, posted the following on his Instagram: 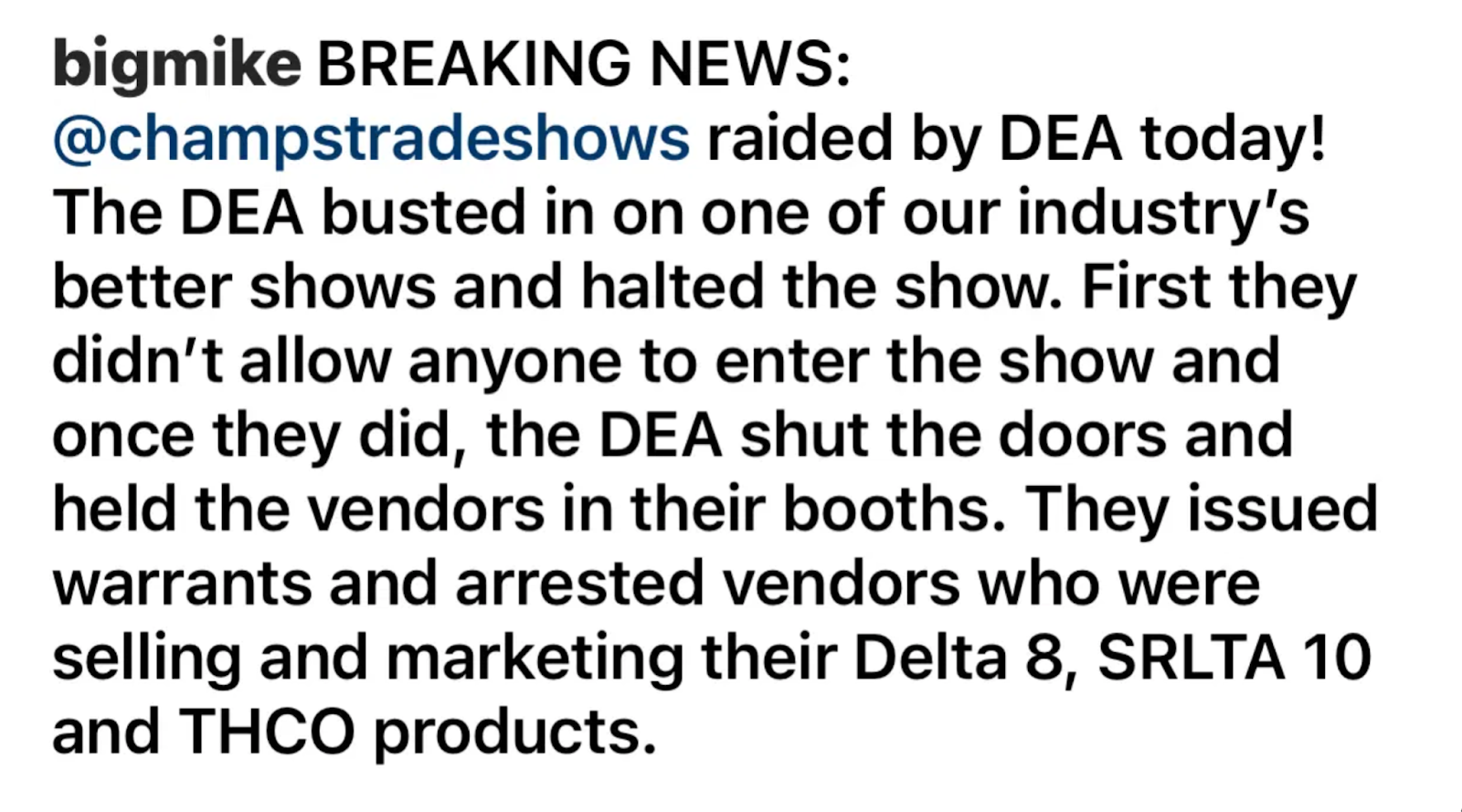 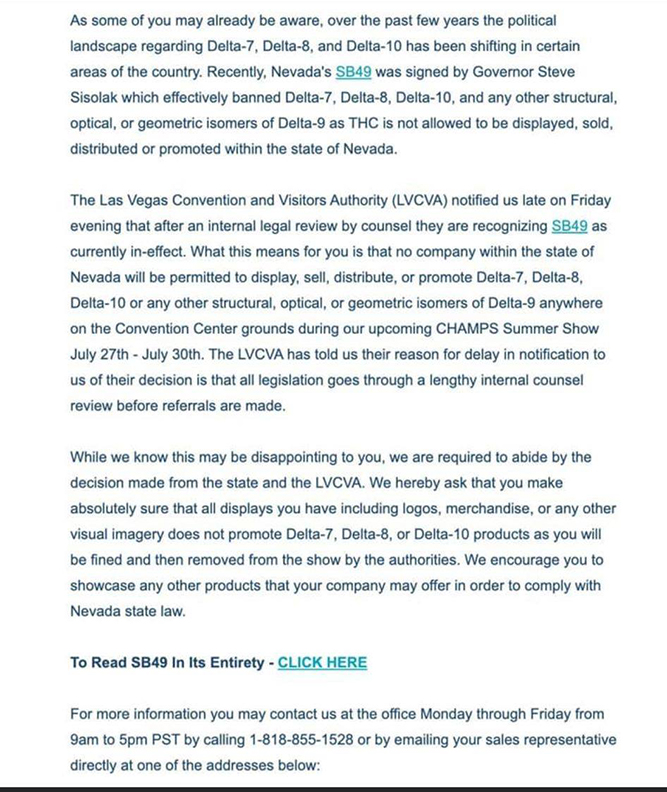 Cannabis community member Ben Owens posted videos of an organizer advising everyone at the event to ditch or hide their illicit stash of Delta-8 on Twitter. Additionally, no advertising or promotion of the cannabinoid is allowed on banners or booths.

According to a representative for Champs, Delta-8 wasn’t what caused the temporary shut down of the event.

“The ‘Hot Sample’ giveaway to the AG was close to the truth, but the AG wasn’t there and the sample being hot or not wasn’t the issue. To make sure of our compliance with the Delta-7, Delta-8, and Delta-10 bans, the executive team of the Las Vegas Convention and Visitors Authority (LVCVA) did a plain clothes walk-through with buyer badges to check enforcement of the rules on day one. No one gave them D7/D8/D9/D10, but a vendor did give a member of the executive team from the LVCVA a sample of gummies. We do not know whether they were infused with CBD or not as that was not brought up to us. We do know, however, that it was a CBD company (not a D-8 company) and gummies caused the problem.”

Despite the interruption, the trade show at the Las Vegas Convention Center was allowed to continue. The event is scheduled to wrap up on July 30, 2021.

The Nevada district attorney could not be reached for comment.

Champs also pointed out that “Delta-8 will be allowed at our Atlantic City, New Jersey event at the end of the month, and we anticipate no problems over there.”