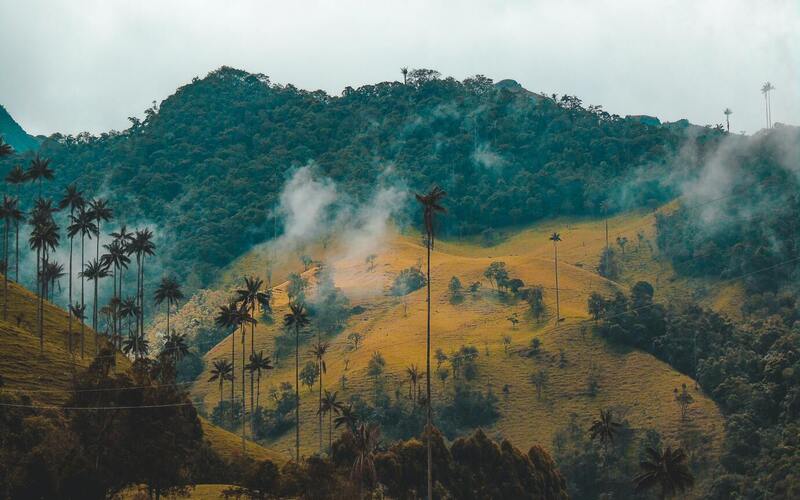 Colombia gave the go-ahead for exports of dried cannabis for medical and other industries. The Latin American country took another step to develop its marijuana industry, where progress has been slow despite its high potential.

After initially being strongly opposed to legalization, President Ivan Duque signed a decree lifting a prohibition on exporting dried cannabis flower. Investors see this move as crucial to the expansion of the industry.

According to Reuters, the directive also allows for expanding sales of cannabis-based medicines and streamlines regulatory procedures.

A timeline for implementation has not been announced yet by the government.

Although there is a legal framework for the cultivation, extraction, manufacture, and export of cannabis-based products established since 2017, there are still many gaps in the current legislation.

The State has focused efforts on the sanction of users. In fact, according to Seedsman, the government of President Ivan Duque has been outspoken in favor of prohibition.

In 2018 a decree was passed by the president that bans the possession of small amounts of marijuana and cocaine in public, allowing authorities to confiscate the drugs and impose fines: the result, more arrests for possession and an increase of violence within the cities.

Despite the glaring governmental contradiction, legalizing medical flower export  may be a big step toward fuller legalization and the normalization of cannabis use in Colombia. However, there is still not an established medical marijuana market within the country.

While Colombia has been hailed as a pioneer in Latin America in regulating the possession, production, distribution, commercialization, and export of seeds, plants, and substances derived from cannabis – such as oils, creams, and extracts for medicinal purposes – investors have long complained about what they say is a tortuous export-approval process, according to Reuters.

“This means Colombia can enter to play a big role in the international market,” President Duque said after signing the decree. Adding the new rules would allow Colombia’s cannabis industry to expand into food and beverages, cosmetics, and other sectors, Reuters reports.

Duque optimistically predicts that Latin American cannabis exports could be worth $6 billion.

“Lifting the prohibition on exporting the dry flower will start a regulatory process which we hope will be performed in great detail, to the highest international standards,” Juan Diego Alvarez, vice president of regulatory issues for cannabis producer Khiron, told Reuters.

In countries where the medicinal cannabis industry has more mature regulation, like the Czech Republic, the United States, the United Kingdom, Germany, and Israel, dried cannabis is the most developed market sector, accounting for more than 50% of all sales.

“Colombia is ready to change its narrative through the positive development of an industry that can help millions around the world,” says Silvia Muñoz-Campo, Co-Founder of Pontemverd SAS, (Pontemverd is Catalan for Green Bridge) in, Repelon, Atlantico, Colombia.

“In the past, not having the possibility to export (cannabis) flower added extra financial burdens to the cannabis entrepreneurs who are starting in this young market.

Being able to export flower finally is positive news for the small and medium cannabis producer who views it as an opportunity to ensure the expansion of the market, while simultaneously creating jobs in a country that the war on drug heavily impacts,” Muñoz-Campo continues.

“Within the guidelines of the previous legislation, if you wanted to export, you had to spend/invest approx $900K in developing, extracting, and exporting the oil products.

“Now that licensed cannabis companies have the right to export dried flower, cultivators may determine whether or not they want to invest in on-site extraction laboratories. Before farms were forced by the legislation to extract oil to export,” elaborates Muñoz-Campo.

There hasn’t been any commercial export of marijuana for non-scientific/research purposes for the past two years. After investing money in a license, the only way to export was by processing cannabis into oil.

While the companies are willing to export for other reasons, the government was not receptive. The Colombian government allowing the export of flower for medical purposes opens up another avenue in the global marketplace.

It makes it easier for smaller to medium cannabis cultivation companies to compete in a market initially designed to cater to larger companies with deeper pockets.  In short, the move is interpreted by some to democratize and level the playing field. Colombia will cover medical cannabis products within their health insurance systems as well.

Federal Cannabis Decriminalization on the Horizon