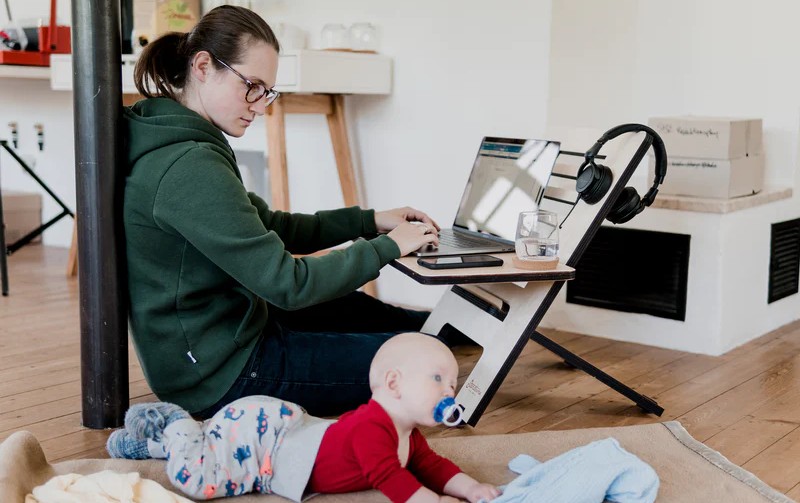 Parenting is never an easy task — and that’s been true since the beginning of time.

Raising a kid isn’t a job that can be taken lightly, and that only adds more stress to the situation.

Because CBD has become a very popular home remedy lately, it is worthwhile to ask if it is suitable for working moms to keep CBD in the medicine cabinet.

For several reasons, the answer is a definite yes. Here are some of them:

Every mother gets stressed from time to time.

And working moms can have a particularly hard time with this.

When you are trying to balance the needs of both a family and a career, it is perfectly natural to be a little neurotic.

However, at the same time, this can cause a lot of friction within the home.

It also interferes with your ability to live a happier life.

As neither of these things is likely to be acceptable to you, CBD might be a handy thing to keep around.

To put this idea to the test, we should look at the most extreme form of stress, and that is PTSD.

PTSD, which stands for Post-Traumatic Stress Disorder, is a condition that normally affects people who have gone through something horrific.

Veterans returning home from wars will often be affected by PTSD for the rest of their lives, so it’s a serious problem.

According to this study, however, 91% of PTSD patients saw improvement in their conditions after being treated with CBD.

You don’t want to underestimate the problems that can be caused by excessive stress.

In the short term, it can result in a lot of screaming, arguments, and conflict in general.

In the long term, it can cause a person to mentally break down and do things that they would never do otherwise.

CBD Acts As A Sleep Aid

Lack of sleep is one of the things that can complicate stress and make it far more crippling than it would normally be.

When the body needs to rest, but cannot, it naturally produces a lot more cortisol.

Cortisol is a hormone that the body produces when under stress, and which is usually used as a marker for a stressed-out state.

Although CBD does not give you the “high” of the Marijuana plant, it does still produce a calming effect.

This calming effect is one of the main reasons that hemp smokers enjoy a hemp cigarette in the evenings.

Like a glass of warm milk, it makes a good nightcap.

We found a study that seems to confirm this, although it does say that more research is needed.

Nevertheless, the patients in the study reported better sleep and less anxiety after dosing with CBD.

For new parents, it is common to wake up several times each night to tend their baby.

Thus, it becomes a lot harder to get the deep and restful sleep that is so important.

When the mother is awakened by the loud cries of a baby, those stress hormones (like cortisol) can make it very hard to return to sleep.

CBD is one thing that can help lower those hormones and help you get back to a restful slumber.

This benefit is a little bit surprising because marijuana is known for giving people “the munchies.”

Obviously, that isn’t good for those with a weight problem.

However, it seems that these hunger-inducing effects come from THC, the psychoactive ingredient of the cannabis plant. CBD, when used alone, tends to have the opposite effect, acting as a hunger suppressant.

The human body has a series of receptors called the Endocannabinoid System, and all cannabinoids (like THC and CBD) act upon them.

These receptors are part of the body’s signaling network, sending instructions to different bodily systems.

As it turns out, metabolism and satiety (the feeling of fullness) are two of the things governed by these receptors.

For many mothers, weight gain is a serious problem.

This comes from a combination of factors, with one of them being the need to gain weight during pregnancy.

The stress and strain that often come with motherhood are also factors, and all of this can result in a situation of poor health.

CBD can help with this because it slows the conversion of food into energy.

Thus, the body is less likely to feel hunger, which makes it easier to shed that postpartum weight gain.

There are a lot of ways in which CBD can be useful, and working mothers definitely need CBD to lead a healthy life.

Stress and lack of sleep are two side effects that come from the life of a working mother, and these things need to be controlled.

CBD is one of the things that can help to bring the situation under control again.

3 Tips for Partnering With a Hemp Inspection Lab

Vegan Edibles for an Eco-Friendly High

The Not-So-Definitive Guide to Delta-8-THC