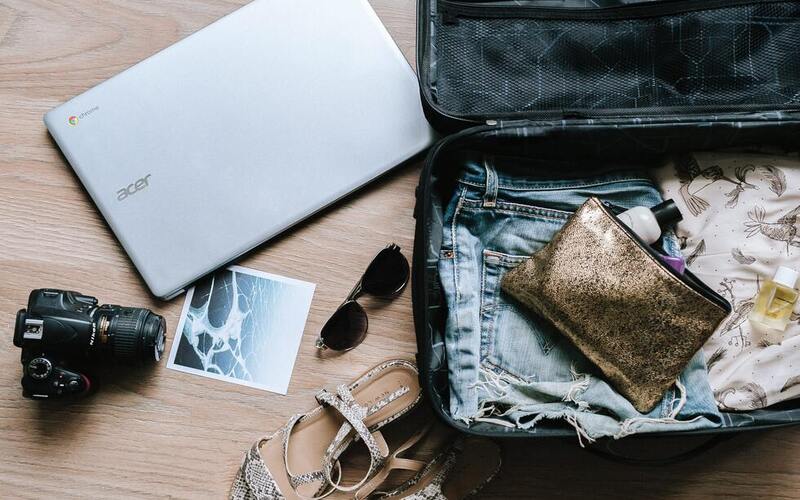 As a growing number of states legalize adult use, including New York, New Jersey, and Virginia, they’re turning much of America into a playground for weed-loving tourists.

The coronavirus pandemic flattened the tourism industry in 2020. But hoteliers, restaurateurs, and bartenders are hoping for a summer comeback.

Legal states like California and Colorado, which have had time to develop fledgling industries in cannabis tourism, are well-poised to cash in on tourists with a taste for something they can’t get at home: legal marijuana.

Entrepreneurs in states where legalization is just starting to take hold, like New York, have a lot to learn from the states that pioneered legalization and have had time to set regulations and develop markets.

Tourists from prohibition states, like Texas and Idaho, and prohibition countries, like China and Japan, have an ever-widening landscape of cannabis-friendly states to visit.

States that are legalizing adult use can expect to attract pot tourists, who flocked to early adopters like Colorado, California, and Nevada, shortly after they legalized recreational cannabis.

Selling cannabis to out-of-staters can be lucrative.

Some dispensaries in Las Vegas receive 60% to 70% of their revenue from tourists, he said.

What New York Can Learn From California

He said that other states could incorporate cannabis into their existing tourist features. “In a place like New York, it’s going to feel different than a tour in California,” said Pinho. “Remember the plant is always the star of the show.”

Legalization has led to different sorts of businesses that could cater to tourists.

Heidi Keyes, an art teacher in Colorado, was smoking pot with her friend one day when she came up with the idea for Puff, Pass, and Paint: art classes for cannabis-smoking students.

“I started a couple of classes as a joke, and they filled up right away,” said Keyes, who has expanded to 13 cities including New York, Boston, and Washington, DC. “It’s going to grow from here on out, which is fantastic.”

Cannabis tourism in California and Colorado could serve as a template for New York, according to David Holland, executive and legal director of Empire State NORML, a pro-legalization organization, and co-founder of the NYC Cannabis Industry Association.

Like with Emerald Farm Tours in California, he said that visitors to New York could go on farm tours upstate while taking in Niagara Falls, the Finger Lakes, and the Adirondacks.

Bong Hits in the Big Apple … But Where?

It is easy to picture tourists flooding into New York City because they’re already there. Iconic tourist meccas like Times Square, Broadway, and the Statue of Liberty are coming back to life, and the city’s restaurants and museums are fully open this summer.

But what will the busloads of international visitors do after they’ve visited their first dispensary?

Puffing on a street corner or eating edibles in their hotel room might not be the full experience they’re looking for, and it’s a lost opportunity for local businesses.

Allan Gandelman, a hemp farmer and president of the New York Cannabis Growers and Processors Association, wants to obtain a cannabis license so he can open a consumption lounge at his business Head & Heal in upstate Cortland.

He said that tourists would “enjoy the views, smoke a joint, eat a doughnut, and then go for a walk picking blueberries or hang out by the pond.”

But this depends on whether New York lawmakers allow for on-site consumption.

Legalization in America has not left a trail of Amsterdam-style coffee houses popping up in its wake.

Regulators in California, Colorado, and Nevada have been slow to allow on-site consumption.

New York has a lot to learn from Nevada, which legalized adult use in 2016.

Las Vegas is one of the few U.S. cities that can compete with New York as an international tourist mecca.

Nevada is one of the most permissive states in the country, with regard to gambling, guns, cannabis, alcohol, and prostitution.

But Nevada, famous for its casinos, has been leaving money on the table when it comes to cannabis. Like its predecessors, California and Colorado, the state was slow to allow on-site consumption.

As legalization unfolded, tourists were spending money in dispensaries and then getting high on The Strip, instead of the casinos and restaurants.

Kellen O’Keefe, president and interim CEO of cannabis producer FlowerOne Holdings in Nevada, said he expects state regulations to evolve over time to allow on-site consumption, but it will be slow.

Smoke Lounges Are the Future

The rollout has been sluggish, though smoke lounges are coming to Las Vegas, said Jacob Silverstein, co-founder and CEO of the cannabis brand Hunter & Leaf, and the manager who started ReLeaf, the first dispensary in Las Vegas in 2015.

“You need to give people a safe environment to consume,” he said. “There’s a missed opportunity when you do not provide a safe, secure place for consumers to utilize the product that they’ve purchased. If you’re going to permit the use of cannabis for adults, you have to permit a place for them to use it.”

When Nevada legalized cannabis, some hotels were not allowing the on-site usage of cannabis products. Fox said that sort of attitude could be counter-productive to making money in new markets like New York.