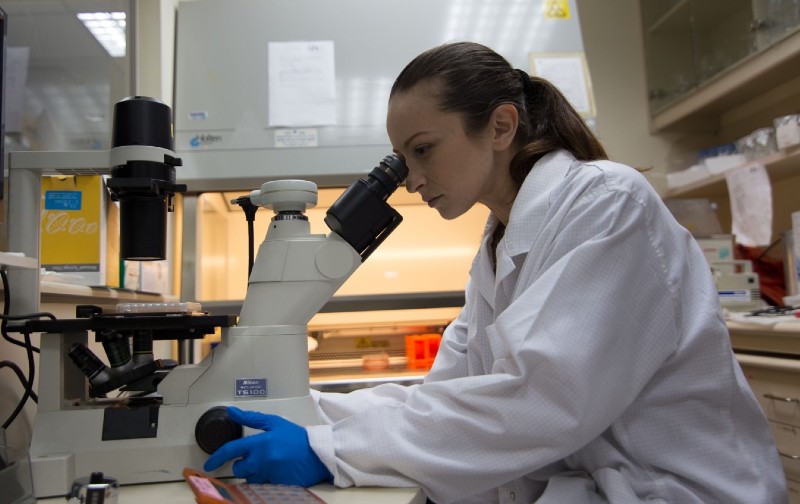 How quickly does your cannabis take effect? Is it the same every time? How much of what you pay for is actually being absorbed by your body?

These are important questions for consumers and they’re even more important for doctors who want to prescribe medical cannabis to their patients.

When we can answer those questions, the industry will take a rapid leap forward.

Doctors could confidently tell a patient what to expect from the medicine they’ve been given, including how quickly it will take effect, how long a duration it will have, and how to create an effective dosing regimen for their needs.

That’s why we chose CannRx Founder and Chief Scientific Officer Dr. William Levine as our Innovator of the Year: 2019.

In August 2019, CannRx released new data about their proprietary technology CannTrap. This development, though still in trial stages, allows ingested cannabis to be absorbed 100 percent by the body.

Normally, cannabis and cannabis-derived products have a bioavailability of six to eighteen percent.

CannTrap carries cannabinoids so effectively that it reduces the amount of time a person has to wait for the cannabinoids to take effect.

Their pharmacokinetic research shows that the technology can reduce the maximum dose waiting period from two hours to just 30 minutes.

If taken sublingually, that waiting period is reduced to five minutes.

Better still, CannTrap can deliver a controlled release, offering short-term or prolonged effects to suit the needs of the consumer.

We spoke with Dr. Levine to learn more about the science behind this technology and how it stands to completely disrupt the industry as we know it. 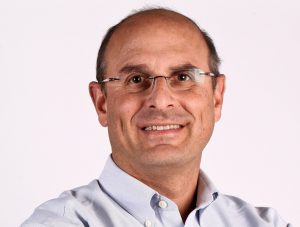 Cannabis & Tech Today: CannTrap is a molecular delivery system, would you explain what that means?

Dr. William Levine: It’s actually a pretty simple system. The way our bodies work is that, as we absorb materials, like nutritional materials, or drugs, or any particles into our body, the body distributes it throughout the bloodstream by anchoring it to a protein carrier molecule.

So the protein basically picks up the nutritional material and delivers it throughout the body into the areas where it’s needed. It uses the same system to remove toxins from the bloodstream by transporting the toxins to the filtration system where they’re screened.

So, we mimicked the natural blood transportation system by building a protein carrier that is actually food-based. Some proteins we use are from natural food supplements and some of them are actually derived from cannabis.

We pulled the proteins out of cannabis, which people aren’t really using. Then we use those as part of our carrier system. I like to think of it, visually, as a fisherman’s vest.

Basically, the protein molecule has a lot of different pockets and it loads up the cannabinoids, terpenes, and all the other flavonoids and bioactive material into the pockets and brings them to the target where they need to be.

What it does is fascinating because clinically, it increases the bioavailability of cannabis by a five-fold figure. So it’s a dramatic change in the speed with which it goes into the body, the amounts that go into the body, and the control that we have over how much time it will actually stay active in your system.

In a sense, it’s a platform that can make every single cannabis product better and safer.

C&T Today: Would that mean you could make one edible active for two hours and another active for four hours using CannTrap?

It’s very needed if you think about it, because sometimes you want to have something just for a short burst, and other times you may want it to stay in your system for a longer period of time, depending on the reason why you’re taking it.

C&T Today: You’re using this formulation in some of CannRx’s proprietary blends, is that right?

WL: Yes. We really believe in the CannTrap delivery system, so if a product can use that system, we prefer to use it. For example, when someone takes a sublingual dose, it’s placed by dropper under the tongue.

But when we CannTrap that material, we actually get a very rapid increase into the bloodstream for about five minutes and we can actually control that to be gone in an hour or two. So you can have a very short, powerful effect and then have it cleaned out of your system.

C&T Today: Is this something you intend to license to other companies so that it can be used more broadly?

WL: The answer is yes. We certainly don’t want to keep this only to ourselves, but we like to work with quality partners. We feel we’ve created something that’s really a game-changer in the industry so we want to make sure it’s used in a positive way.

We don’t want to license this technology out to everybody because the industry isn’t ready for it. What we’d like to do is develop strong partnerships with quality partners that would enable us to share the same ethical concerns and scientifically-driven product-development programs that we value and partner with those companies, specifically.

C&T Today: What are some of your ethical concerns?

WL: I wouldn’t necessarily be interested in creating a very high-powered high for the industry.

That could lead to uncontrollable effects. We’ve created something that has a much higher bioavailability than anybody has ever seen before. So, we need to develop this in a way that creates the best results for consumers. 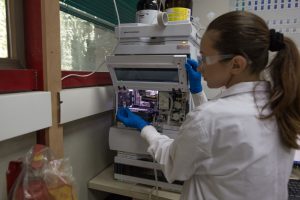 A member of the CannRx research team running samples. Image courtesy of CannRx.

WL: You know, it’s very interesting because we uncovered that as we were actually looking at all of the toxins associated with the plant when it’s harvested and then extracted.

We actually ran it through a battery of tests that indicated all the potential toxins, different hydrocarbons, formaldehyde, which are naturally in the plant.

They can become concentrated in a lot of the solvent-based systems, because when you extract you’re putting the plant into a strong solvent and then you’re taking out a concentrated material of whatever was in there.

Whatever percentage of toxin material that was there beforehand — it’s more concentrated now. And so what the CannTrap does is that it doesn’t bind to them. So, when we actually do the protein binding, the proteins will not pick up those toxins. It will leave them in the solution.

C&T Today: How will this advance medical cannabis research?

WL: Controlled bioavailability, onset, and dosing are critical to be able to look at a product’s effect.

There’s one thing we really want: if you look at the world of medical cannabis, you need to standardize the quality of the materials that you’re delivering to the patient, but you also need to have some sort of standardization as to how you’re getting it into the system so that you can measure that.

So, the CannTrap will provide a platform for us to develop efficaciously-driven drugs. When you take this, you know that you’ll get an effect like you would if you took an Ibuprofen for pain in your shoulder.

You know that about 30 or 45 minutes later your shoulder is going to be feeling better. We want that kind of predictability with cannabis.

C&T Today: Absolutely, that would change everything.

WL: Then I think there will be a lot more uptake. The world has changed, but doctors are a little more slow to change for the simple reason that they are responsible for the safety of their patients.

They can’t go trying things that are untested and they’re not wrong. The FDA suffers from the same issues; they’re charged with protecting the safety of citizens.

But, this will go a long way toward giving doctors the confidence that this product can be used medically.

C&T Today: Are there any unexpected ways you think this might impact the industry?

WL: It’s a game-changer in concept, because it does two things which are critical: number one, it improves the qualities that we talked about.

But number two, and this is equally important, it doesn’t change the molecular structure of the cannabis. Why do I say that that’s so important?

Think of all of our ethno-botanical safety data over the years and of all those different people that have used cannabis and are supportive of cannabis. If you change the molecular structure with some modification, you’ve changed the potential toxicity.

Both images courtesy of CannRx and Dr. William Levine