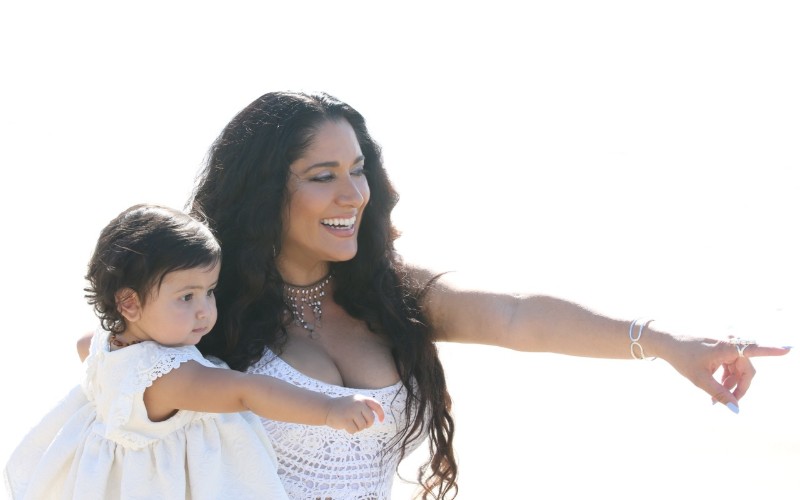 Activist. Business owner. Award winner. Actress. Screenwriter. These are just a few of the many titles that can be awarded to Yvonne DeLaRosa Green. While you may recognize her from her television appearances on hit shows such as Weeds and The Closer or her feature in High Times’ “Top 100 Most Influential People in Cannabis,” you likely know that Yvonne DeLaRosa Green is not only a talented actress, but a major force in the cannabis industry.

The recipient of the first-ever Los Angeles cannabis business license in 2008, Green is the founder and CEO of 99 High Tide Collective, a high-end Malibu dispensary that provides top-shelf strains and CBD products. And, despite her expanded role within the world of marijuana entrepreneurship, Green still finds time to lend her acting and scriptwriting talents to a number of projects. In this exclusive interview, the award-winning actress and businesswoman discusses her journey into cannabis entrepreneurship, the importance of activism in the world of marijuana, and the steps that need to be taken for the industry to thrive.

Cannabis & Tech Today: What initially drew you to the business of cannabis?

Yvonne DeLaRosa: Well, you know, before it was a business, it was a lifestyle, and it’s still a lifestyle for me. I’ve always been around cannabis. I actually didn’t smoke cannabis until I was 18. I wasn’t a smoker, so I was kind of afraid to smoke. I remember I had a really bad headache. I still suffer from migraines, and cannabis is the only thing that has ever helped them.
My friends had thrown me a surprise party for my 18th birthday, and I had a headache and I was so bummed. And my friend was like, “Why don’t you just smoke pot?” And I remember just feeling this veil of pain fall off of me, and I was like, “Whoa.” And the headache just went away. I was giggling; I felt good. And I was like, “Oh my God. I love weed!”

I think that was the first time I really realized that cannabis was not only for fun, but it was also a medicine. Then, years later, my mom was diagnosed with breast cancer. I was at a hemp rally at the federal building in Westwood in California, and this man gifted me this book called The Emperor Wears No Clothes, which was Jack Herer’s bible on all the benefits of cannabis and hemp. And I had no idea. I had no idea why marijuana was illegal, I had no idea why hemp was illegal, and this just opened my eyes. I believe that’s the moment I became an activist, because I had this information, and I could tell people, I could share with people why cannabis had been made illegal, why people were being jailed for it.

Because I knew all the benefits of cannabis, I tried to convince my mom to use it. She had never even had a drink in her life, so it took a little convincing. But she did it, and my mom ended up forgoing chemoradiation, all those toxic drugs, and all she did was cannabis, and follow a very strict vegan diet. That was 12 years ago, and she’s cancer-free. She’s a world traveler, and she’s healthy and happy. She’s my inspiration and my motivation for having gotten into this business, because I saw a need for dispensaries to be upscale, and lovely, and full of art, and welcoming.

C&T Today: You were awarded the very first L.A. cannabis business license. What was that process like?

Yvonne DeLaRosa: You know, it took a while, because I was the very first one, so they didn’t have anything to go on. They basically had to create a license from scratch. Malibu contracts with L.A. County, and when I got the Malibu cannabis license, I had to get my business license through L.A. County, because that’s how they do it.

It was actually quite comical, because I went to the L.A. County business office, and I paid my fee, and I submitted my application, and the lady at the counter looked at it and she’s like, “Oh, no, we don’t do that. No, that’s banned.” And I was like, “Oh, no, actually it’s not banned in Malibu, and you guys do our business licensing, so you kind of have to.” Then she went and called someone else, her supervisor, and the supervisor came and says, “Oh, no. We don’t do that.” And I was like, “No, actually you do. I have to get a business license through you.”

Then she went and called somebody else. So it was like this comedy of errors where everyone was saying, “Oh, no. We don’t do that.”
Finally, I said, “Why don’t you just call the city of Malibu and talk to them?” And they picked up the phone, and I could see them gesticulating, and in shock. Then they came back and said, “Well, I guess we have to give you a license.” They didn’t have a process of how to do it, so it took them a while. But to their credit, they did it. The hearing was actually really historical and epic. It was this tribunal of beautiful women of every race. They seemed more excited than I was. They were just really, really excited to be a part of history and to make this happen. And they had done their research. They knew all about me and the dispensary and what we had done in the past. I think they felt really good about giving us the very first license. It was pretty epic for us. You know, I’m from L.A., and it seemed right. It felt right.

C&T Today: Looking at just the past year alone for you, International Power Women awarded you the 2017 Businesswoman of the Year and High Times named you one of the 100 Most Influential People in Cannabis. How did it feel to see all your hard work recognized?

Yvonne DeLaRosa: You know, the word that comes up often is “surreal.” It really is. It’s all very surreal. I live a very blessed life. I think that’s been a little bit of luck, a little bit of hard work, and just a lot of passion for what I do and what I believe in.

I mean, getting these awards, like I said, it’s surreal. But to me, it just gives me an opportunity to have a voice in this industry and the ability to help other people, especially other women who are wanting to get into this industry. And also, every day I feel like I win an award. I mean, just yesterday I got a text from one of our patients saying that their father, who had stage 4 lung cancer, is now in remission. The cancer is gone, and it’s all because of cannabis. That’s all he used. At the end of the text it said, “Thank you. You saved my father’s life.”

Those are the real awards, you know? The other ones are awesome, don’t get me wrong. But the true award is just knowing that we’re helping so many people. Then, at the same time, it’s bittersweet, because there are so many people, not just in the United States, but in the world, who need this medicine and still don’t have it. So activists never die. That’s first and foremost. I’ll always be an artist, I’ll always be an actress, and I’ll always be an activist. Until every person that’s in jail over this plant is out, I will never stop speaking up for cannabis. I will never stop being an advocate and really, you know, changing the perception of this beautiful, sacred, female plant that has been sadly demonized for so long. It’s a total honor to be changing it all up, and righting a wrong that was done long ago.

C&T Today: Where do you see the business of cannabis developing from here?

Yyvonne DeLaRosa: We’re living in the future of cannabis right now in California. It’s happening as we speak. I think legalization is a wonderful thing, but corporatization of cannabis is not. I say that because I’ve been in this industry for a long time, and I’m seeing the people who stood on the front lines for this plant, for this medicine, being sidelined. Basically being forgotten and not being given the opportunities that they deserve. We’re seeing all the small farmers shutting down. They can’t compete.

We’re seeing small companies struggling right now to try and get licenses while they’re competing. And that’s sad, because this industry was not built by corporations. It was not built by politicians. It was built by activists, and marijuana growers, users, cultivators, artists, and musicians. Right now, I’m seeing things that are concerning me, and I’m hoping that people continue to fight and stand up for people’s rights and for small farmers and for small boutique businesses, because at the end of the day, I’d rather smoke the weed my friend grew, because I know how he or she grew it, rather than buying some corporate weed that I don’t know exactly where it came from or the intention that was put into it.

I think when you grow cannabis, from the minute you put that seed in the ground to the day you bring it into the dispensary, after trimming it, your energy goes into this plant. And if that’s not done right from the very beginning, you ingest those effects. So I think we’re all going to see a bit of a revolution of the people, the small farmers, and the small boutique businesses really standing up and trying to claim what’s rightfully theirs in this industry. And I’m a full supporter of that.