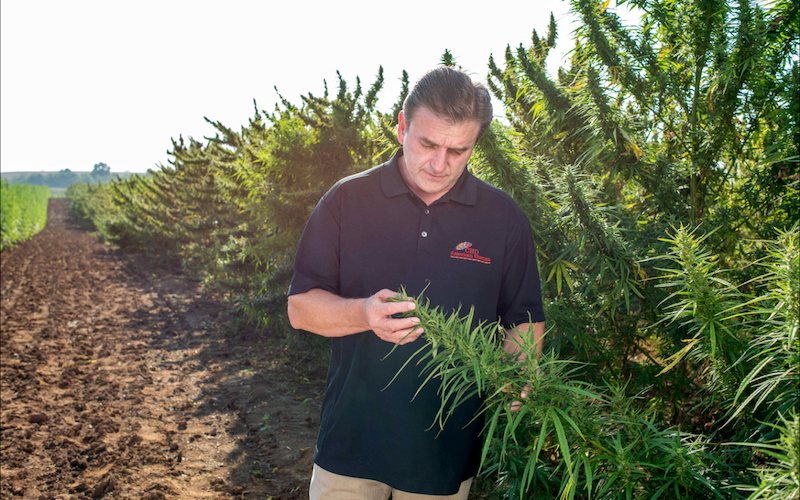 It’s no secret that the CBD industry is blooming. Quite literally. At a time of inconsistent and ever-changing rules and regulations for cannabis, cannabidiol (also known as CBD) is thriving. The substance, which is derived from cannabis and hemp, has become the new buzzword in wellness, beauty, supplements, fitness, and even pet news. Its popularity comes from its ability to provide healing benefits without the mind-altering effects of marijuana. In fact, in June of this year, the FDA approved the very first CBD-derived medicine. Epidiolex was designed for the treatment of seizures associated with two rare forms of epilepsy, Lennox-Gastaut syndrome and Dravet syndrome.

“This approval serves as a reminder that advancing sound development programs that properly evaluate active ingredients contained in marijuana can lead to important medical therapies. And, the FDA is committed to this kind of careful scientific research and drug development,” so claimed FDA Commissioner Scott Gottlieb, M.D. Not only does this new drug mean major strides for medicine, but for the CBD industry as well. This official validation of a CBD-derived product means that the flood gates are opening, and companies are rushing to get involved, resulting in the industry being projected to hit a two-billion-dollar value by 2020.

One such company, CBD American Shaman, acts as a prime example for the growth of the CBD industry as a whole. As one of the primary suppliers of organic hemp oil products, CBD American Shaman is one of today’s fastest growing companies in the hemp industry, having successfully opened over 100 franchise locations within four months of launching its newest partnership programs.

“We are leading historical change,” says Vince Sanders, founder and chemist behind the patented cannabinoid nanotechnology process proprietary to CBD American Shaman. Due to the explosive growth being experienced all around, they have developed “Grow with us,” a variety of partner programs offering aspiring entrepreneurs the chance to start their own business venture in this rising industry. Interested parties can join their mission of promoting global health and wellness through all-natural industrial hemp oil by becoming a retailer with franchise, wholesale, and affiliate programs.

Partners are able to work according to their own schedules, manage their own businesses, and receive exposure in the industry. In addition to the competitive discounts and incentives, the income earning potential can be limitless. With the recent success of their new programs, CBD American Shaman aspires to grow an additional 400 percent by 2020 with an estimated 1,000 franchise locations nationwide.