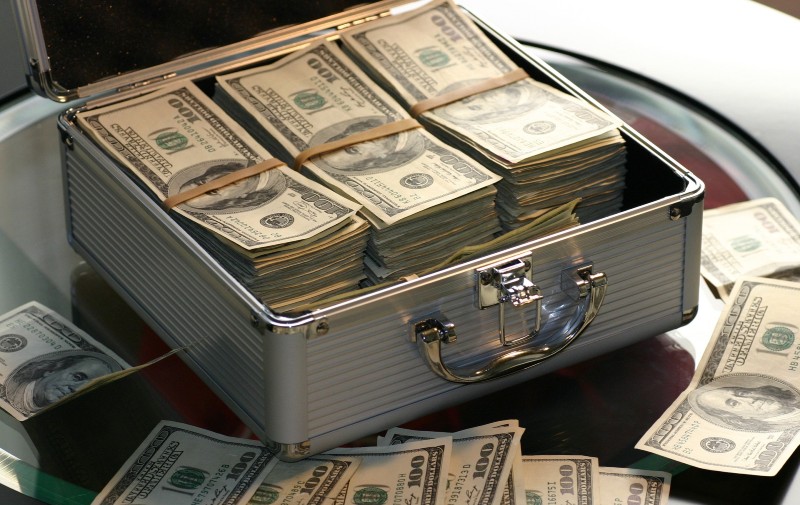 Thirty-three U.S. states have legalized medical marijuana and another 11 have legalized recreational use. In 2018, legal cannabis sales worldwide netted $10.9 billion. This figure is expected to grow between five and eighteen times before the close of the next decade. The one uncertainty when it comes to projecting worldwide cannabis sales is the United States.

The United States is the most lucrative cannabis market in the world. In 2018, the U.S. recorded $8 billion of the $10.9 billion in global legal cannabis sales. That market is expected to quintuple to an estimated $41 billion by 2025. This projected value not only includes the sale of legalized flower, but also edibles, vapes, topicals, beverages, and concentrates.

However, it’s hard to determine exactly how much revenue is coming in because many buyers and retailers are forced to operate and buy from cash-only businesses. Some online dispensaries, like The Amsterdam, utilize Bitcoin for payment. There are also cannabis-centered cryptocurrencies like Potcoin and Cannabiscoin that some online retailers are utilizing. Cash only and cryptocurrency businesses can make profits difficult to track.

The United States Government remains fairly firm on keeping cannabis listed as a Schedule I drug. This puts the plant into the company of heroin and LSD: illegal, holding no medical value, and prone to abuse. As long as Congress continues to list cannabis as a Schedule I drug, there are certain issues that will plague those operating in the industry, even in states where cannabis is legal.

This can negatively impact all aspects of the cannabis industry, especially dispensaries. They are often forced to rely on being a cash-only business, which is a security risk. Even companies such as Visa and Mastercard are refusing to work with those in the cannabis business.

In September, the U.S. House of Representatives overwhelmingly passed the Secure and Fair Enforcement (SAFE) Banking Act. In a nutshell, the act ensures that banks and credit unions would be protected from being targeted by the federal government for providing services, including banking, lines of credit, and loans to those in the cannabis industry. Currently, the industry relies on the protections offered by riders that need to be renewed each year.

Now that the SAFE Act has passed the House, it moves on to the Republican-controlled Senate. This means that there are still major roadblocks ahead for the bill. For example, in July, there was a hearing on banking and cannabis and Republicans didn’t even bother to show up. Senate Majority Leader Mitch McConnell remains staunchly opposed to marijuana legalization, and he could even prevent a vote on the issue.

Another issue is that with an election year coming up, many members of Congress believe that the overlying issue should be addressed. The overlying issue is the current Schedule I status of cannabis. Many Democratic and Republican Senators believe that this issue should be resolved first, which would hopefully negate the need for a banking act to allow cannabis businesses access to financial institutions.

When it comes to gaining access to financial services, smaller banks are often willing to fill the gap. Some cannabis companies are taking the initiative and launching their own credit card companies. The cards are often limited to their own dispensaries, but it is an example of the kind of ingenuity being seen in the burgeoning industry.

When it comes to banking and cannabis, a vote is expected in the Senate on the SAFE Act by the end of the year. There is also hope that at some point in the near future, cannabis will be rescheduled, removing it from Schedule I status. Until then, the cannabis industry may have to continue relying on cash, small banks, and their own financial creativity to make the business work.