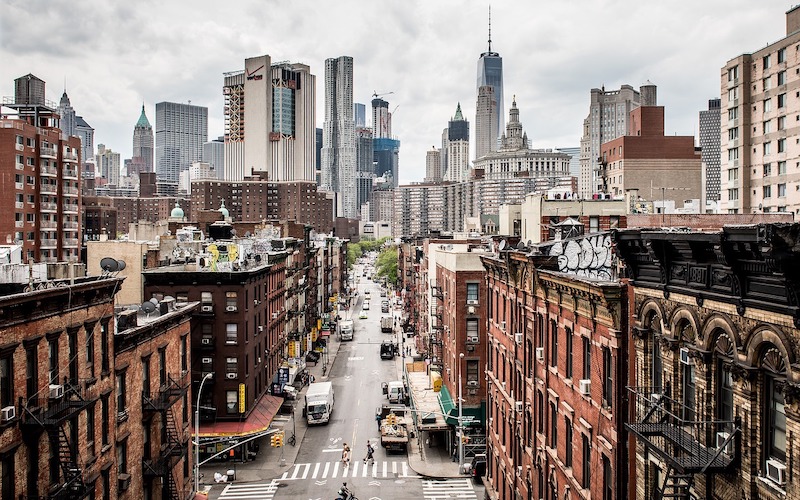 Only a few months into the new year and numerous states have made progress on adult-use cannabis legislation. However, some of the states expected to legalize next may be held up for one reason or another. In other cases, bills are making their way through once restrictive states.

Here is the latest on some of the states most likely to legalize in 2019.

New Jersey Governor Phil Murphy began 2019 with a call to push for adult-use cannabis legalization in the state. At his State of the State address, Gov. Murphy called for reform to reverse the inequality of the War on Drugs while shifting public resources to other safety measures.

Since then, not as much progress has been made as some would like. Some fear that legalization may not occur the further the state moves into the year. One Murphy source recently told NJ.com that a deal is “darn close,” but they didn’t think it was there yet.

New York Governor Andrew Cuomo also used his State of the State address to call for cannabis reform to come in 2019. Cuomo took a page out of Murphy’s playbook by calling for the change to occur in the first 100 days of 2019. This may prove to be difficult as a deal does not seem to be in place at this time.

In fact, some are beginning to wonder if it will happen at all. State Assembly Speaker Carl Heastie has said that the complex needs of the bill may make it impossible to establish regulations, economic impact, and other analysis to be included in the state budget. As of April 1st, New York passed their budget without marijuana legalization.

With Michigan becoming the first Midwestern state to legalize adult-use cannabis, all eyes have been on the region. At this time, Illinois may be the next domino to fall. With Democrats in control of the Governorship and the state’s legislative branches, many believe Illinois could pass legislation soon enough.

On February 11, the first bill to legalize cannabis in the state was introduced. The legislation calls for licensed cultivating and selling as well as allowing residents to grow up to 24 plants at home. The Bill in Illinois officially passed and now cannabis for recreational use will be legal starting January 1, 2020.

By mid-January, Connecticut lawmakers had introduced the state’s first bill of 2019 to legalize cannabis. This could be the first of many progressive measures made by state lawmakers after Democrats gained control of the state Senate. Since then, discussions have centered around its revenue potential for the state and other key parameters.

While state officials may be closer to a resolution on cannabis, the public appears to remain split to some degree. In recent days, a billboard 60 miles away from Massachusetts that stated “Weed is legal in 60 miles” has sparked anti-cannabis rallies.

Illinois may not be the second state to legalize adult use cannabis if Minnesota continues its own progress. A bill introduced in late January would allow for adults 21 and over to grow and buy legal cannabis in the state. The measure was introduced by Senator Melisa Franzen and Representative Mike Freiberg as well as Republican Senator Scott Jensen.

The move is aimed to revise the state’s current policy, which the bill’s supporters consider outdated. Instead, the proposed legislation would create a regulated market which would provide safety measures while applying restrictions on marketing to minors.

That said, many lawmakers seem not to consider the issue a priority for this year.

Rhode Island Governor Gina Raimondo may not like the idea of legal cannabis, but she understands that her state is soon to be surrounded by it. As such, Raimondo proposed legalizing cannabis in mid-January this year. In an article to the Providence Journal, the Governor wrote, “We’re not an island, in fact. Like it or not, we’re going to be incurring public safety and public health expenses because it’s legal in Massachusetts … And I think it is time for us to put together our own regulatory and taxing framework.”

Raimondo’s reluctant shift comes with more restrictive measures than other proposed legislation. In this case, the Governor is calling for bans on high potency products and home cultivation.

New Hampshire began the year by quickly passing a recreational use bill in its House of Representatives. However, it was uncertain to survive the Senate and its staunchly anti-cannabis Governor, Chris Sununu, who cited his opposition on largely debunked War on Drug concerns. “To go to a full recreational marijuana when other states are seeing all the problems it has and issues it is bearing – it’s definitely not something I’m supportive of right now.”

Since then, the state has held public hearings on the matter. At this time, it is uncertain how the bill will fare moving forward.

New Mexico recently passed a recreational use bill out of committee. The legislation will now need to move through the legislature to be signed into law. If passed, New Mexico would allow adults 21 and over to hold up to two ounces of cannabis and 16 grams of extracts. Home growing would also be allowed and capped at six plants for personal use.

The measure faces an uncertain future. Though lawmakers do appear open to signing off on the bill if it addresses basic public safety parameters. The state’s Governor, Michelle Lujan Grisham, was a noted pro-legalization candidate on the campaign trail last year.

Legislative developments can occur at any time. With plenty of measures uncertain, deals and developments are likely to be brokered. Be sure to follow the news regularly for all the latest on movements across the nation.